Scientists made a surprising discovery inside the mummy of a crocodile 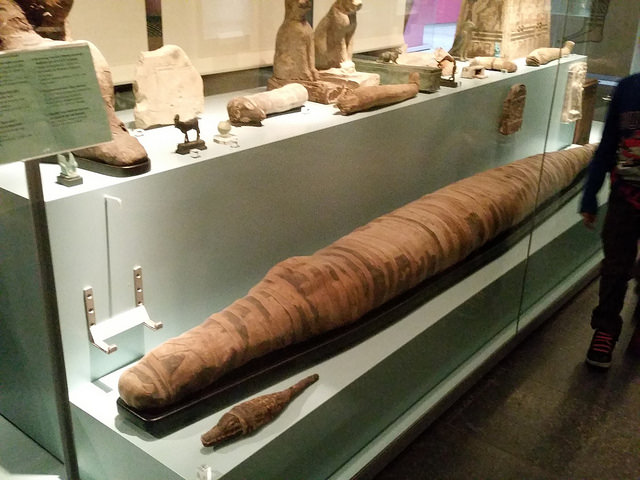 Three-meter mummy is in the national Museum of antiquities in Leiden in 1828 and is demonstrated in its Egyptian galleries. In the 1990-ies the scan showed that under the cloth tapes lurk two crocodiles, but did not notice 47 separately zapalonych kids.

To find out what is hidden inside the mummy, it took three-dimensional computed tomography. “Crocodiles hard to see on the oldest pictures, if you do not know that they are there, and we never expected to find them,” says Museum curator Dr. Lara Weiss. The mummy was an offering to the Egyptian God of water and the flooding of the Nile Sobek, which was depicted with the head of a crocodile.

The Museum describes the discovery as “exceptional.” The use of young and old species of crocodiles reflects the ancient Egyptian life after death. The scan was originally planned as part of the preparations for a new exhibition that will allow visitors to conduct “interactive virtual autopsy” of the mummy of a crocodile and the Egyptian priest. The exhibition will give people the opportunity to explore each layer of the mummy and a close-up look at the charms beneath the cloth.

In 2015, scientists at the British Museum in London discovered in the mummy of a giant crocodile 20 newborn crocodiles strapped to his back. The opening was also done due to the method of computer tomography.