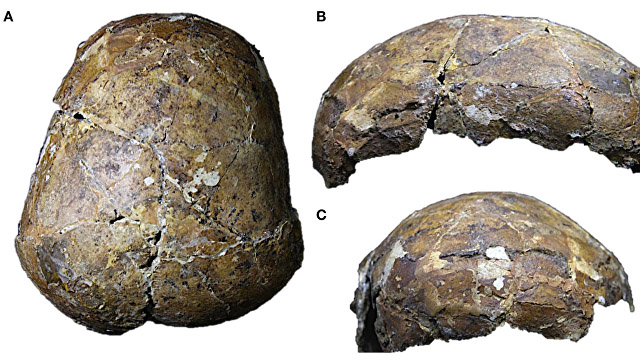 Re-examination of the mysterious “deep skull” of Niah cave on the island of Kalimantan, supposedly the oldest trace of a man in Asia, unexpectedly showed that its owner was a relative of modern Australian aborigines and Melanesians.

“The results of our analysis of the overturn conventional wisdom about the early history of this region. We found out that this skull is more similar to the modern inhabitants of the island of Borneo, with delicate features and a small body, and not to Australian aborigines,” said Darren Carnot (Darren Curnoe from the University of New South Wales (Australia).

Carnot and his colleagues for more than five years conducting excavations in the South-East and East Asia, studying the history of its settlement the first representatives of our species. In March 2012, they made an amazing discovery in the cave of Red Deer in the South of China the remains of a man apparently were not Homo sapiens.

This discovery and also the discovery of the remains of another alleged form of “other” people in the ocean off the coast of Taiwan, for the first time led scientists to think about the fact that in Asia 15-50 thousand years ago lived several types of people, in addition to the first ancestors of modern Asians.

Up to the present time, scientists believed that the first inhabitants of the subcontinent, says Carnot, appeared in Asia around 50-45 thousand years ago, as indicated by the famous ‘ deep skull found in 1958 in a cave Niah British archaeologists. Based on his form, they concluded that its owner was similar to the modern inhabitants of Tasmania and was one of the ancestors of the negritos and modern Australian aborigines.

This discovery came as a surprise to scientists, as the modern inhabitants of the island of Kalimantan and the whole of South-East Asia is not like the inhabitant of the caves of Niah or natives. This has forced anthropologists to conclude that Asia was populated in two waves of migration, first to penetrate the ancestors of the aborigines, and then some of them were replaced by ancestors of modern Asians.

“The findings don Braswell origin of this skull had a huge impact on science, but they are, for the most part, not tested, and therefore we tried to understand whether they are the truth 60 years after the discovery of this skull,” says Carnot.

According to him, the British discoverers of the skull believed that they were able to find the remains of burden, who died in the early years of his life. With the support of the provincial Museum of Sarawak, where he kept “his” skull, the authors re-analyzed its structure and was surprised to find that in fact, this skull belonged to an adult woman.

This radically changes the situation given that the owner of the skull was a grown man, then it becomes clear that it was similar to the modern inhabitants of the island, not the Australians and the negritos. Accordingly, this casts doubt on the idea of two waves of migration speaks in favor of a more early settlement of Asian modern humans.

As noted by Carnot, these findings correspond to recent genetic studies, which recorded the presence of two waves of migration in the DNA of modern Indonesians and people of Papua New Guinea. Apparently, the history of settlement in Asia was more complicated than we imagine it to represent, concludes the scientist.