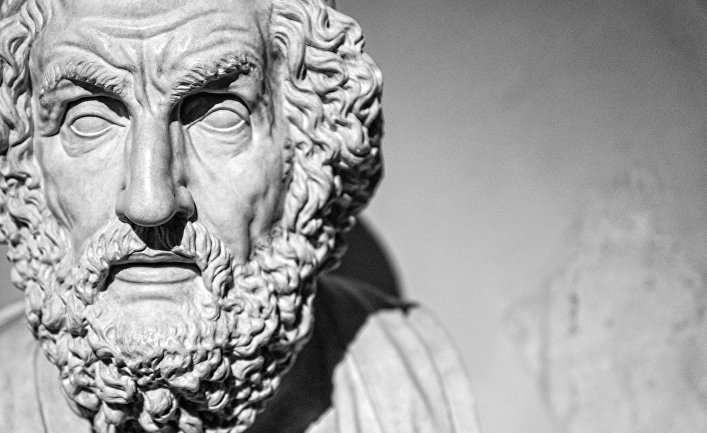 The Trojan war was even more grandiose event than Homer assures us. This famous conflict could be one of the final acts “world war Zero”, as one archaeologist — event 3 200 years ago destroyed the civilization of the bronze age in the Eastern Mediterranean.

What was the catalyst for this war? Probably the mysterious and powerful civilization of luvisi, which is seriously underestimated by archaeologists.

To the second Millennium BC civilization spread and stuck all over the Eastern Mediterranean. New Kingdom of Egypt co-existed with the Hittites of Central Anatolia and the Mycenaeans from mainland Greece, as well as with other peoples.

But they all failed, and it happened within a generation or slightly more. Maybe the culprit were the climate changes? Or a storm caused by a powerful earthquake? Maybe the unrest in the society? Archaeologists can’t agree on this subject.

The head of the international non-profit organization Luwian studies from Zurich, Zanger Eberhard (Eberhard Zangger) said that the diversity of scientific views caused by the absence of one critical piece of the puzzle. According to him, the most important role in the downfall of these States played another powerful civilization in Western Anatolia.

His research of the scientific literature on this subject indicate that Western Anatolia was particularly rich in minerals and deposits of ores of metals, and therefore in ancient times this region could be extremely important.

After studying satellite images, Zenger also found that the area of Asia Minor was densely populated in the epoch of the late bronze age. He found approximately 340 places, like the city, of which to the present moments unearthed only a few.

“Some of these cities are so large that they can be seen from outer space, says scientist. — We can wait for such important discoveries that just the head goes around”.

In ancient Hittite texts tells of several small kingdoms in Western Anatolia, who spoke different dialects of common Luwian language. According to Sanger, for this reason, we can legitimately talk about the fact that they formed an independent Luwian civilization.

From the Hittite texts, we know that the Luwian kingdoms sometimes created a fairly powerful alliances to attack the Hittite Empire. Sanger, believes that 3 200 years ago luvici it did so, the combined efforts defeating the Hittites.

Shortly after the fall of this Empire came the invasion army, which in ancient Egyptian texts called the “sea people”. According to Zangger, it makes sense to consider these people of the sea luvisi, who continued their war for power and wealth, and in the process has weakened and destabilized the New Kingdom of Egypt.

The Mycenaeans, anticipating that the next strike would have on their territories, United into a very large coalition against luvisi, says Zanger. They crossed the Aegean sea and themselves attacked them, destroying their civilization and destroying such important towns as Troy, which Homer immortalized in his Iliad.

But back to Greece and suddenly realizing that no threats no longer exist, the Mycenaeans had a falling out and started a civil war, which alludes to Homer in his “Odyssey”. Their civilization collapsed in this region in the past.

Changer, argues that only this sequence of events is consistent with the records of ancient texts from the Eastern Mediterranean. It also explains why, according to archaeologists, almost all the major cities in this region were destroyed during the war of the end of the bronze age. Zenger, outlines his ideas in a new book, and also on the English website, which opens today.

The story is stunning — but whether it is true?

And what other scientists think about this lost Luwian civilization? Many of them dozens of years ago ceased to ascribe to the ancient peoples this sort of monolithic cultural identity, says Christoph Bachhuber (Christoph Bachhuber) from the University of Oxford.

“In confirmation of the statement Zangger of a powerful civilization, archaeologists have to discover examples of monumental art and architecture throughout Western Anatolia, and ideally the texts from the same places,” he notes.

Linguist Ilya Yakubovich, who teaches at the University of Marburg name of Philip, says that the extant texts belong mainly to the epoch of the late bronze age and draw a little muddled picture where you can see and reinforcements, and a refutation of the theory Zangger.

And here, the narrative Zangger about “world war zero” also seems very controversial. “It introduces the idea of ancient international war,” said Michael Gallagher (Michael Galaty) from the University of Mississippi. — The majority of archaeologists are against using such terminology”.

Bachhuber, calls this a stunning story, noting that today archaeologists are questioning the ancient epics, including Homer’s writing. According to scientists, they contain only a small fraction of the historical truth.

However, Sanger States that there are several ancient narratives about the Trojan war, and it follows approximately the same as in the “Iliad” of Homer. In one such story, written in the first century of our era, even speaks of a now lost Egyptian monuments prove that ancient conflict.

But despite the criticism, almost all give a high evaluation of the theory Zangger in the sense that it contributed to the growth of interest in the era of the late bronze age and the archaeological research in Western Anatolia, which scientists have long been neglected. According to scientists, this will only benefit the science.

“He really was able to awaken interest in holistic scientific research in Western Anatolia,” says Bachhuber. — Actually, I am very glad that he was able to draw attention to this region.”