Secrets of ancient burial in Kazakhstan 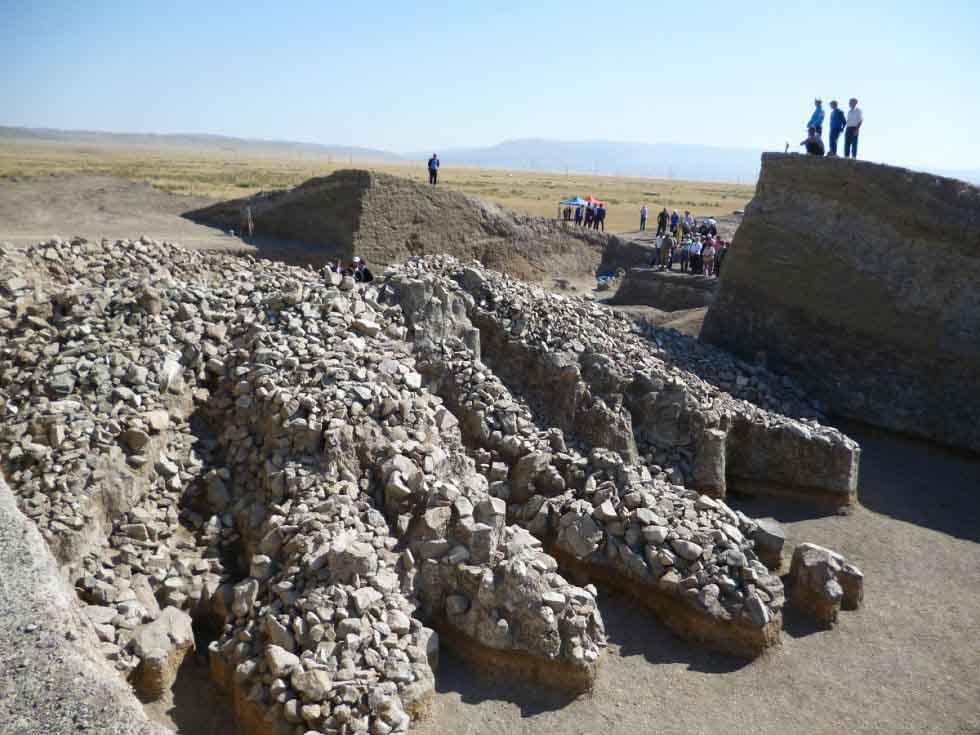 “Our ancestors already 2800 years ago knew micropause, when in Europe there was even such a thing. We found in the excavation of a Griffin, a leopard, two deer, fluted gold that proves the existence of a common culture. Arrowheads and knives made of iron. The fine details of the items we found, like a cap mushrooms, which naveivali ears, so that they can sew clothes,” says the Professor.

Connect the smallest details – very fine. It is possible only when using magnifying glass. Such beads are found only in the graves Chiliktinskaya valley. Experts from the Hermitage was surprised to see these products, because in order to braze, you need to heat a tiny piece of metal up to 1100 degrees.” 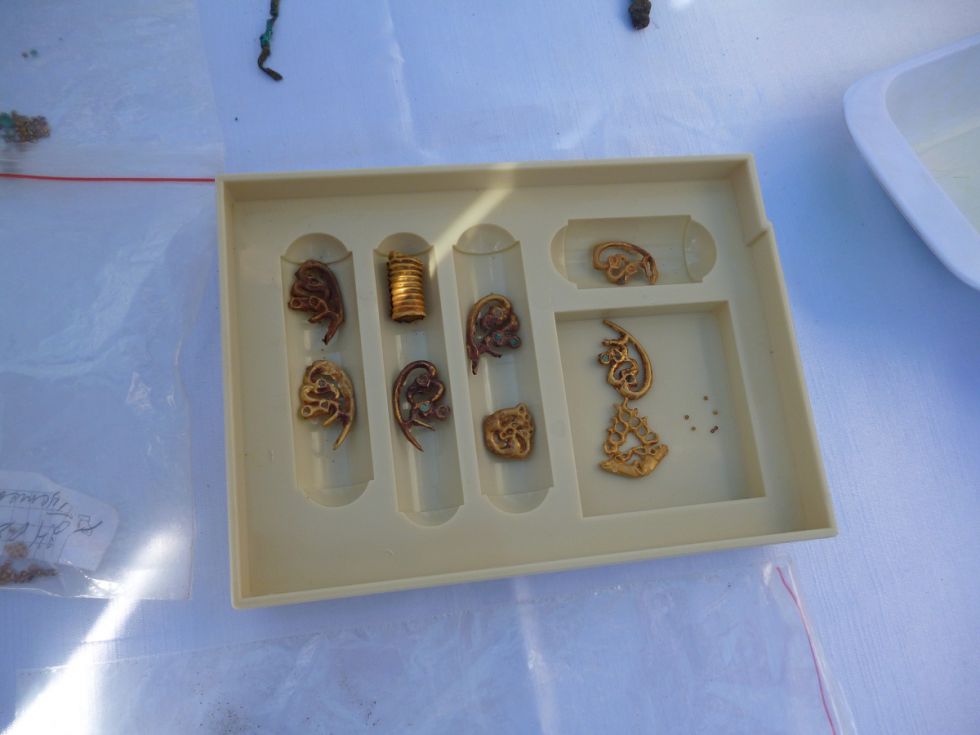 In the valley itself, the researchers counted 50 mounds of Royal personages.

“The height of the mound determines the status of the person. Baiga-Tobe was seven meters 90 centimeters tall. This building was erected for senior people. When the three parties made a trench, found a stone sketch. Opened on the East side, found a dromos (passage to the burial chamber – ed.). Began to go – found a crypt. Prior to that, opened the southern part, thought that the Western part is the huge wall of the frame, and there was a further burial. Found six Golden eagles, and other items. Some have inserts of turquoise”, – says Deputy head of the archaeological expedition Rinat JUMATAEV.