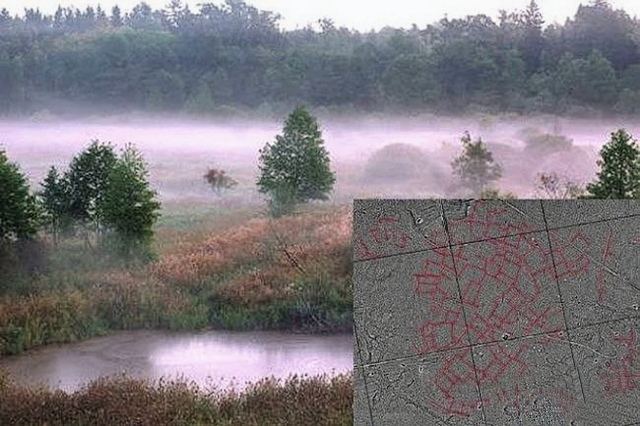 The Biosphere Reserve “Belovezhskaya Pushcha” is one of the most important natural attractions of Belarus and Poland. The remains of a relict forest grow here, which covered the territory of primeval lowland Europe. Unique millennial oak forests with rich flora and fauna (the fauna includes 59 species of mammals, more than 250 species of birds and about 1200 species of invertebrates) attract scientists from all over the world.

The study, which was carried out within the framework of the Life + ForBioSensing project: comprehensive monitoring of the dynamics of forest stands in Belovezhskaya Pushcha using remote sensing data, provided for laser scanning of the earth’s surface from the air. Scientists used an optical lidar (LIDAR – Light Identification Detection and Ranging) – a basic device that appeared in the early 60s of the last century and improved to the stage of modern mature technology.

The principle of its operation is as follows: a laser beam is directed from a radiation source, which, reflected from a target, is captured by a light-sensitive semiconductor device. In other words, the object is illuminated with a light pulse, and then the time after which the signal returns to the source is measured.

Analyzing the obtained data, scientists, without expecting it, found traces of an ancient civilization on the territory of the Polish part of Belovezhskaya Pushcha – linear objects unknown to science several tens of meters long. The height of the objects is only 20-30 cm, but this is only because most of the buildings are underground, they have to be excavated – along with amazing artifacts that are waiting for their discoverers.

Currently, Polish scientists are trying to figure out not only the function, but also the dating of the structures. Earlier, excavations were already carried out on this territory – then stone structures (burial grounds and mounds) of the early Middle Ages (5-12 centuries AD) were found on the surveyed area. This means that the present find is much older.

The results obtained present the relic forest in a completely different light – as an object of anthropological research related to the activities of ancient settlements. And this intriguing discovery is not the only one of its kind. The use of lidars in archeology has become a promising trend, thanks to which a prehistoric city with an age of 10,500 years was recently discovered in the forests of Oklahoma, and in El Mirado – the world’s oldest superhighway. Each such discovery is an important step in the study of that part of earth’s history about which we know nothing.