It would seem that everything is known about Stonehenge and on the network you can see hundreds of thousands of photos of this ancient monument, which, through the efforts of the British authorities, became a mecca for tourists, and who saw it from above?

An official photo of the Stonehenge Monument published an interesting photo showing one of the megalithic stones standing in Stonehenge from an unmanned aerial vehicle.

On the upper part of the megalithic stone, two spherical protrusions, clearly created not by nature, and several round indentations are clearly visible.

According to scientists, this is a fastening system that served to firmly connect two megalithic stones, the lower one, which we see in the picture and the upper one, which fell down a long time ago. 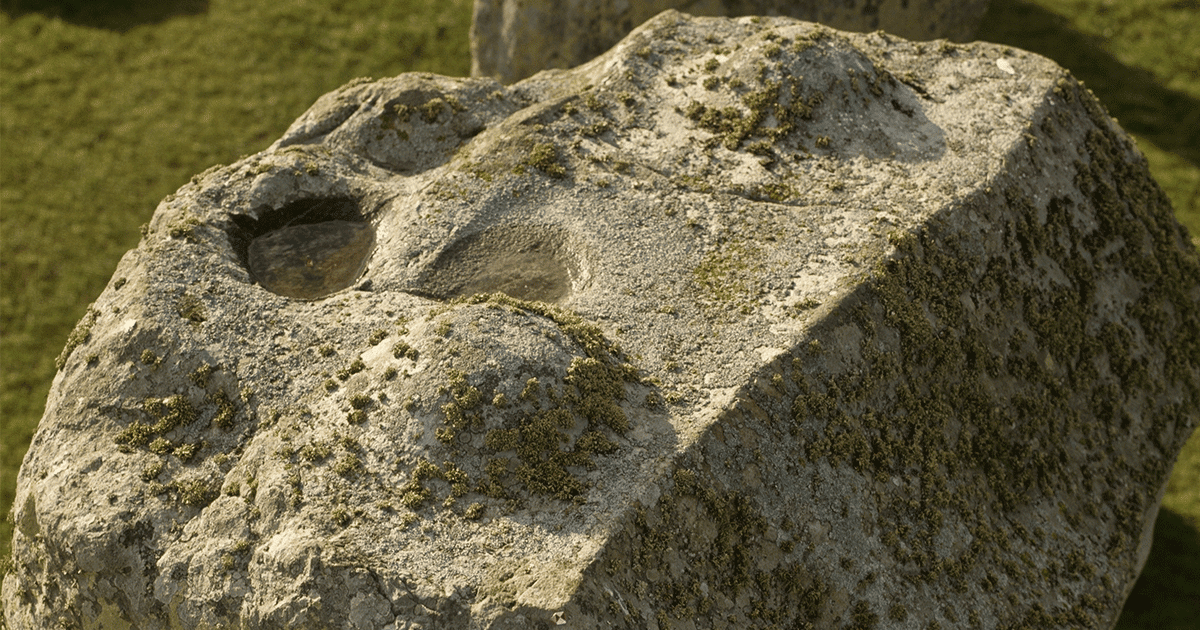 A good official version, but this picture, if you think about it, raises a number of questions about the technologies used in the processing of these megaliths and the methods of its construction, which are somehow very advanced for those who are charged with creating this ancient monument.