Secrets of the Mexican “Temple of Skulls”

Mexican archaeologists have discovered a “temple of skulls”, dedicated to the Aztec god of death Miklantekutli. On the territory of Mexico, this is the first temple discovered, dedicated to this deity. The discovery was made during the archaeological excavation of the city of Teaukana. The construction of the temple scientists attributed to the XIV century. Meanwhile, it was not completed due to the invasion of the Spanish conquistadors in 1456.

Two human skulls and eight tibia bones were placed in one of the walls of the found structure, which were located in specially made niches. In the temple itself, scientists dug up about 300 fragments of human bones belonging to those who were sacrificed to the lord of the underworld.

On the roof of the temple were two ceramic skulls and a stone with the image of Miklantekutli. The jaw of one of the heads was painted red, which indicates its belonging to this god.

To determine which god the temple belonged to, allowed the Borgia code – a manuscript, located in the Vatican library, which describes various Aztec deities. In this book, once owned by Cardinal Stefano Borgia, Miklantekulty is portrayed with a red tongue. 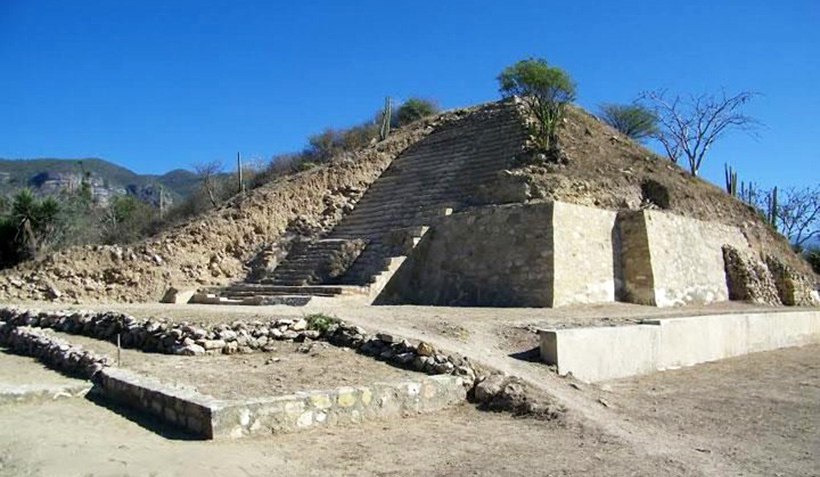 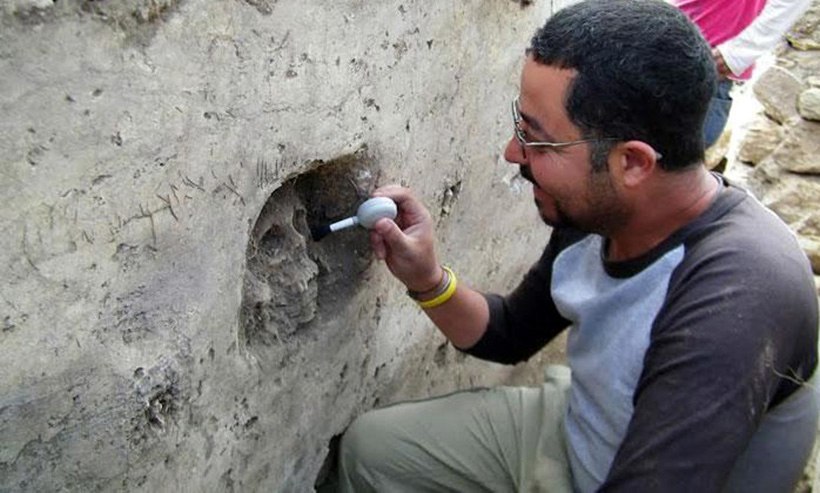 The Aztecs Miklantekutli among the deities of the afterlife were most revered. In his kingdom could only get people who died as a result of natural death. It was usually represented by Miklantekutli in the form of a bloodied skeleton or a man with a toothy skull instead of a head that absorbs the souls of the deceased. He wears a necklace of human eyes, and his head is decorated with feathers of an owl.

However, despite the fact that the head of Miklantekutli is a skull, the eyes are always in the eye sockets. The hands of Miklantekutli are often portrayed raised in a threatening pose. In the codes it is sometimes depicted with an open mouth, eating stars that disappear in the daytime. His constant companions are a bat, a spider and an owl.

I decided to call this object “Temple of Skulls” Ramon Lopez Valenzuela – head of the excavations of the temple of the god of death. Scientists failed to make DNA analysis of detected skulls because of their poor preservation, but anthropological studies are being conducted.