Secrets of the pyramid of Djoser 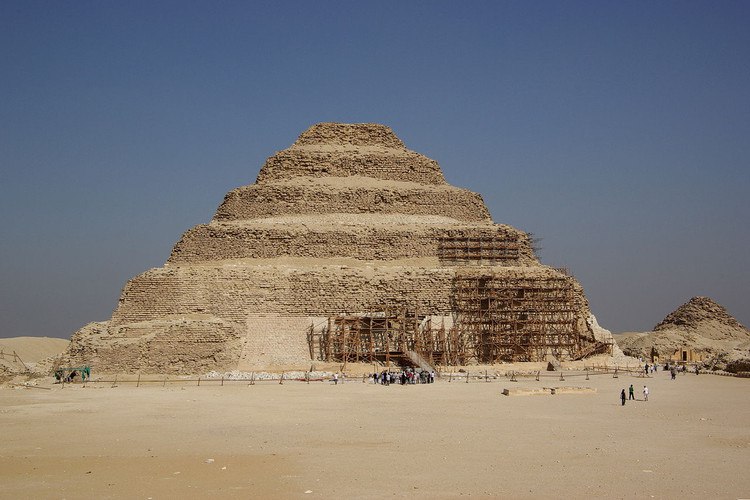 A hundred years ago, scientists doubted for whom a stone pyramid was built on the Sakkara plateau near the ancient Thebes. The affiliation of the pyramids in Giza to the pharaohs of Cheops, Chephren and Mikerin has been known since the time of Herodotus, but to whom the very first six-step community is destined, which for 4650 years was a mystery for a long time, and the problem was solved more than 200 years ago.

True, they knew who built it from the hewn monoliths – the architect Imhotep, about which a lot of information and legends were preserved. Now the pyramid is considered to be the tomb of Pharaoh Djoser, who for long remained with the titles “mysterious” and “mysterious” for Egyptology. In encyclopedias, the dates of his reign are conditional, called only XVII century BC. In many history textbooks, he is referred to the legendary kings of Egypt.

Miracles and adventures with the first step pyramid began with the attempts of the German military engineer Minutoli to penetrate into its bowels. For a year he could not find the entrance. In 1821, he struck an incline in a stone mass and immediately stumbled upon a vaulted gallery, and then on a system of complex corridors and passages. The sarcophagus was at the bottom of a deep pit. It was opened, but it was empty. The Germans were discouraged.

The short report read: “The pyramid is mute and mysterious, for it is completely devastated, there are very few hieroglyphs inside.”

However, it was still impossible to read the inscriptions, for their decoding began in the middle of the 19th century after the works of the French Egyptologist Champollion.

Another expedition of the beginning of the XIX century in a pile of rubbish inside the underground corridor revealed a gilded skull (according to other data a gilded mask) and a foot of a mummy with gold plates on its nails. Most likely, these were the remains of a pharaoh, but the mystery was aggravated by the fact that the ship with the pyramid finds sank into a storm in the Mediterranean Sea. He drove more tons of cargo, but their list was also on the bottom.

However, the excavations of the XIX century have clarified something.

After the death of the pharaoh in the country, something has happened, most likely, a change of dynasty, for under the new rulers of Egypt his name is not deliberately mentioned, and the robbery and destruction of the tombs were well organized. Simple robbers had no reason to carefully knock down the name of the pharaoh and a list of his deeds.

About a hundred years after the failure of the first explorers, excavation work began the French archaeologist Jean-Philippe Lauer (1902-2001). They lasted 36 years. So he managed to open and clarify a lot of extremely interesting. First of all, he established that the underground crypt and chambers in his galleries were looted and damaged immediately after the death of the pharaoh. And they did not just ordinary workers, but masters with technical knowledge under the control of the priests. They did not break through the stone, but pulled a three-ton tube over the well, took the jewels, produced terrible damages, and then put the granite lock in place.

The second time the tomb of the pharaoh was emptied about 500 years later, but these were gravediggers who pushed down the course through the rocky ground.

Then another 800 years later, other robbers, not finding anything of value, expressed their indignation, breaking everything that could be destroyed – the doors and walls of the cells, the sarcophagi of the pharaoh’s family.

It can also be recalled that in the XIX century the French archaeologist S. Mariett found in the labyrinth half-stained signs, read later in Paris as “Necherhet”. But Egyptologists then were not known to the pharaoh with that name. And only in 1891 it became clear – the German expedition dug up the dilapidated stele near the first rapids of the Nile.

She was able to read the name of Necherhet and it became clear that this was the title of Pharaoh Joser. This also clarified the notes of the historian Diodorus, who attributed the pyramid, which stood alone in the sands, to the ruler Tootsidoros. It was the distorted name of Necherhet.

So, the age of the pyramid of Djoser was determined in 4650 years. Six-step bulk from megalithic blocks – the first such construction not only in Egypt, but also in the world. How it was possible to master such a technology in such a long time, is still inexplicable.

By the way, Pliny the Elder recognized the pyramids as a miracle of the world, calling their appearance unforgettable and enchanting, but added that they are evidence of the bustling and idle bragging of the pharaohs.

Well, this point of view is acceptable, as well as the opinions of art historians of the first half of the 20th century: “Pyramid of Djoser and a complex of funeral temples are masterpieces of the most ancient architecture in Sakkara gshat. They guard the secrets of past eras, but at the same time they prove that the country then flourished, had talented builders, and Pharaoh himself was a powerful, rich and uncommon ruler. ”

The secrets of this first pyramid, the ideas laid down in its six steps upwards, and the complexity of the underground labyrinth make archaeologists and historians analyze everything to the smallest detail.

The most significant contribution was made, of course, by Jean-Philippe Lauer. And he and his assistants posed many new questions to science. Ruins near the pyramid of Djoser were cleared to them and turned out to be a complex of temples behind a solid wall 12 meters high. And this fence was a masterpiece of architecture – it consisted of fanciful columns, ledges and false doors. Under it was a stone foundation 540 meters long and 227 meters wide. The meaning of it was unsolved.

Lauer managed to reconstruct the entire complex in the form of a series of drawings that now adorn the scientific publications on the history of Ancient Egypt. Such a temple funeral complex, luxury and harmony of all parts with a pyramid in the center – it was the first time in the history of the country.

Surprised by the French archaeologist and careful orientation of the pyramid with respect to the north-south axis. It is more accurate than that of the Tycho Brahe Observatory, completed in 1677. By what means has this been achieved?

Since 1931, Lauer re-started the survey of the underground labyrinth. It was a small city of complex construction with its streets, dead ends, transitions from one level to another, chambers and pits for luggage, food and water for the pharaoh in his afterlife. The chambers are trimmed with green and blue tiles, some galleries stretching from east to west at a depth of 28 to 32 meters. They intersected at right angles with other galleries and corridors.
The floors were covered with rubble, left after the pogroms. But under it, the archaeologist discovered mummified bones of women and children. Consequently, these corridors were a family crypt. But how many years has it all been built? The answer is not yet visible.

Yes, this is a very complex labyrinth, for which a huge amount of work has been spent. There was an idea to make it confusing, with false moves and pit-traps. But that’s interesting: most of the pits are filled.

The archaeologist opened a cleverly hidden side gallery, which ran parallel to the main one, and then bent and dived at an angle downward. Explore its geologists advised against, for the ceiling there crumbled, and the floor became rotten and foul marsh.
At Lauer, journalists repeatedly asked if he had found gold during the excavation of the labyrinth. Yes, some crumbs remained after many robberies. He found a small wooden coffin covered with leaf gold, nailed in gold studs. That’s all! A precious metal inside at the very beginning was probably a lot of tons.

When asked about the riddles of the pyramid, Lauer answered that the main one was the most complicated underground labyrinth. It took him a long time to draft his plan. He is the largest of all known dungeons. Some ritual meaning was laid in this underground city with streets and lanes, but its secrets elude science.

One detail he told his interviewers. In ancient Egypt, dung beetles-scarabs were worshiped as a deity of diligence and a symbol of the movement of the Sun. So, in all the inner premises of the pyramid and in the funeral temples, the images of the scarabs were shot down.

This is manifest sacrilege. Who dared to defile them and why? Absolutely incomprehensible. Clearly only one thing – acted purposefully. In all this, one can see anger at the master of the pyramid, a kind of revenge.

Struck by the French archaeologist in the pyramid of Djoser’s ability to handle and fold megalithic blocks. Their dimensions before that era were not known in Egypt. This is either an absolute innovation or a prototype. But where is he from? Where are arched vaults, lining with colored tiles, super-thorough polishing of walls in ritual niches? 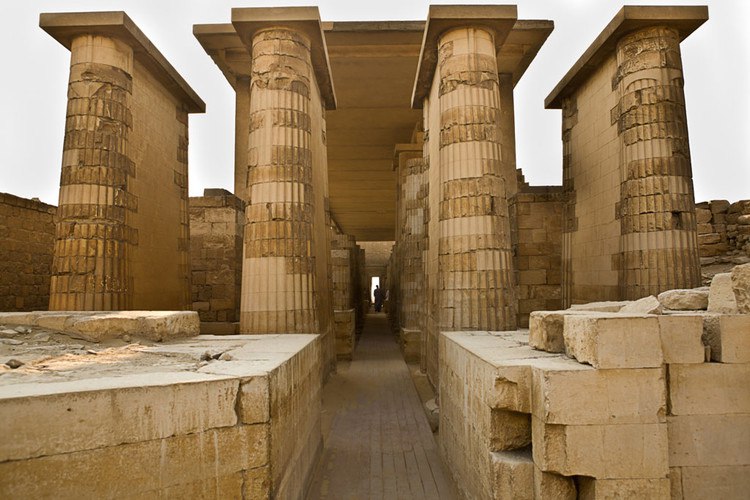 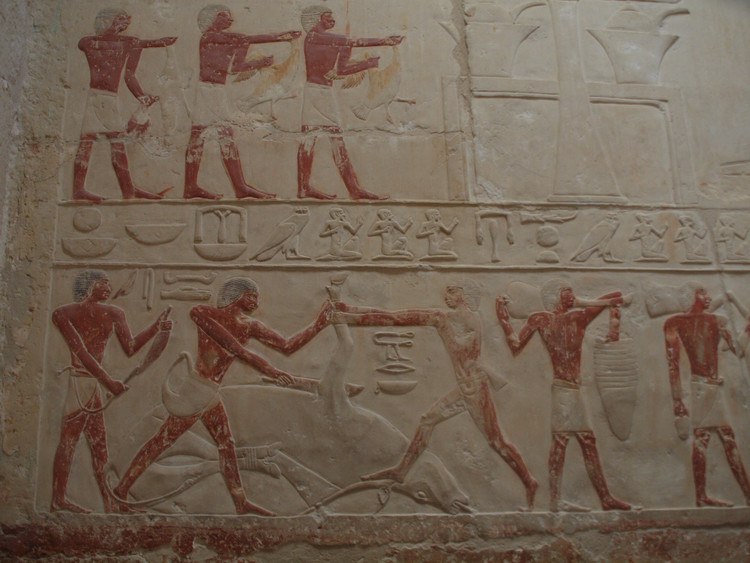 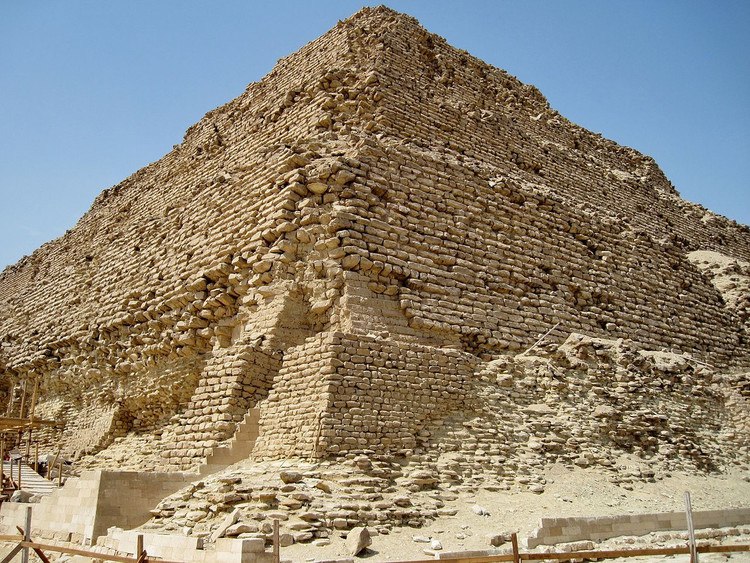 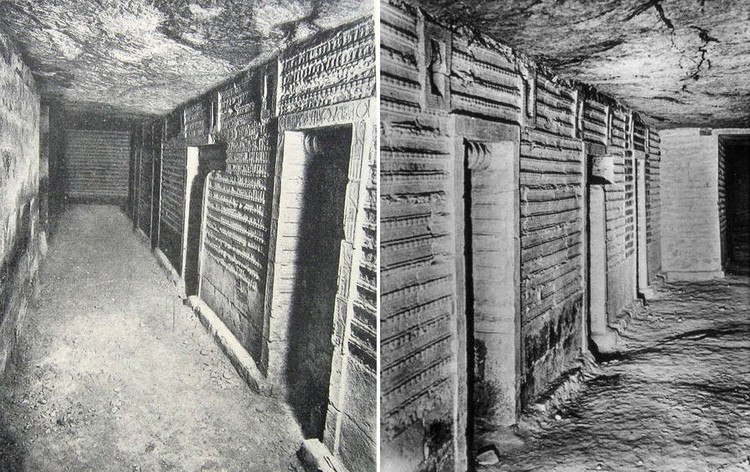 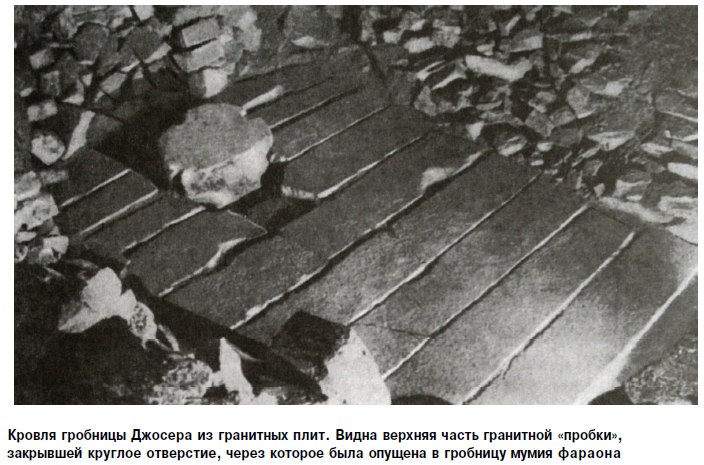 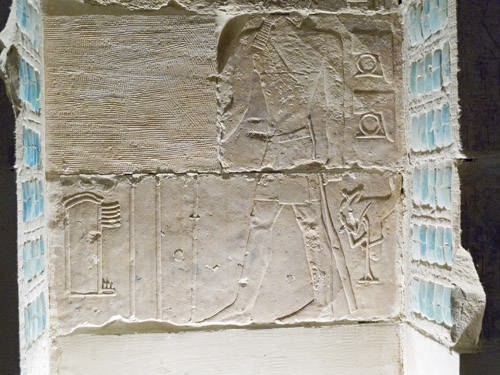 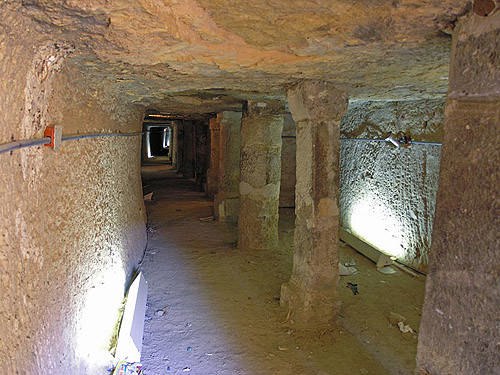 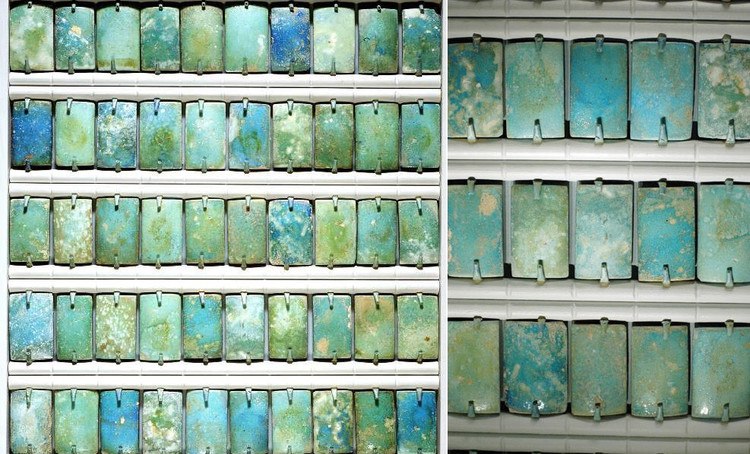 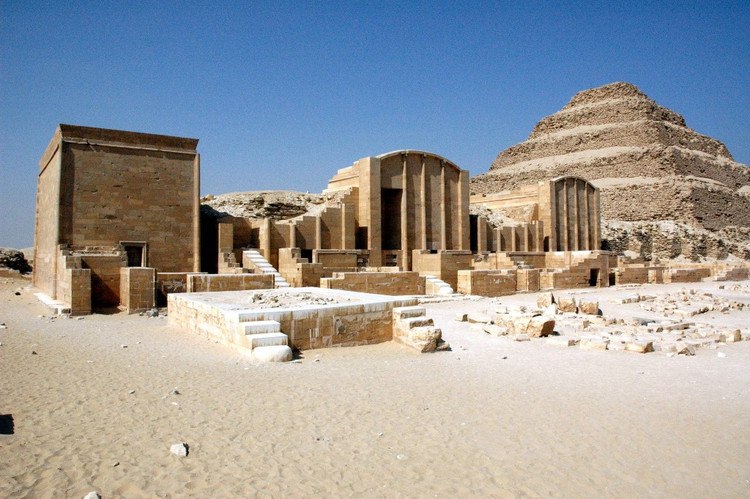 The parade church for prayers and sacrifices with its pilasters, colonnades, harmonious proportions seems to have been transferred from Ancient Greece. But in the Hellenes, such architectural techniques appeared 2500 years later. In a word, it is also right that the great art of the funeral complex of Djoser appeared as if in an instant …

But why is it that the pyramid of Cheops attracts so much attention? Even in the XIX century in Europe unfolded pseudoscientific speculation, astrological and mystical theories associated with the geometry of the pyramid of Cheops. Generous admirers were amazed at the self-confident and charlatan fabrications, as if the entire history of the world and even its future were recorded in the corners of the pyramid’s masonry. In the proportions of the underground corridors and inclined galleries, the whole biblical story, the basic formulas of the universe, is allegedly laid. All this information worked on the “authority” of the Cheops pyramid. So this building became the Great Rebus left by the priests of Egypt.

Lauer also believed that the pyramid of Djoser is more mysterious and complex than the pyramid of Cheops. And not only because it is the very first and ancient. So many inscriptions and ancient manuscripts of that era have disappeared without a trace, that it is necessary to understand further for decades.