Secrets of the Ustyurt plateau 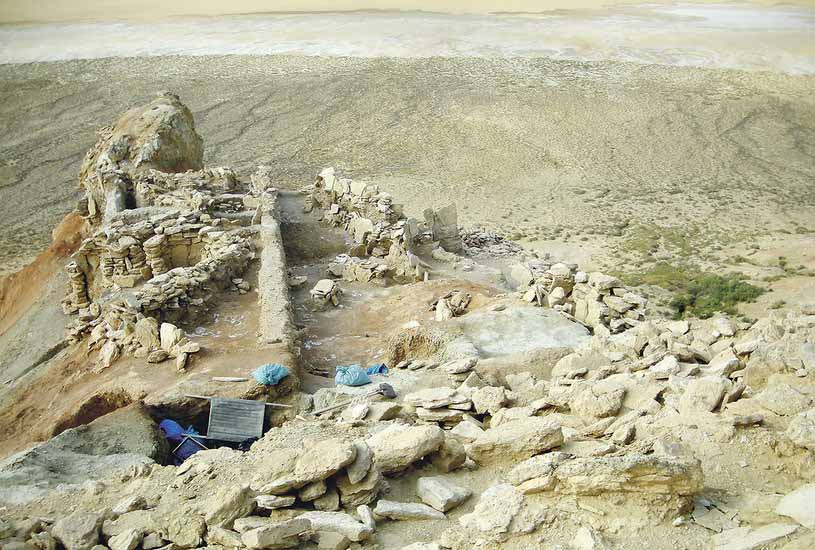 In Central Asia, in Kazakhstan and Uzbekistan, between the Mangyshlak Peninsula in the West, the remains of the Aral sea and Amu Darya Delta in the East, extends a giant table Ustyurt plateau.

Currently, the plateau rises above the plain to 180-300 meters. In some places it is cut off to the surrounding plains steep inaccessible ledges of the escarpment, up to 350 m In the South-West the Ustyurt plateau is a separate ridge, looking like small mountain ranges. This part of the plateau is called Bosire, she is tall and beautiful.

Scientists hope that studies the bones of cows and sheep, wild Asses and saiga antelope that lived thousands of years ago on the Ustyurt plateau, will help unravel the mysteries of the bronze age settlement.

Paleozoologists from the Institute of ecology of plants and animals, Ural branch of RAS and Kosintsev Pavel and Olga, Bokura past summer spent in one of the most mysterious places on the planet – on the Ustyurt plateau in Kazakhstan. This plateau is known as the “arrows”, which is compared with the image on the surface of the earth in the Nazca desert, complexes, stone sculptures, underground mausoleums, and other unusual structures. Our scientists participated in the expedition, which conducts excavations of a major settlement of the late bronze age under the name Toksanbai. They brought samples of the remains of domestic and wild animals, the study of which will help in studying the lifestyle of the people inhabiting this territory more than three thousand years ago.

– Excavations in this part of the vast Ustyurt plateau maintained for about ten years. It all started with the fact that there were accidentally discovered pottery shards of ancient times. Archaeologists began to raise the layer-by-layer and unearthed an ancient settlement, – told the “OG” senior researcher of the Institute of ecology of plants and animals UB RAS Paul and Kosintsev.

According to him, the settlement is very mysterious. The terrain, at first glance, it is absolutely uninhabitable there are practically no bodies of water, the climate is very harsh: in summer – heat, winter – frost. But people lived in this territory and they moved here from more favourable climatic conditions.

– On the territory of Toksanbai bones were found, both wild and domestic animals. And in addition, remains of dwellings with tools, fragments of dishes and various household items. The study of life of people living here, suggests that originally they were pastoralists and settled much further North, in the steppe and forest-steppe zones, where he raised cows, sheep, horses. Some circumstances forced them to move to a plateau in the desert, where they to survive, were forced to do mostly hunting, – said Paul and Kosintsev.

What was the reason for the relocation? While it is a mystery to scientists. As noted are similar to the change in the type of management is extremely unusual and is of interest from the point of view of studying ways to adapt ancient humans to different environmental conditions. Curiously, the remains of people to detect so far failed, although the remains of dwellings suggest that there were at least a hundred people. By the standards of the bronze age, it is quite a large settlement. One theory: the burial was conducted in a separate area, away from the settlement.

Now archaeologists and paleozoologists have begun laboratory analysis of collected materials and hope to understand what caused people to move to the desert and how it was adapting.

In addition, Sverdlovsk paleozoologists can learn more how things have changed over the millennia, homemade cow and sheep as well as wild antelopes and kulans, which were hunted by ancient people. The first results will be known at the end of the year. 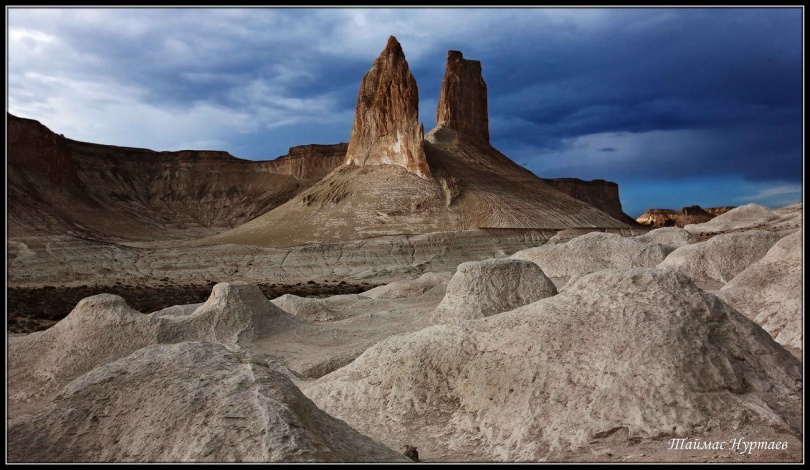 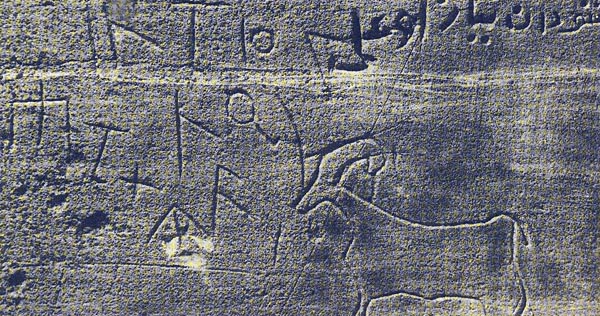 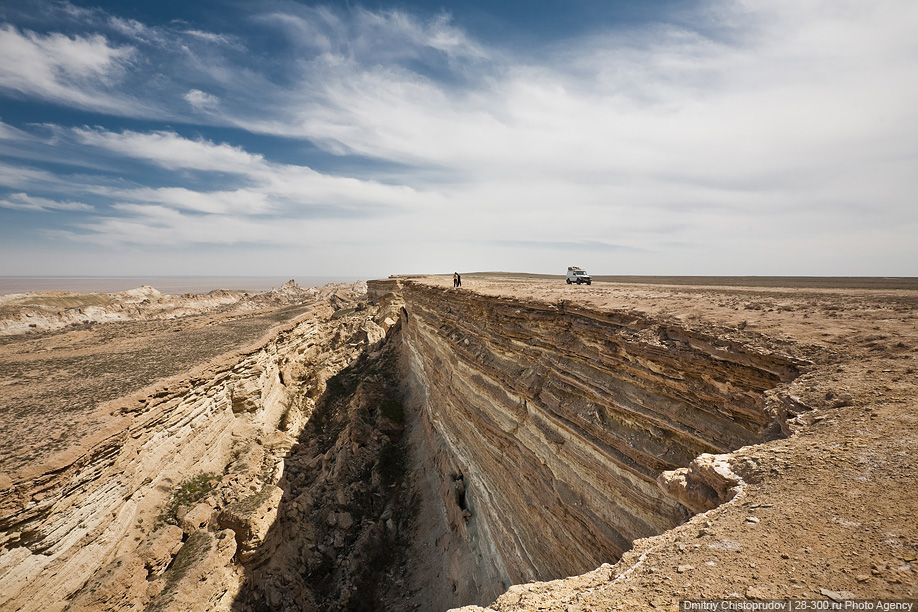 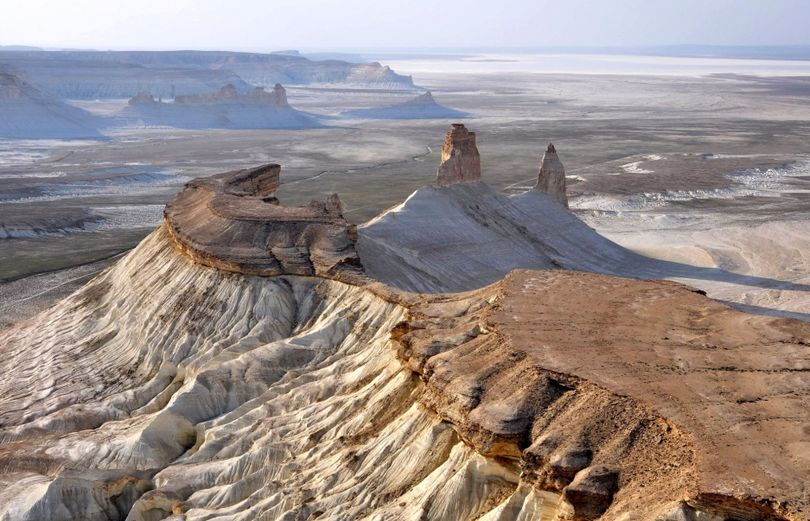 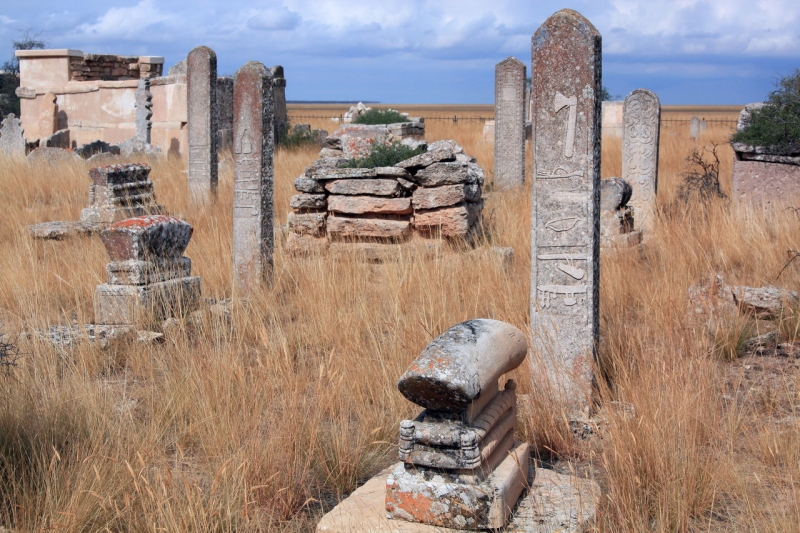 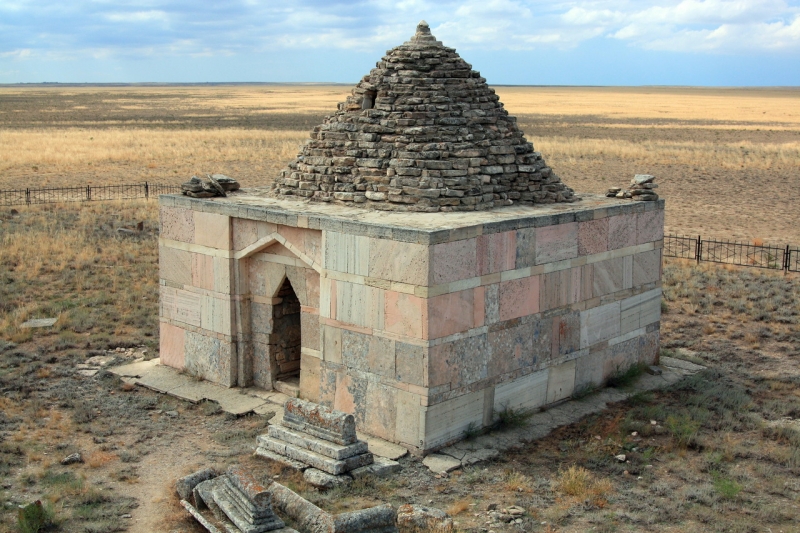 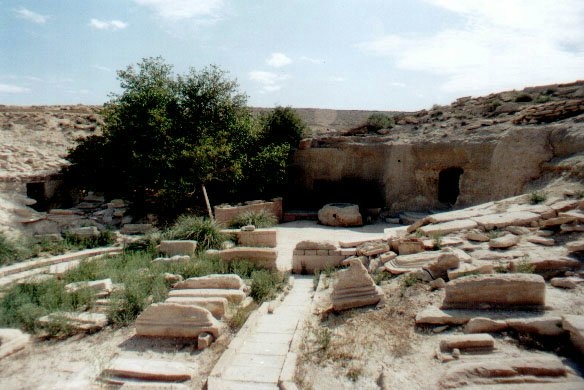 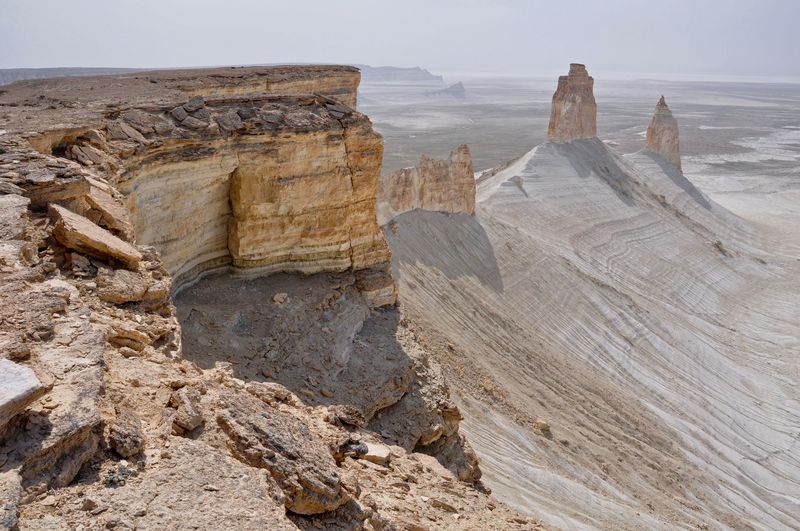 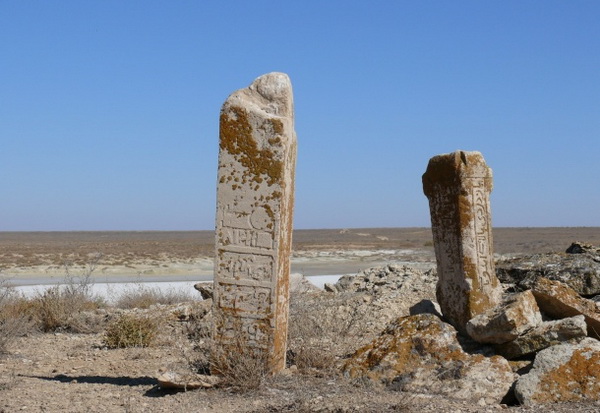 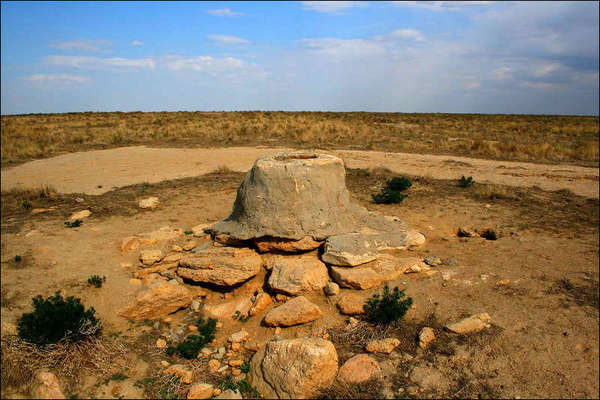 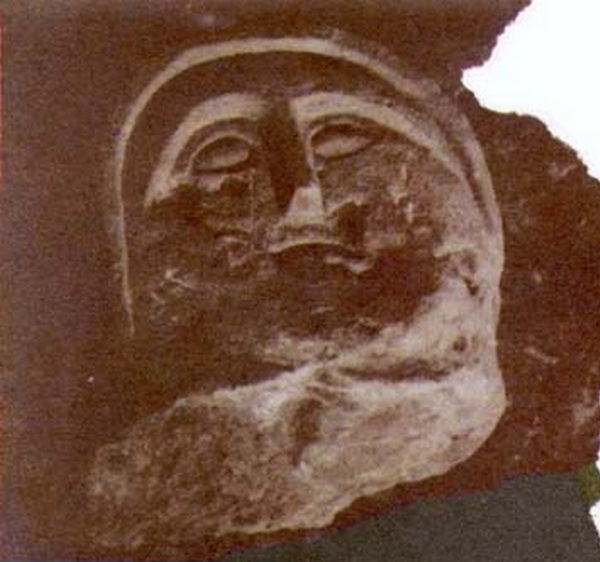 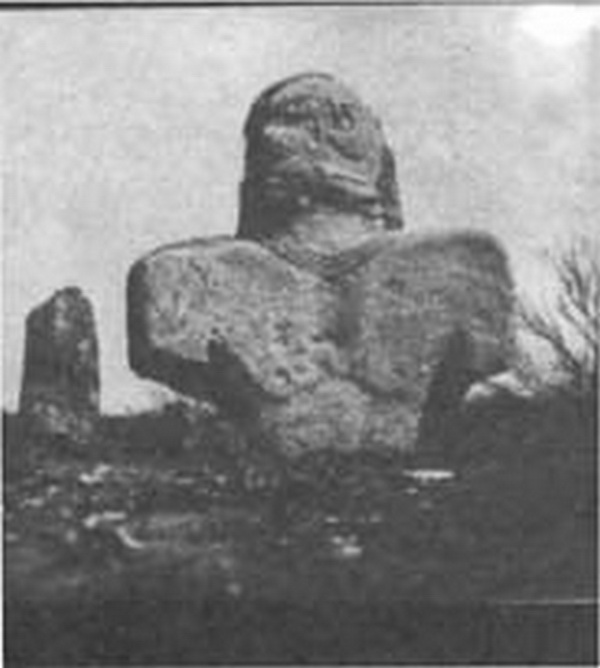 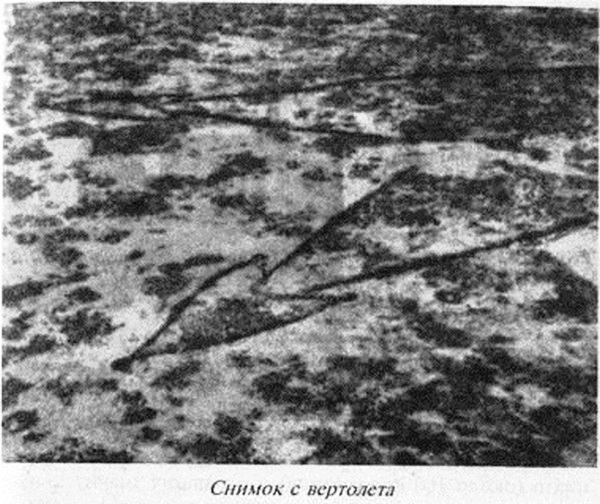 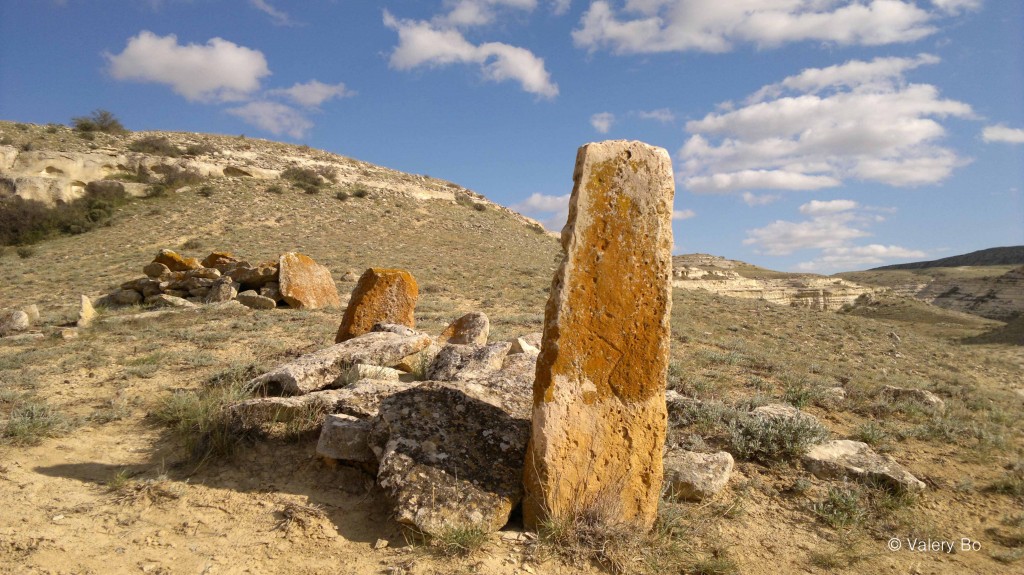 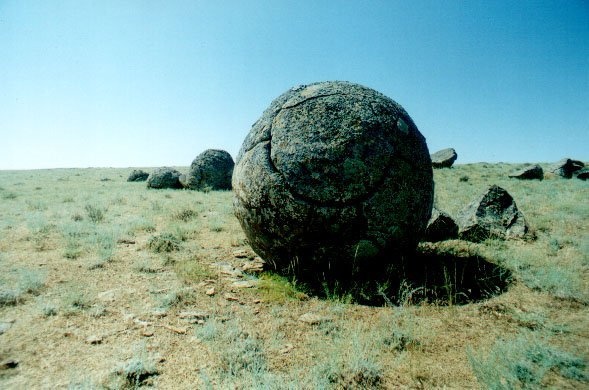 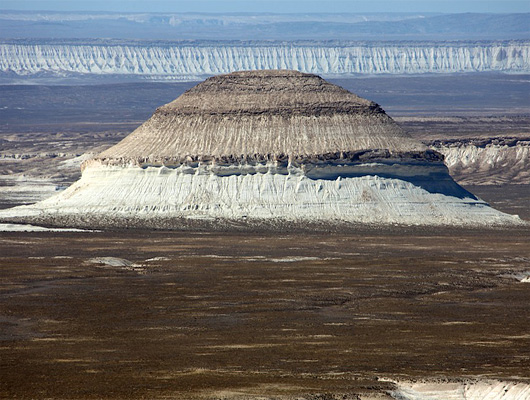 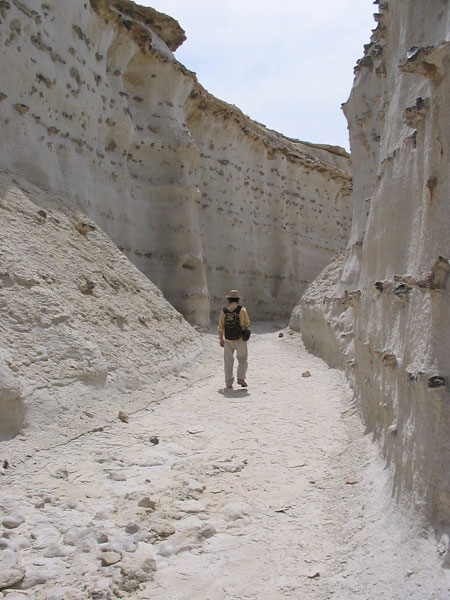 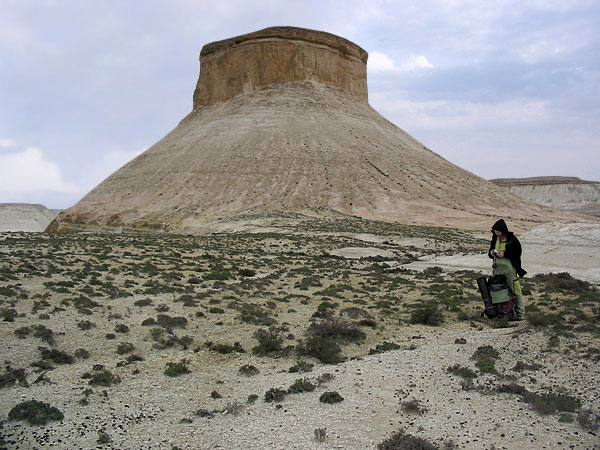 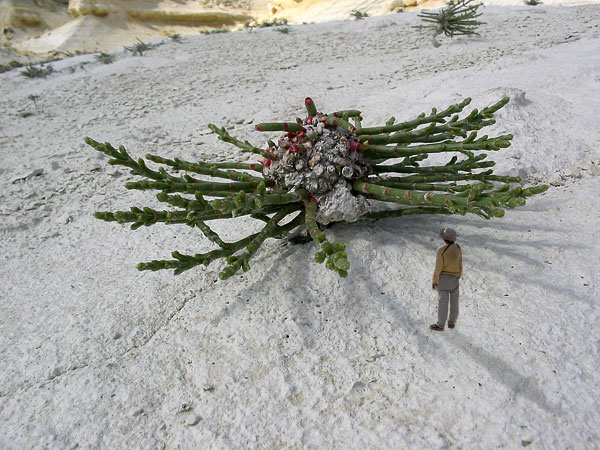 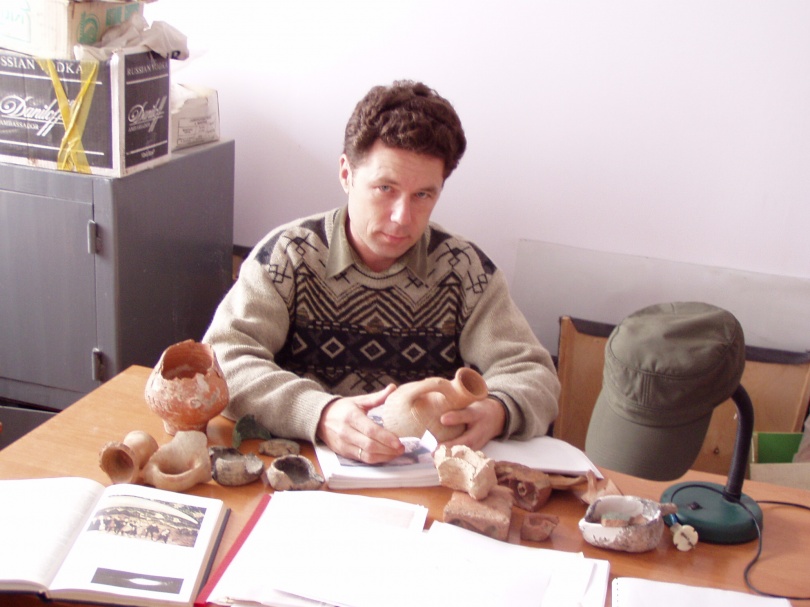 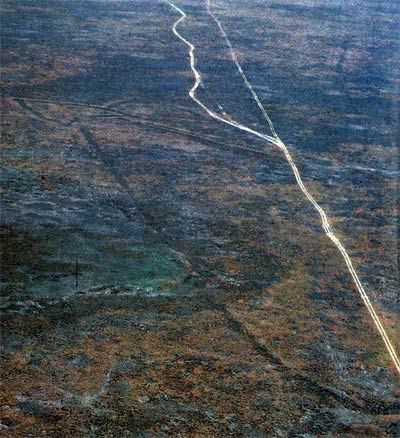 In 1983, on the Ustyurt plateau geologists, V. Gusev and E. Farahi, about 50 km from the village of SAI-Utes in the area of the wells Hit found in a small space of about 70 sculptures of male warriors. The next year went to the Volga-Ural archaeological expedition of the Institute of Archaeology, Academy of Sciences of the USSR.

Here’s what he wrote about the discovery on the Ustyurt plateau, the expedition leader, Lev Leonidovich Galkin: “Near two high mounds in a relatively small area was a lot of broken stone statues. Some wreckage was so massive that to move forward one person was not possible. The statues were different — some had reached almost four-metre-high, others a little more than two meters, and the smallest is about one meter. Here lay a stone head, broad-shouldered male torsos with a narrow waist, not further worked than semimanufactured limestone slabs. Dominated by large and medium-sized sculptures. Despite the fact that they’ve thrown to the ground and broke, it was obvious that the statue stood in a certain order — the letter “P”. Probably, the impressive spectacle was presented to this gallery in the sun. There, in the sunset, in the direction of “the land of the dead” was drawn to their faces…”

All the statues on the sanctuaries were knocked down and damaged due to fear and hatred of the later population of the plateau to the idols of an unknown civilization, but archaeologists were able to determine their original position — they were arranged in groups of 2-4 idol about two metres away from each other, forming a stone army up to a height of 4 meters.

Some broken statues were clearly visible relief images of swords, bows and daggers. Depicted on the sculptures of weapons and ornaments, scientists have considered that these structures belong to the Massagetae, who lived in IV — III centuries BC On the Massagets archaeologists still do not really know. It is believed that they were one of the peoples of the Indo-European group.

About nomadic tribes of the Massagetae, Herodotus wrote, his writings are the primary source of information about them. It was a warlike and powerful people. The Massagetae worshipped the Sun and bring him a sacrifice of horses, were dressed like the Scythians and led a similar lifestyle. They believed in an afterlife, faith forced them to build the sanctuary of the ancestors and protect them. Perhaps they worshiped their ancestors and sought their patronage, and here Massagetae lot in common with the Scythians.

Where exactly was located the land of Massagets, who knows, but definitely they bordered on the countries of Central Asia that were part of the huge Achaemenid Empire. In the IV century BC, the Massagetae tribes stopped the advance to the East of the army of the Persian king Cyrus the Achaemenid dynasty.

When in the IV century BC, Alexander the great came to the lands of Central Asia, among the most implacable enemies of the new invaders again stood warlike tribes of the Massagetae. It is believed that part massalski and Sarmatian tribes who do not respect the invaders, withdrew to the North, and the other part of the tribes joined and melted into the population of Central Asia.

And what has happened to the stone army now? The best way to keep the finds is to re-bury them. Just remember about them sometime later…