Seekers. Who are you, Ivan Bolotnikov? 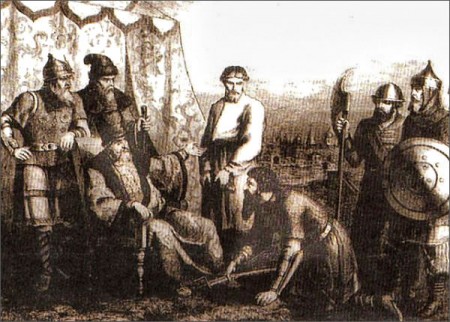 Still in the textbooks and in the scientific literature it is argued that Ivan Bolotnikov is a disenfranchised ex-slave of Prince Andrew Andreevich Telyatevsky-Khripun; he led the campaign of the masses against the Moscow Tsar Basil Shuisky, i.e. peasant uprising.

However, with this approach it is unclear how to explain the fact that the rebellion was also attended by whole regiments of nobles and aristocrats. There are a number of circumstances through which the movement under the leadership of Bolotnikov many people today are evaluated quite differently than we used to. Moreover, it is believed that Ivan Bolotnikov was not a simple slave – perhaps it was a famous warrior, and even the representative of the Rurik dynasty. So if there is another outcome of this revolt the history of Russia could go quite differently. The authorities could not be just another person, but another dynasty. We decided to unravel the mystery of Ivan Bolotnikov.