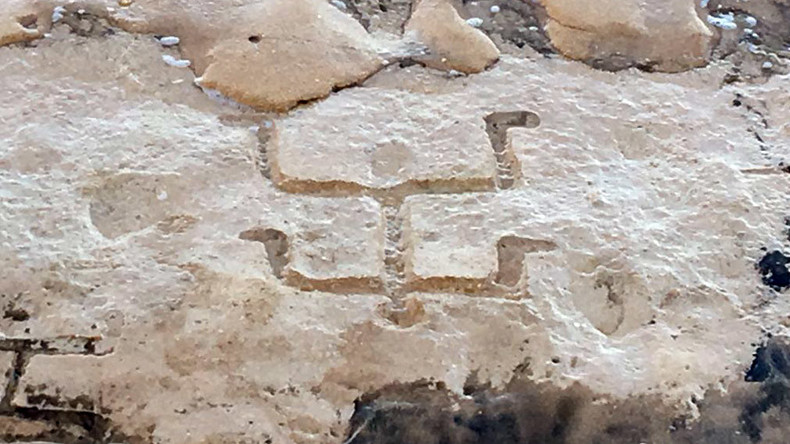 Archaeologists in Hawaii have discovered several petroglyphs created by the indigenous people of the Wayan Coast. It is believed that rock art is more than 400 years old.

Petroglyphs, which are images carved into the rock, were found along the coast after quicksand revealed at least 10 figures engraved in sandstone stretching 20 meters of the beach.

The discovery was accidental: they were spotted by Lonnie Watson and Mark Louvier, a married couple from Texas, who were just walking along the beach to watch the sunset.

Although the rock formations were probably exposed earlier, no one paid attention to them. Both a group of US Army archaeologists that manage thousands of archaeological sites in Hawaii and the State Historical and Conservation Department are now working to document newly discovered petroglyphs and to protect and preserve the area.

Describing the find as “significant,” US Army scientist Alton Exabe said the carvings are quite distinctive, especially with human features.

“Those with fingers are pretty unique to me. … Fingers and hands are quite different, as are their sizes, ”he said in a statement.

Not only features stand out. Petroglyphs are usually about 30 cm high, but their size can reach one and a half meters, which, according to Exabe, is “quite impressive.”

Glen Keela, a direct descendant of the Aboriginal families who first settled in the area, also noted that petroglyphs are an important part of their heritage.

Authorities have warned the public that while people can stare at ancient art, it is important not to be touched. Even technicians must be especially careful, as sand cleaning can cause damage.