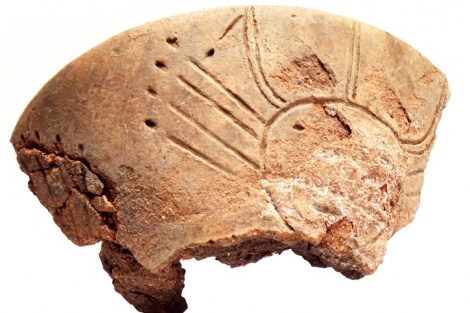 Archaeological expedition of the ancient Secrets of Siberian artists organized by the Institute of history of material culture Russian Academy of Sciences (IIMK ran) and the Russian geographical society (RGS), made a unique discovery.

On the excavation of the burial ground Idol II in the Shirinsky district of Khakassia discovered the ritual bowl-incense burner. This plaster vessel for burning incense herbs will provide the first opportunity to date a layer of ancient fine art of southern Siberia.

The fact that the finding is decorated with images of the so-called sun masks – first they were found only in the form of rock paintings.

The Okunev archaeological culture is a unique phenomenon of the early bronze age of southern Siberia, – said the head of the expedition Andrey Polyakov. She left a huge reservoir of artistic heritage in the form of numerous images-masks, carved or engraved on stones. However, their connection with funerary monuments for a long time have not been proven. Before that it was known only one case of detection of the fragment of a vessel, which preserved part of the mask. Now, thanks to the research of the burial ground Idol II, we can say that these images were made by the representatives of the Okunev culture. Thus it was possible to determine the period when the mask was done.

Archaeologists have discovered the censer during the excavations of the ancient necropolis, almost not disturbed earlier burial of a woman and child of the Okunev archaeological culture (XXV-XVIII centuries BC). Judging by the rich accompanying inventory, the woman had a special position, says Andrey Polyakov. Fortunately, this is a later burial in the tumulus was not noticed by the robbers. We can say that a noble woman likely died in childbirth or at a late stage of pregnancy. And later in her grave, buried the baby.

A unique discovery is small in size – its height is about 12 inches in need of restoration, which will be carried out by specialists of the Institute of RAS in St. Petersburg. In the same burial, in addition to incense burners, found a lot of interesting finds: more than 100 pendants made of teeth of various animals, including musk deer, ritual objects made of bone and horn, two vessels, two bone pincushion with needles inside, a bronze knife, and more than a thousand beads, which were covered with clothing. Now the staff of the expedition has to carefully thread the beads on thin fishing line, so as not to lose any beads.

For such an ancient era it is very abundant inventory, ” says Polyakov. – Indirect evidence for ritual purposes items is the fact that other burials of that time did not meet anything similar. Archaeologists rely on the even more rare and spectacular finds next year, when there will be continued study of this unique mound and will be opened the Central burial.

Excavations of the burial mound Idol is part of a joint project of the Institute Russian Academy of Sciences and the Russian Geographical society ancient Secrets of Siberian artists. Its mission is to broaden scientific knowledge about the Okunev culture and to meet young people volunteers PRO with the primitive art of this mysterious culture. Cultures, comparable in richness and variety of the artistic heritage in this country. Funding for the project carries out PRO, which is also responsible for recruiting volunteers for the expedition.

In the course of research for 2016 was also made the discovery that allowed scientists to propose the hypothesis that members of the Okunev culture could have originated from the territory of modern Kazakhstan. This is indicated by a stylized image of a bull, made in a rare manner.

– Style image of a bull with an elongated rectangular body it is not a typical Okunev archeological culture (early bronze age – XXV-XVIII centuries BC), – says Andrey Polyakov. Probably this picture belongs to little-studied period of the formation of the Okunev culture. The bull of this form indicates the link with the territory, located to the South, the lands of modern Kazakhstan, and hence on the ways in which okunevy came to southern Siberia. 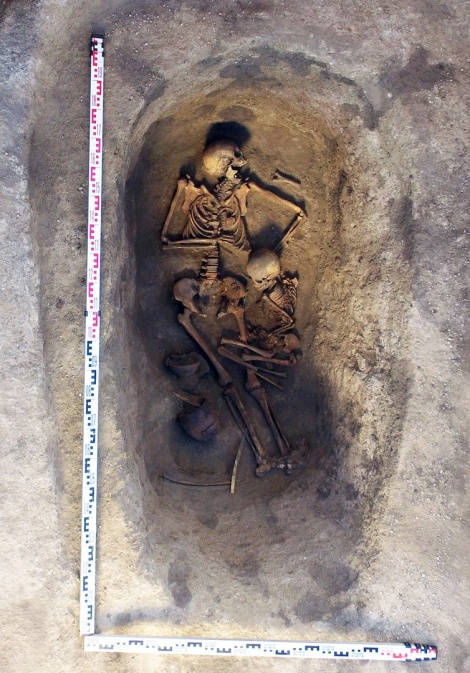 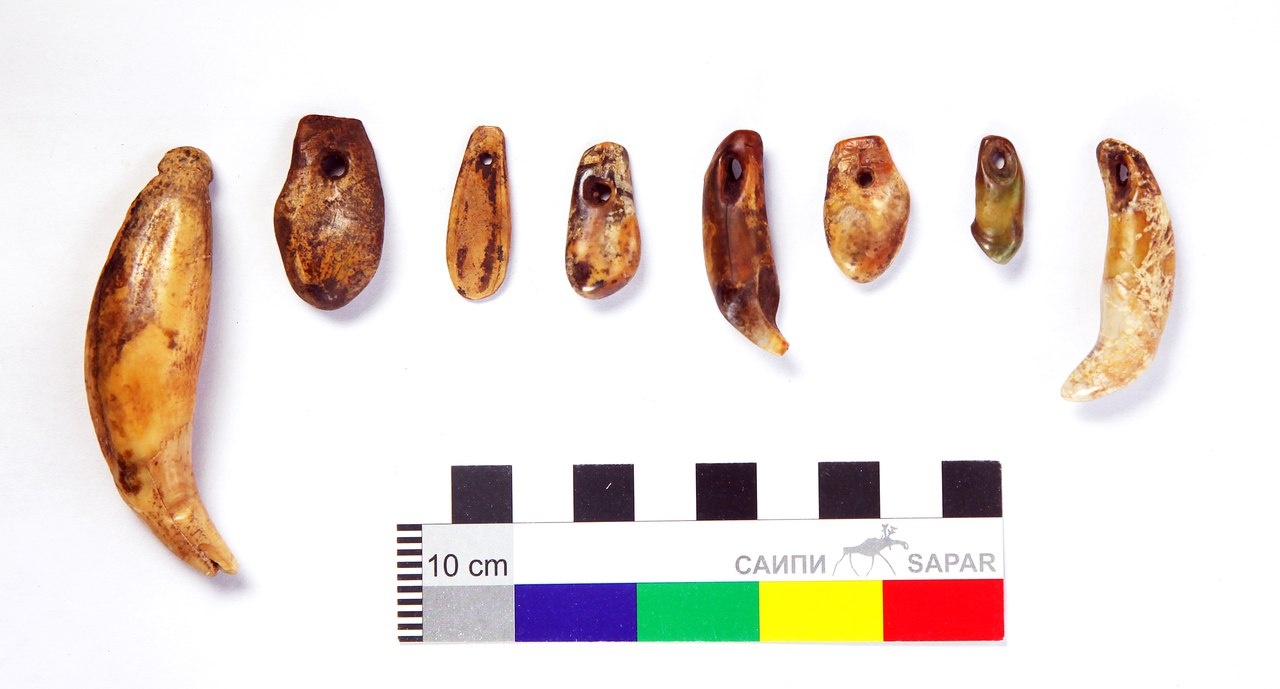 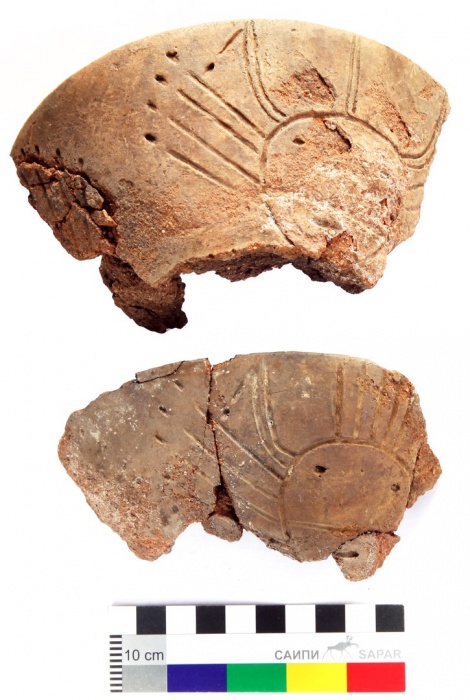 On the stone slabs of graves in one of the barrows on the Itkol II expedition found engraved on the stone mask, most likely representing some spirits, gods or other supernatural beings who believed these people. In these images there are attributes indicating the supernatural nature of the depicted – for example, some of them have three eyes. This is not a portrait image of men: the expedition found two of the drawings, they have nothing to do with personalities.

Okunevskaya culture – archaeological culture of the early bronze age, common in the Minusinsk steppes of the middle Yenisei (XXV-XVIII centuries BC). It got its name for the tract Okunev ulus in the South of Khakassia, where in 1928, was first excavated burial ground of this culture. Experts believe the Okunev culture is one of the brightest cultures of the early bronze age across Northern Eurasia. Her art is represented in petroglyphs (petroglyphs), many pieces of fine art sculpture and Okunevsky the STEL – anthropomorphic stone sculptures sometimes reaching heights of several meters. These figures have a common pattern reflecting the myth of the division into three worlds: the top is made in the form of a bird’s beak, in the middle part -image of one or more anthropomorphic beings, and the bottom represents the open mouth of a snake, facing down. Study of cemeteries on lake Itkul already allowed scientists to recover virtually the full Pantheon of deities that existed in these men: it was attended by birds, animals, humanoid creatures and the idea of the afterlife was very developed.

According to some researchers, the population Okunev culture was mixed Caucasoid-Mongoloid type. Modern anthropologists believe that members of this culture have the greatest for the whole of Siberia kinship with American Indians.