South America has already been covered twice by the ocean 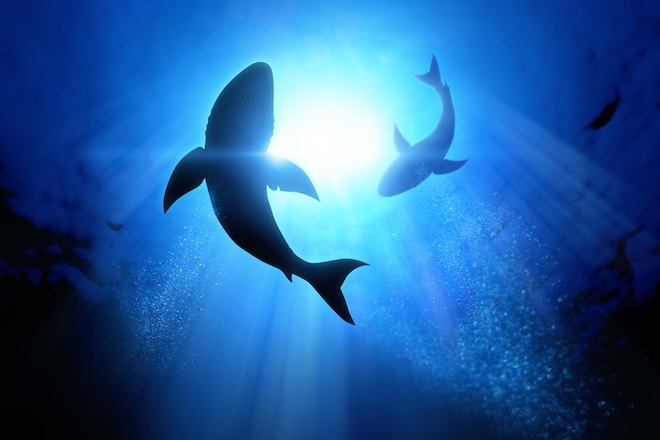 Over the past 23 million years, South America had to endure two “great floods.” To this conclusion, the researchers came by studying the fossilized remains of an ancient shark in the Amazon.

The fact that the north of the continent twice turned into the ocean floor indicated the traces of pollen in the fossil bones of fish. The Caribbean Bay spread and covered the water column of the north-western part of the Amazon. Floods were short-lived, but during these periods rocks were formed, peculiar only to the ocean. Geologists have repeatedly found such specimens and could not understand where the “sea” minerals originated from the center of the continent.

Carlos Haramiyo of the Smithsonian Institute for the Study of the Tropics in Balboa (Panama) and his colleagues discovered in the Amazon atypical for land fossils – shark teeth, fragments of shells of shrimp and pollen of marine and coastal plants.

Scientists have studied the finds and compared the composition of the rock in different layers of sediments. The conclusion was unequivocal – the territory of modern Venezuela, Brazil and Colombia was covered by the ocean, and more than once.

The first time South America was covered by the ocean 18 million years ago. The Caribbean has advanced 2.2 thousand kilometers into the continent. Western Amazonia once again became land only 900 thousand years after flooding, which by geological standards is quite fast.

The second flood lasted much longer. The ocean covered the north of South America 16 million years ago and retreated only after 3.7 million years. However, the Amazon and the center of the continent remained under water for a very short time, about 400 thousand years. However, this was enough for the development of the marine ecosystem, the remains of representatives of which was found by the team of Haramiyo.

The reason for the floods is the growth of the Andean mountains, which were formed as a result of the lowering of the Pacific Ocean crust to the western part of South America 20 million years ago. The side effect of the formation of the Andes is a decrease in the height of the eastern part of the continent.