Since 1931, a group of French scientists-ethnographers, led by Marcel Grill and Germany, Dieterlen led the study of customs and beliefs of the African people of Dogon, living on the territory of the Western Sudan (present Republic of Mali). The result of thirty years work was a monograph on dogankoy mythology, the Pale Fox, the first volume of which was published in Paris in 1965. Three years later, the famous English astronomer W. R. Drake drew attention to the accurate knowledge of the Dogon parameters of the star Sirius.

Not even with their own writing, the Dogon in their cosmogonic myths divide the heavenly bodies into planets, stars and satellites. Stars are referred to as Tolo, planet of Tolo, goose (stars that move), and the satellites are called Tolo Tanase (stars that revolve). 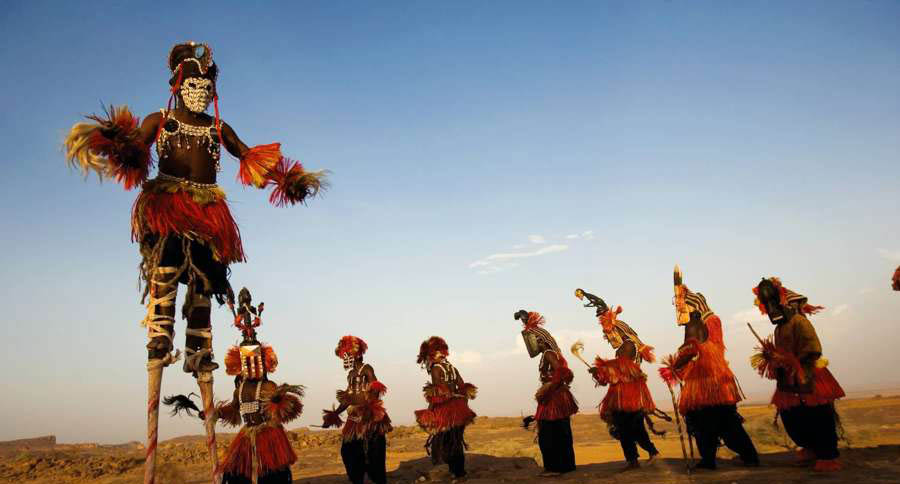 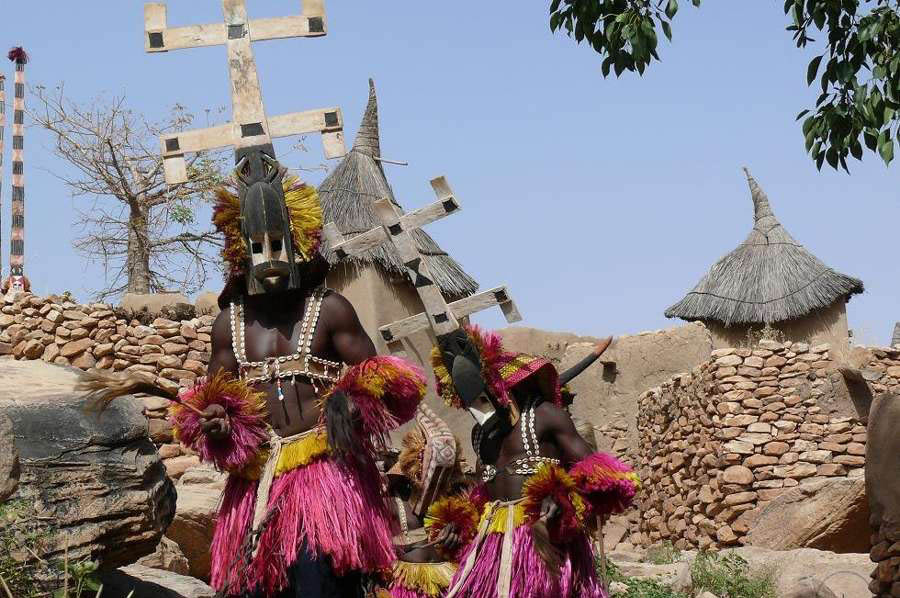 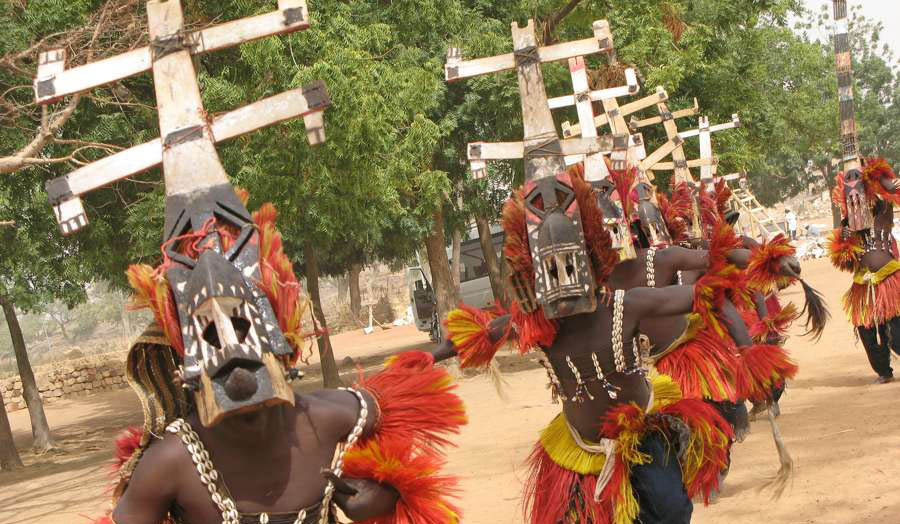 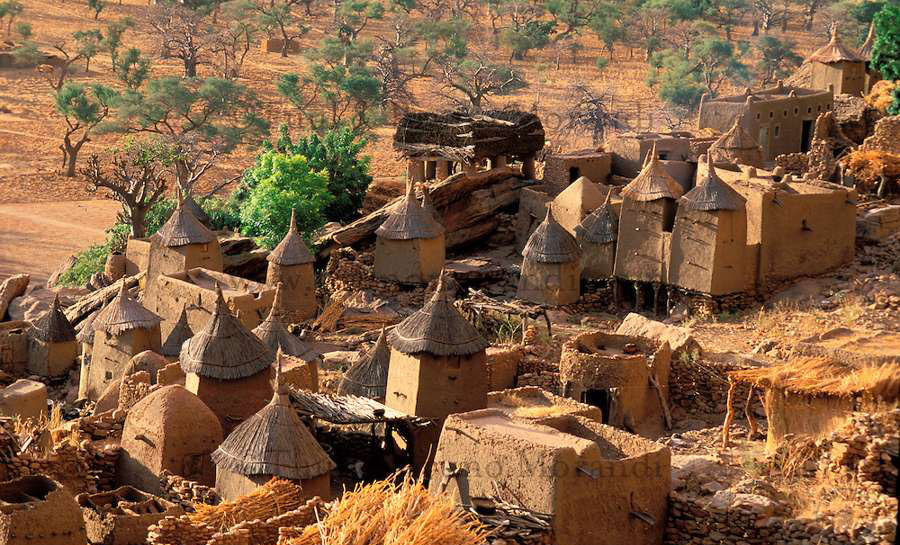 The precision and clarity of these performances are astounding, especially considering that we are talking about people leading a primitive life. The Dogon to the study of ancient myths allowed only the priests, olubara, members of a secret society of masks who know a special language of Sigi so (the language of Sirius)… In ordinary communication the Dogon speak of the Treaty with the language of the Dogon. 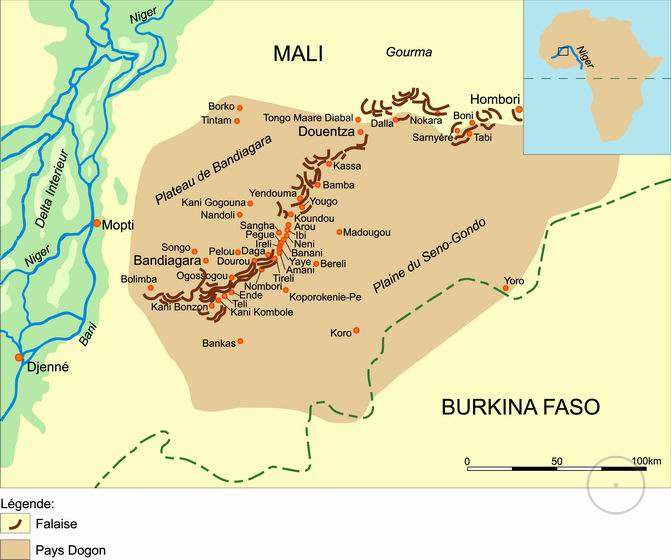 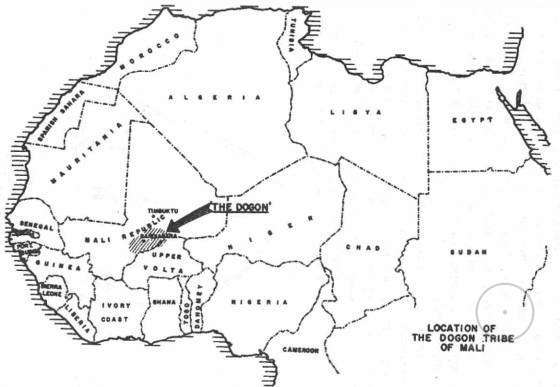 Dogona consider Sirius the threefold star consisting of the main star “whitefishes of tolite” both “stars” on tolite “and” an emma йа tolite”. The period of their address around the main star – is amazingly precisely specified 50 terrestrial years (modern data: 49,9 years). And their ancient myths contain information that the star “on tolite” has the small sizes with a huge weight and density.

“It the smallest and the heaviest of all stars also consists of the metal called to “sagol” which more brilliant, than iron and such heavy that all terrestrial beings having united could not lift also a particle…” In other place the myth specifies: “the particle to a sagol” the sizes about grain of millet weighs as much how many 480 asinine vyyuk weigh” (i.e. about 35 tons).

By methods of modern science it was established that Sirius really is a double star, and the second its component – the white dwarf Sirius In which density can reach 50 tons in cubic centimeter…

Astronomers of the different countries conduct a scientific discussion about existence in this star system of the third components today – stars Sirius With concerning which several astronomers even declared that they “observed it in the telescope”… And though it was not succeeded to see Sirius With again more yet, a number of experts sees in abnormalities of a trajectory of the movement of Sirius And influence of the third star. 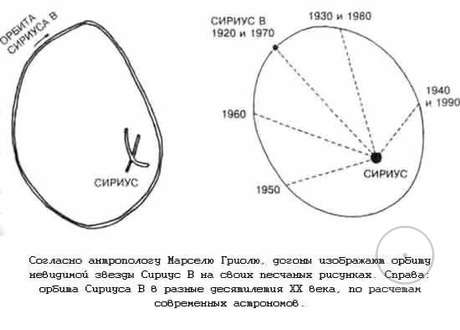 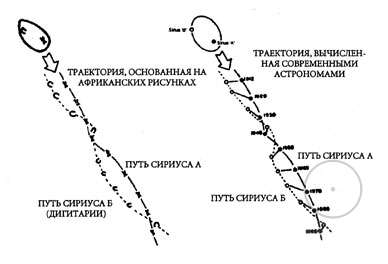 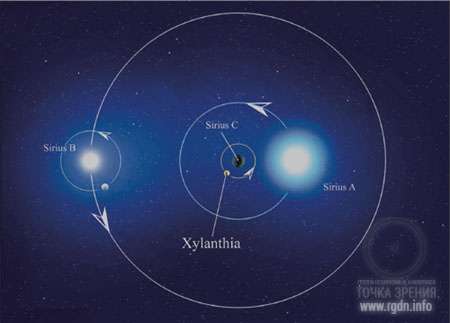 The curious remark was stated about it by the researcher the dogonskikh of myths V. V. Rubtsov. He paid attention that the name of god Tishtrya personifying Sirius at ancient Iranians comes from the Indo-European term meaning “three stars”…

A few years ago the astronomer A. V. Arkhipov compared data of measurements of brightness of this star in one and a half centuries with the purpose to verify this statement. The scientist came to conclusion that gloss of Sirius really fluctuates, and with frequency of 50 years, i.e. with a cycle time of Sirius In around Sirius And…

Besides, when comparing these fluctuations with changes of a distance between these stars full correctness of dogon – the closer to the main star it the satellite was found, the it is brighter!

Dogonam it is known also that Saturn is surrounded with “a constant ring”, and Jupiter has four large satellites opened by Galilei in 1610 by means of the telescope.

The astronomical awareness priests of dogon, keepers of sacred “language of Sirius” (“whitefishes with”), explain with the fact that their ancestors in immemorial times were moved on this planet with “on tolite”, i.e. from Sirius Century. 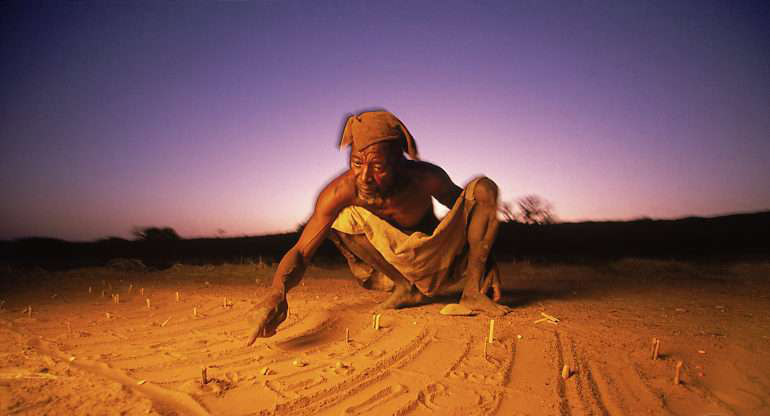 The statement which is contained in the dogonsky myth about resettlement that “on the first year of life of people on Earth the star “on” brightly flashed, having blown up, and then within 240 years slowly died away”, allows to assume that interstellar emigration of the population of Sirius In was caused by threat of explosion of a star which happened when dogona already arrived to the new planet…

The Babylon, Egyptian, Greek and Roman sources demonstrate that Sirius, a bright white-blue star in the constellation of the Canis Major, in the ancient time looked differently, than today. So, in Babylon he bore a name of Shukkudu – “the heated copper”, Ptolemaeus in Almagesta (II in AD) places Sirius in the list of red stars, the Roman philosopher Lutsy Seneca notices about two thousand years ago: “The redness of the Dog star (i.e. Sirius) is deeper, – is softer than Mars, Jupiter does not have it at all…”

However in the 10th century of our era the Persian astronomer Al-Sufi describes Sirius white-blue what we see it today. Modern scientists acknowledge the possibility of the changes which happened to Sirius for is insignificant the term of 700-800 years, small on space scales…

The astronomer D. Martynov, having considered possible mechanisms of such changes, came to a conclusion that Sirius In in one of the first centuries of our era blew up as a semi-supernew star. According to the scientist until explosion Sirius In was “red giant” that caused color of all system of Sirius. After explosion it turned in “the white dwarf” – exclusively dense star of the size of Earth…

If to add to it that explosion of Sirius happened “on the first year of life of people on Earth”, then it is possible to date resettlement of dogon with “on tolite” time between II and X centuries of our era…

In one of astronomical drawings of dogon the Sun and Sirius connected by the curve twisting around each of stars are represented, and diameter of Sirius exceeds diameter of the Sun. 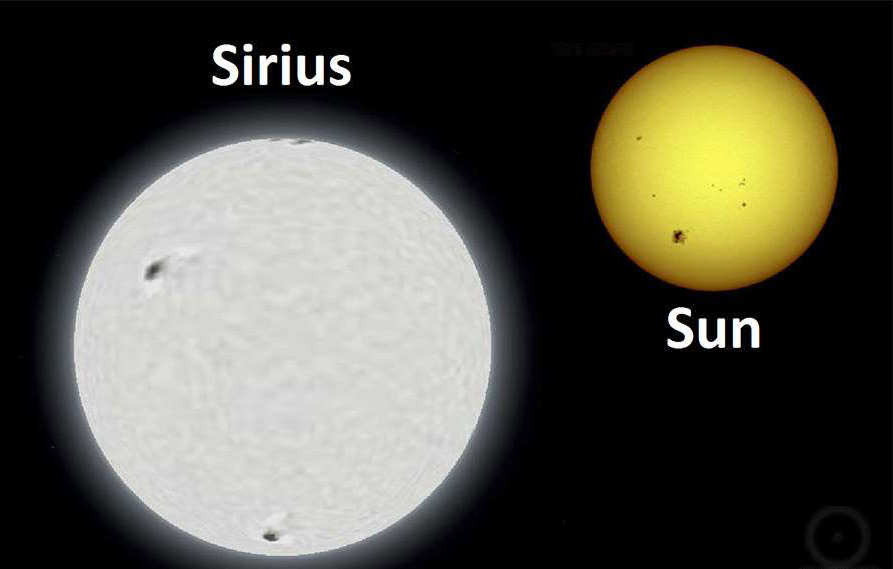 In 1975 the astronomer from Marseille Eric Guerrier published the book – “The essay on a dogonsky cosmogony: Nommo’s ark” in which assumed that “this curve represents a trajectory of interstellar flight…”

It should be noted that myths of dogon about distant space in many respects correspond to modern scientific views. So, for example, dogona know that our Galaxy seen from Earth as “Milky Way”, it – “the spiral star world” is considered that “infinitely there is a lot of such “spiral star worlds” in the Universe”, and it though “is infinite, but is measurable”.

According to dogon, the Universe is inhabited by various living beings, and the first in it plants appeared. For example, seeds of pumpkin and a sorrel “before getting to Earth, laid down on edge of the Milky Way” and “sprouted in all worlds of the Universe”.

Dogona are convinced also that “on other lands there are horned, having a tail, winged, creeping people…”

Strictly speaking, dogonsky myths narrate not about one, and about several “space travel”, first of which somebody made by name Oho which in the third “the star voyage” gets to Earth where the fox” – Yurugu turns in “pale. 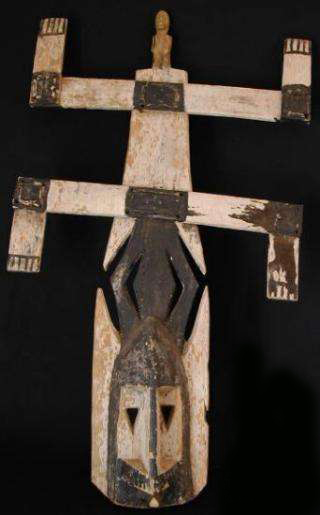 In ancient myths and drawings of dogon also space “Nommo’s ark” in which whitefishes tala” ancestors of dogon together with all necessary for life on Earth went down with “Is described. Priests – to “olubar” represent “Nommo’s ark” in the form of the basket to “basin” reminding the truncated cone which top plane represents a square, and lower – a circle. On each side a cone ladders on which during descent to Earth people, animals, plants, etc. kept are located.

Going down, the ark rotated, and this movement was supported through… nozzle. “The opening of a nozzle is the main road of breath of ancestors, – is narrated in the myth, – gone down from height. Their breath helped to rotate to move and fall…”

“Nommo’s ark” landed after eight years’ “swings” in the sky, “having lifted an air whirlwind a dust cloud”.

Nommo, and then and all other beings left the first of an ark.

As the place of landing dogonsky priests call the lake Debo in the Western Sudan filled by water during a flood on Niger River. On one of islands of this lake there is a stone image of “Nommo’s Ark” flying among stars.

Intimate cosmogonic myths of dogon are of separate interest… “In the beginning there was Amma, god in the form of round egg who was based upon anything… Besides there was nothing…”

Basic element of the world at dogon – the particle “on” having the form of a small prosyany kernel. Also Amma had the same form. This kernel “on” “turned and radiated matter particles in sound and light action, remaining however invisible and unheard”. In on grain Amma constructed all Universe, but that “to release the world outside” – began to rotate round its pivot-center… Dogona speak: “Turning and dancing, Amma created all spiral star worlds of the Universe”.

Oddly enough, however the more you get acquainted with transposition the dogonskikh of myths on language of modern physics, rather you become the supporter of a hypothesis E.Gerrye that dogona long since worship energy!.

Here it is pertinent to give the most intimate secret the dogonskikh of myths:

“On, twirled around itself, stores the word until when Amma orders to release this word to transfer him to all creations. On forces wind can turn in terrible, but it is impossible to speak about it…”

E.Gerrye considers, in this part the myth directly indicates a possibility of transition of matter to the energy calculated by the formula е = ms2 opened by A. Einstein at the beginning of the 20th century.

In favor of this point of view the myths describing “space Odysseys of dogon” testify. In them affects about a travel from Sirius to Earth of a being by name Oho, and later – “Nommo’s ark” together with which there arrived the first people. The certificate of myths that on these space travel” the star ships of dogon moved, adjusted by wind, concluded in grains is curious “on”… 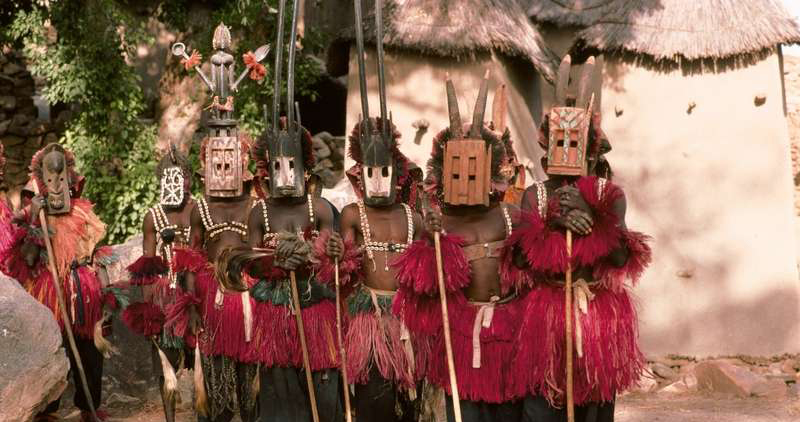 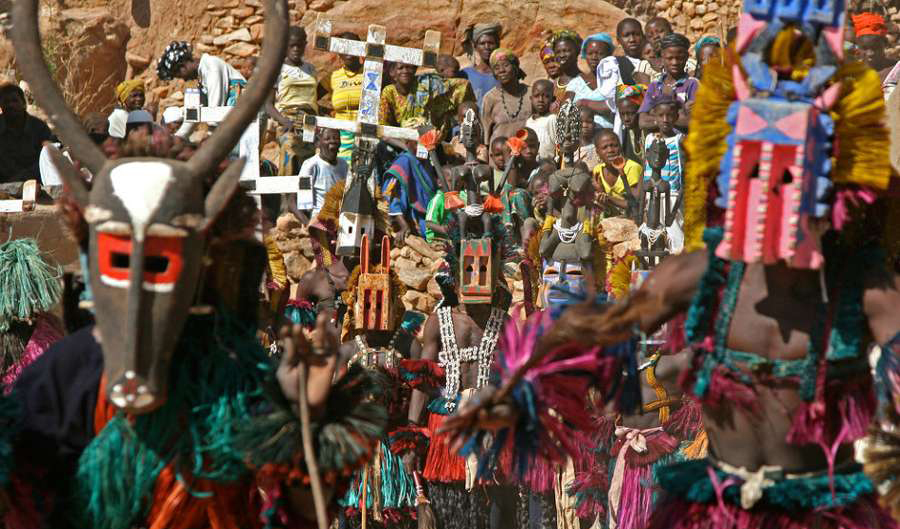 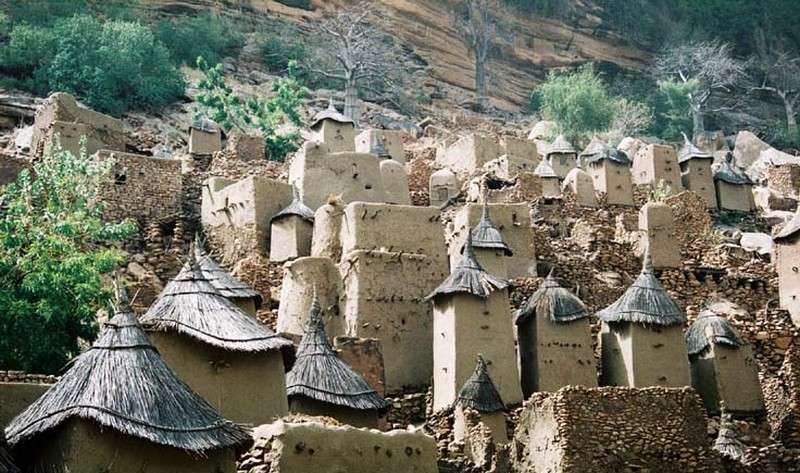 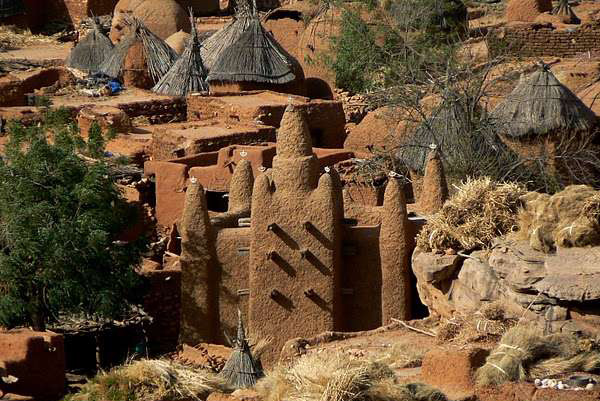 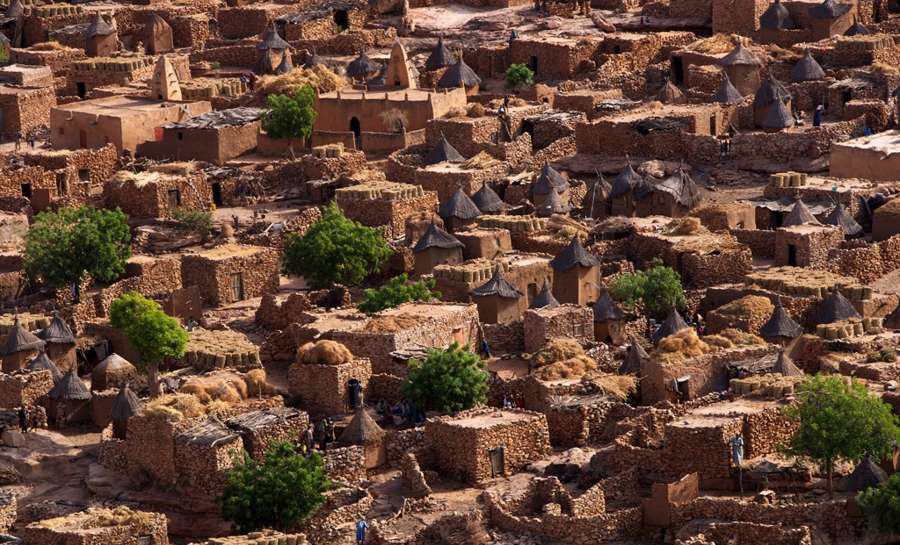 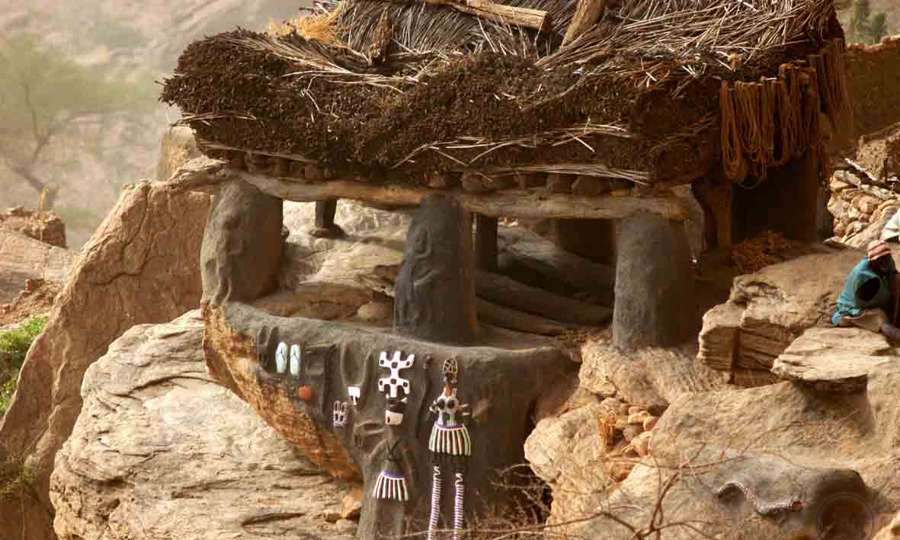 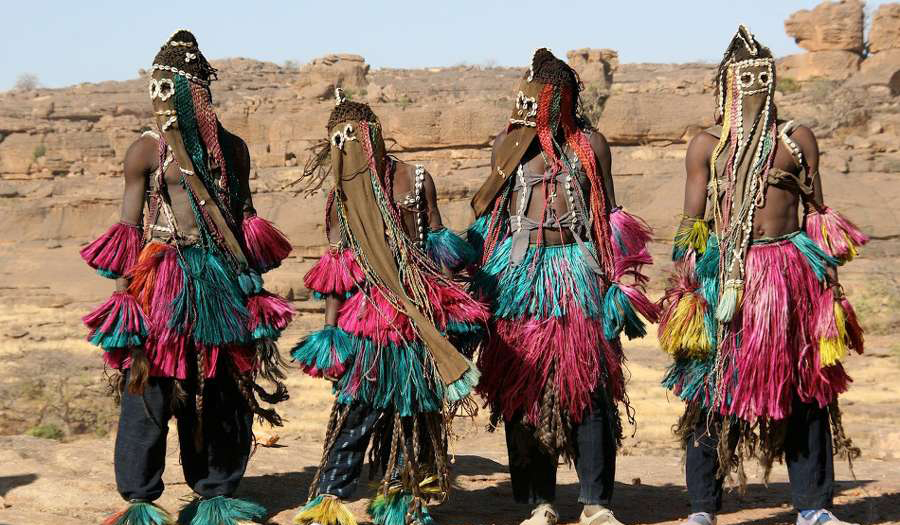 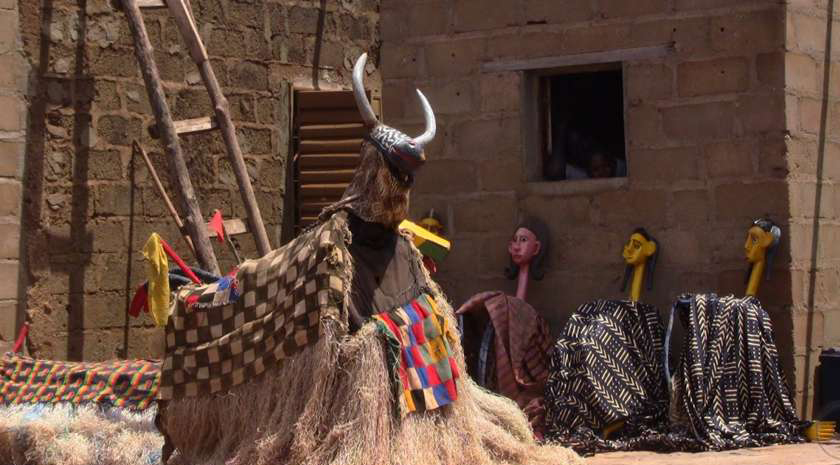 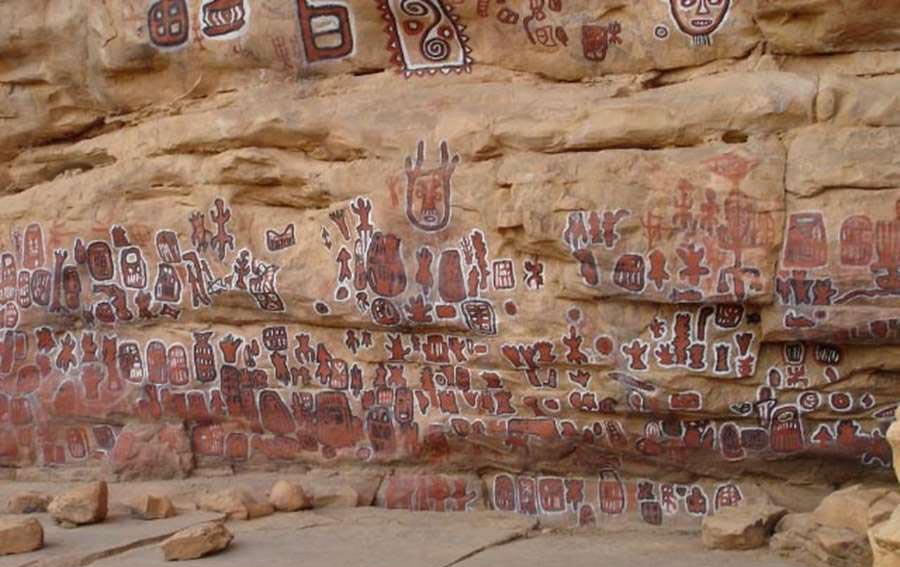 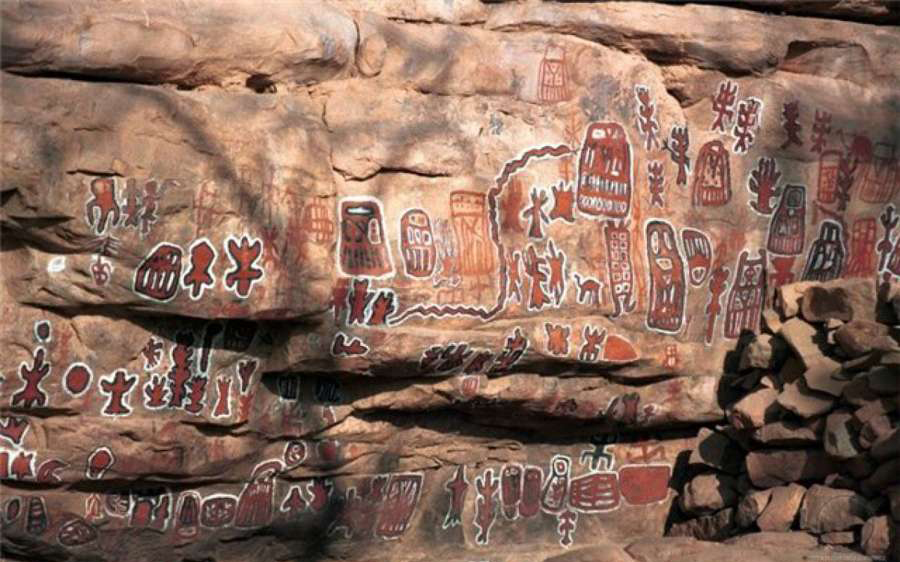 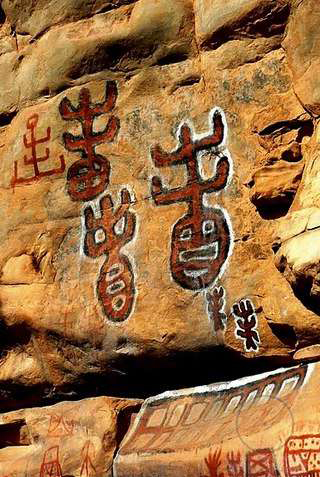 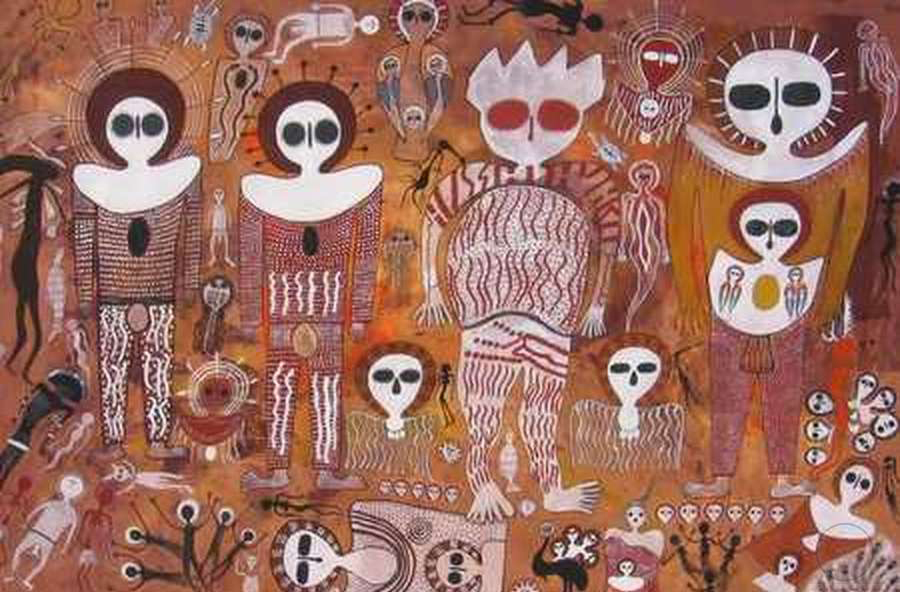 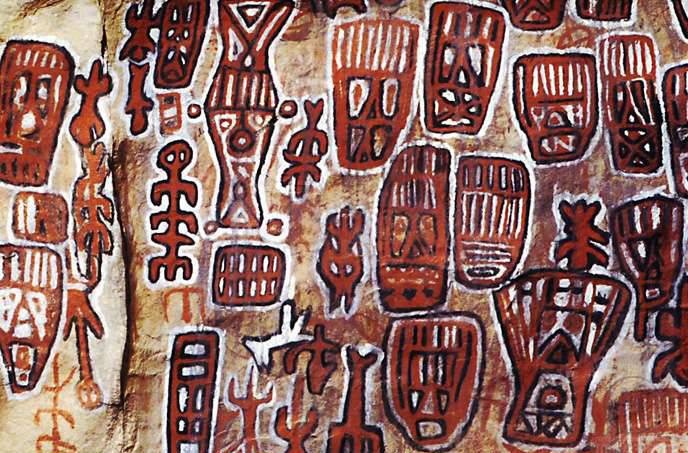 The opinion of priests – to “olubur” that reasonable inhabitants “Yalu уло” – i.e. “the spiral star world” of the Galaxy though interfere with life of mankind of the planet Earth, however in much smaller degree, than inhabitants of constellations Orion and the Galaxy which “directly participate in life and development of people on Earth is of also interest…”