Stone statues of the first Millennium BC found in Nagorno-Karabakh 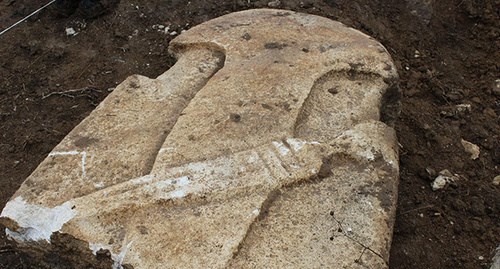 Eight anthropomorphic stelae Dating from the beginning of the first Millennium BC, was found near the village nor Karmiravan Martakert region of Nagorno-Karabakh. The monument was accidentally discovered by a resident of the village, said the Department of tourism and environmental protection at the Ministry of economy of Nagorno-Karabakh.

We got a call from the village. Our specialists arrived on the scene and found the stone statues. Preliminary excavations have revealed several monuments. Decided to appoint intelligence process in the area. In case of discovery of new finds, the programme will be developed to conduct large-scale excavations, – said the employee of Department Marat Shahramanyan. 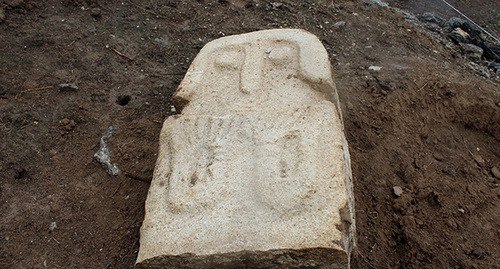 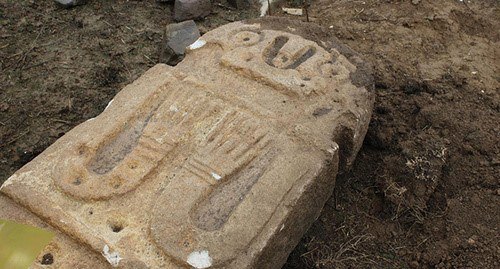 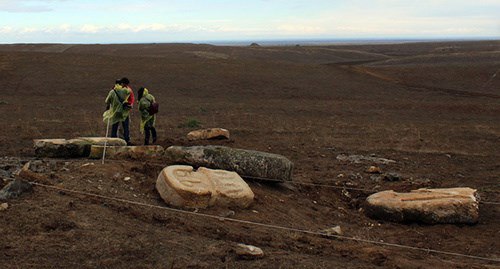 Junior researcher of the Institute of archaeology and Ethnography of the NAS of Armenia, member of archaeological expedition in Tigranakert, head of excavation nor Karmiravan Nzhdeh, Iranian expressed the hope that the monuments discovered in their original locations and further excavations will yield more results.

Unlike those three dozen similar monuments that have been discovered in recent years in Artsakh, the current stone sculptures reach two to three meters. They are distinguished by icons and some technical features. They are well highlighted and preserved fine details – arms folded on chest, face, details on some of the stelae – the presence of a dagger, said Iranian.