Stone tomb of the Alan ruler 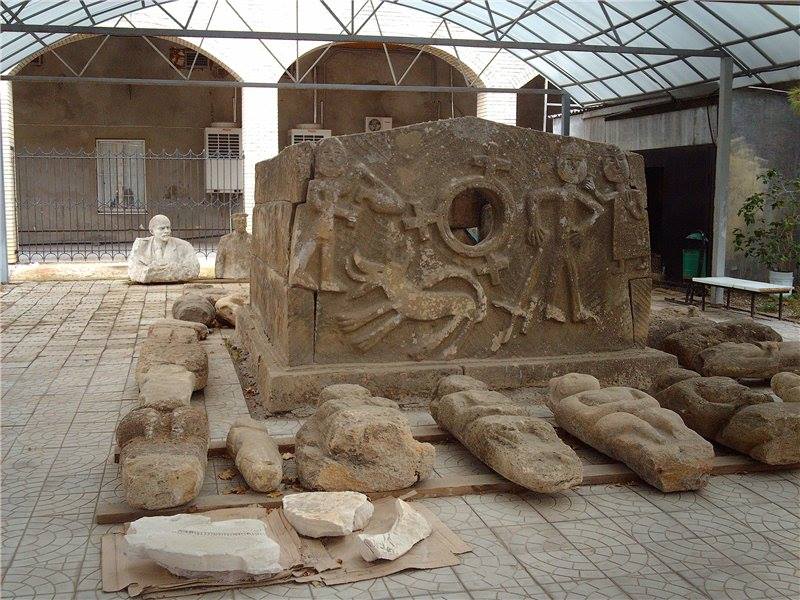 The stone tomb of the Alan ruler, found in the upper reaches of the river. Kafar (Kuban) and transported to the Stavropolsky Local History Museum named after G.N. Prozriteleva and G.K. Prave

The uniqueness of the monument is in the images carved on the walls of the tomb in honor of the noble dead man.

Such a form of funeral structure, unusual for Alan, is explained by the fact that originally the tomb was built in the Bronze Age, when dolmens were widely spread in the Western Caucasus. 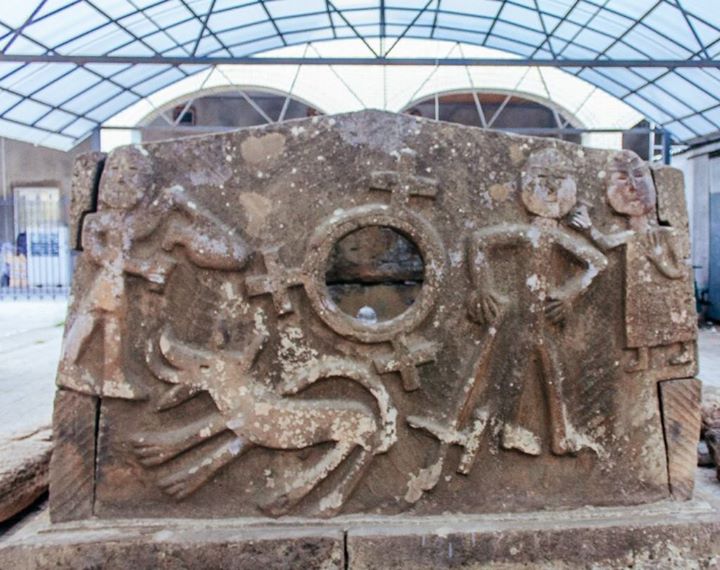 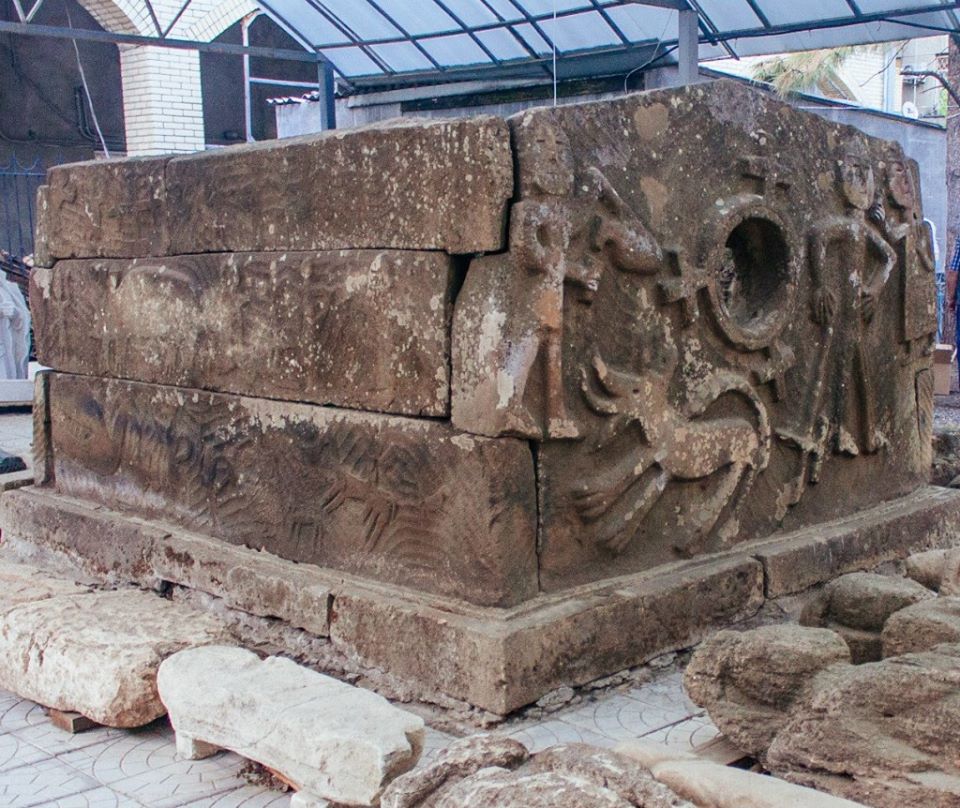 In the upper reaches of the river. Kafar is a large medieval settlement. It is located in 12 km, the well-known Nizhne-Arkhyz hillfort represents an interconnected system in which the latter was assigned the role of the administrative, religious and cultural capital of Alanya.

Kafar’s ancient settlement played the role of a political center. Here in the 10-12 centuries was the residence of the Alan rulers, and a section of the necropolis with dolmen-like tombs could belong to members of the ruling Alan dynasty.