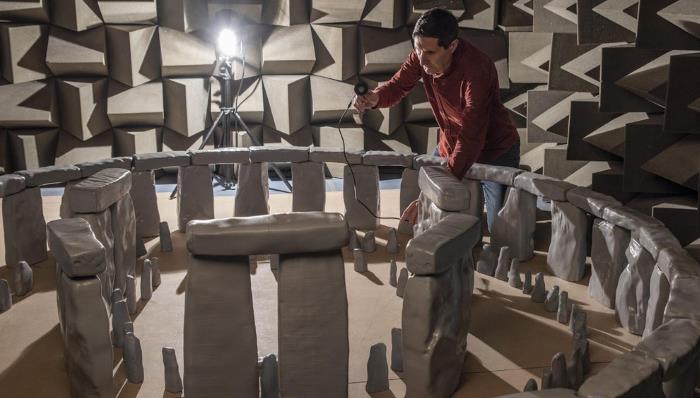 Acoustic engineers at the University of Salford have successfully reconstructed the “soundscape” of the ancient sanctuary at Stonehenge. They concluded that the stones weighing 20-40 tons acted like a giant amplifier, increasing the intensity of the various sounds produced in the monument’s inner sanctuary by 10-20% (up to 10 decibels) compared to the open space. However, the study also found that the sounds made inside were much less audible to anyone outside the circle of stones, although Stonehenge almost certainly did not have a roof.

The bulk of the ritual complex at Stonehenge was built around 2500 BC. e. and was used at least until 1600 BC. e. It is considered quite probable that some form of ritual or other activity persisted there later, possibly intermittently, for at least another one and a half millennia. Archaeologists do not know if the rituals performed at Stonehenge included any form of music or chanting. But drums and wind instruments were already known in Western Europe when this sanctuary was in operation.

To recreate the soundscape of the ancient temple, scientists led by Professor Trevor Cox created a 1:12 scale model of the original appearance of Stonehenge, as it looked before more than half of its stones were lost. This model, based on archaeological evidence, was then tested in an acoustic chamber in a laboratory at the University of Salford using the same techniques commonly used by designers on scale models of modern concert halls and opera houses. Since the model was reduced 12 times compared to the original, the sounds used in the test were 12 times higher than the normal frequency, that is, they captured the ultrasonic range.

The researchers determined that lower-pitched instruments, such as drums and lures (giant ancient bronze pipes), produced particularly strong reverberations and, therefore, allowed for greater amplification of the sound inside the monument. The relative sound isolation from the outer space indicates that the sounds of the rituals inside the stone circle were not intended for the ears of most people. This reinforces theories suggesting that religious activity at Stonehenge was associated with a narrow circle of the elite, and not with the broad masses of the population during the Bronze Age.