Tectonics on Earth could appear due to asteroids 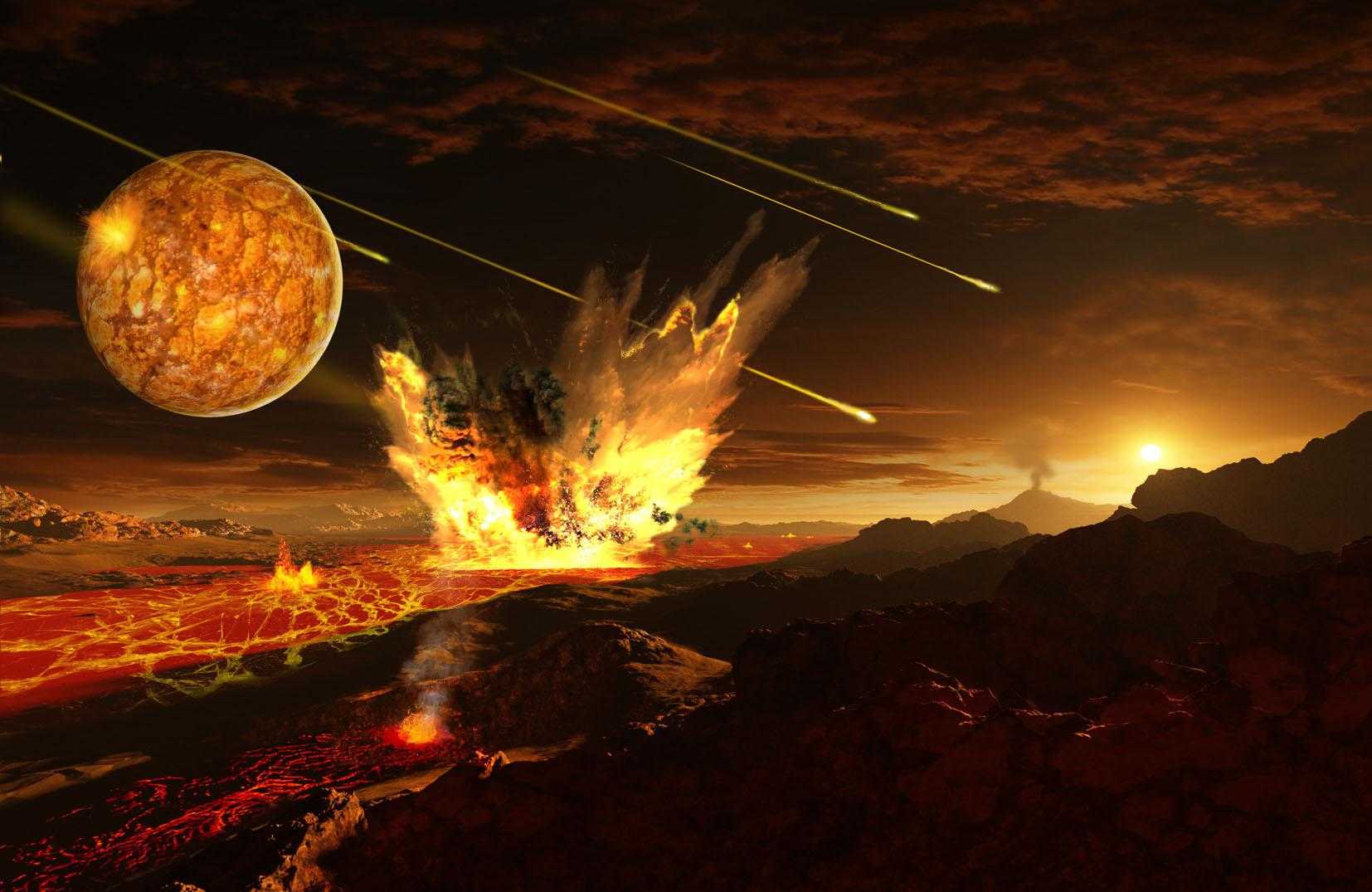 The heat of the earth’s interior drives the plates of the earth’s lithosphere into motion and makes our planet uneasy and alive. Whether this happened at the earliest stage of the Earth’s existence, in the Katarchea (between 4 and 4.6 billion years ago), it is still unknown: too scanty geological evidence of that era has reached our time. However, some works show that the entire Earth could be covered by a solid solid crust, and plate tectonics were not on it until 3.5 billion years ago.

This is still ambiguous – the authors of the new article, presented in the journal Nature Geoscience, also hold positions. Craig O’Neill and his colleagues from Australia and the United States wondered what had split the Earth’s lithosphere and launched the continents into motion. The fact is that between 4.1 and 3.6 billion years ago the planet, like other bodies of the inner solar system, experienced a period of late heavy bombardment and was subjected to countless and heavy blows.

The scientists modeled the Earth of the Katarchean era – with a solid unified lithosphere overheated from the inside – and examined the results of collision with it of large protoplanetary bodies with dimensions up to 1,700 km in diameter. “Our results show that powerful meteor impacts could lead to the fact that the solid surface of the Earth began to sink into the mantle,” says Professor O’Neil. We are talking about subduction – the care of lithospheric plates of the oceanic crust under the edges of other plates. It is subduction that provides tectonics, destroying old plates, launching earthquakes, volcanoes and the growth of new mountains.

However, according to scientists, this impact of meteorite bombing is far from being limited. It affected the outer semi-liquid core of the planet, strengthening the convective currents in its molten material. The started active mixing of the iron-nickel alloy could lead to the appearance of a global magnetic field – another key condition of life on Earth.