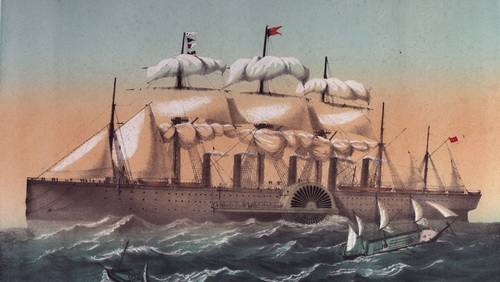 The steamer “Great Eastern” in its time, made public on the same Grand impression as “Titanic”. And also as a legendary ship, he was doomed to unhappiness.

The ship weighing 100 tons was built in 1857 for the carriage of goods and passengers between England and Ceylon. It exceeded the size of the largest ship that plied the seas and oceans at a time SIX TIMES.

This ship was so big that when you try to launch it on 30 January 1858 the mechanisms of the winch tightly jammed. And when he did manage to pull, he’s still a year stood in the Bay, as not enough funds to complete its construction and configuration. 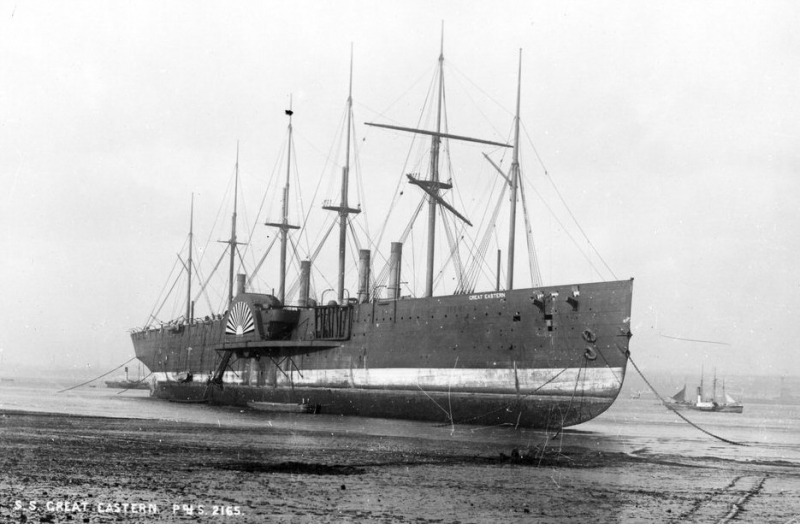 In the end, the passenger ship “Great Eastern” was acquired “Great Ship Company”, which has finished all work and took him out into the open sea. And then began the strangeness – during the final stage of construction of a vessel directly from the boat had disappeared a few people, including the master shipwright.

This tragedy happened when there was a strong explosion of one of the steam boilers, resulting in one person was killed and several others were scalded with boiling water. A month later of a heart attack died, the Creator of the “Great Eastern” – Isambard Brunel.

Despite its size, the “Great Eastern” proved unprofitable, and even in the most successful flights never transported such a large number of passengers, which would allow to recoup the costs and make sufficient profit. And during his fourth journey the ship was caught in a violent storm, was severely damaged and needed costly repairs. 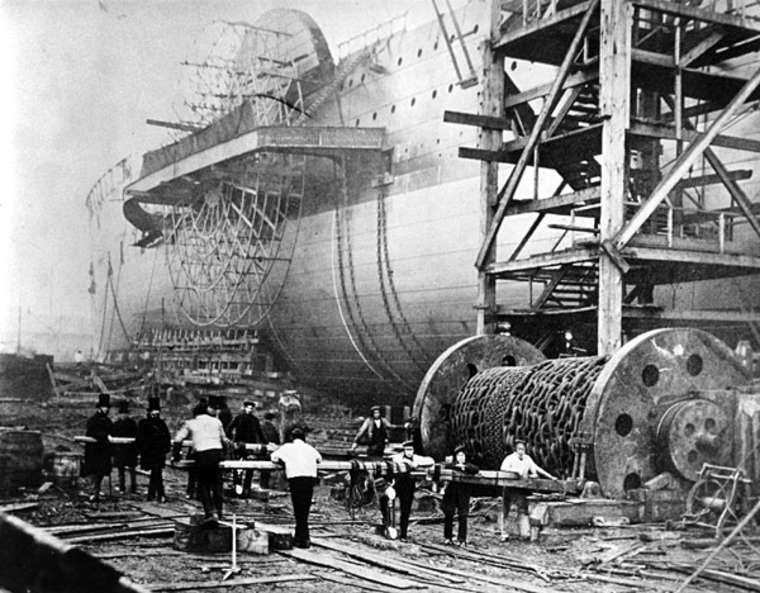 In 1862, carrying on Board a record number of passengers – 1 500 people, the “Great Eastern” ran on an underwater rock at an unmarked stretch of navigable maps. And only the second “bottom” used in the design of the ship, saved the ship from certain death.

Before some incidents, especially during his early voyages, sailors have noticed a strange drumming sound that came from the depths of the ship under the lower decks. This sound was heard even during storms, and was sometimes heard so loud that woke the sleeping crew members.

The ship continued to walk, bringing losses for their owners, however, turned out to be useful when in 1865 it took to lay Telegraph cable on the bottom of the Atlantic. In the end, for these purposes were built for the special court as the “Great Eastern” went to rust before being sold for scrapping. The last 12 years of its existence it stood on the joke.

And during disassembly of a giant was discovered as the most likely source of his failures and the reason for the “drumming” sound – a wide gap between the double bottom was found the skeleton of a master shipwright, who mysteriously disappeared during the construction of the vessel.