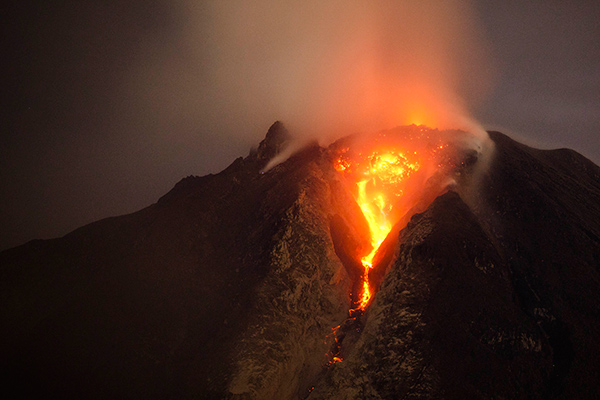 The eruption of the Indonesian volcano Tambora more than 200 years ago — one of the worst disasters in the history of mankind. Were destroyed a whole culture and civilization three island and the entire Northern hemisphere has plunged into a volcanic winter. U.S. scientists published a paper revealing a previously unknown consequence of a severe eruption. As science provides to prepare for future disasters.

In April 1815 the volcano Tambora on the Indonesian island of Sumbawa, which is part of the lesser Sunda Islands, peaked, leading to a massive eruption of power seven of the eight points in terms of volcanic explosively. The eruption also gave birth to the energy equivalent of 800 megatons of TNT. For comparison, the power of the atomic bomb “Little boy” dropped on Hiroshima was 18 kilotons.

A column of ash rose to forty kilometers, and posted the stratospheric winds of the volcanic material has significantly reduced the flows reaching the Earth’s surface sunlight. There was the so-called “volcanic winter”, and 1816-first entered history as the “year without summer”. The cold caused crop failures, grain prices have increased ten-fold. Tens of thousands of Europeans affected from the devastation of the Napoleonic wars, emigrated to America.

Sorry for the fish

The eruption has affected not only the surroundings of the island of Sumbawa, but also to the whole Northern hemisphere. The average temperature dropped 0.4-0.7 degrees Celsius, and in some areas by 3-5 degrees. Due to the cold snap reduced the sowing period and four waves of abnormal frosts (June 6-11, 9-11 July, 21 and 30 Aug 1816) ruined much of the harvest in the United States, Canada and Northern Europe. The effects of the eruption were felt for another ten years.

Karen Alexander (Karen Alexander) from the University of Massachusetts in Amherst, along with other environmentalists, climatologists and historians conducted their own research to find out how life has changed for the people after the eruption Tambora. Special attention is paid to fish populations and industrial fisheries.

“We approached our work as forensic. There have been many studies that volcanic winter that lasted 17 months, due to the eruption of Tambora had a huge impact on the United States, Europe, China and many other countries. But no one has studied changes in coastal ecosystems and fisheries in this period,” the scientist said.

In a study combining social and natural Sciences, used data on exports of fish, weather, construction of dams and the growth of cities near the Gulf of Maine in the United States. The effects of frost apparent is the fall in yields, increased fish mortality, so the main attention was paid to the social aspects.

In 1800-ies of fish serophene was extremely important to the economy: as a food item, an article of export, it was used as feed for poultry and fertilizer. Due to the cold 1816 the population of alewife in the waters of the Gulf of Maine has declined sharply. Had to rebuild infrastructure and establish the export and consumption skumryev that have not suffered from frost. 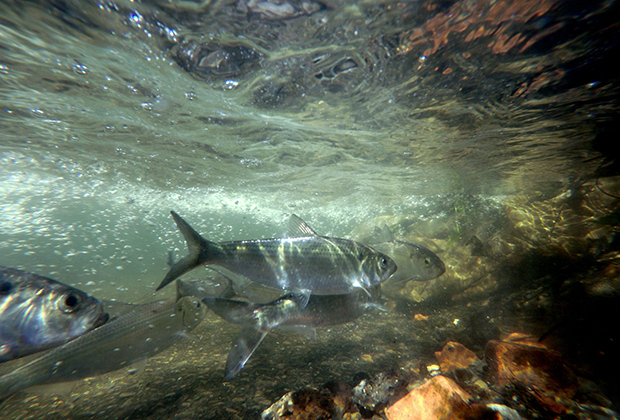 American scientists are confident that the methods used in the study of the Gulf of Maine during the period of volcanic winter, will come in handy in the future under possible climate change. In the framework of the comprehensive historical approach, you can find answers to many difficult questions. Researchers are reminded that the last time the climate is not stable and is recommended to be prepared for such emergencies.

Killed about 11 thousand people, mostly from pyroclastic flows. The Islands of Indonesia were hit, four-metre-high tsunami, which claimed nearly five thousand lives. From the effects of the eruption, like hunger and disease, he died another 50 thousand. Dramatic climate change has caused a typhus epidemic in Southeast Europe and the Eastern Mediterranean, and has led to the emergence of a new strain of cholera in Bengal. 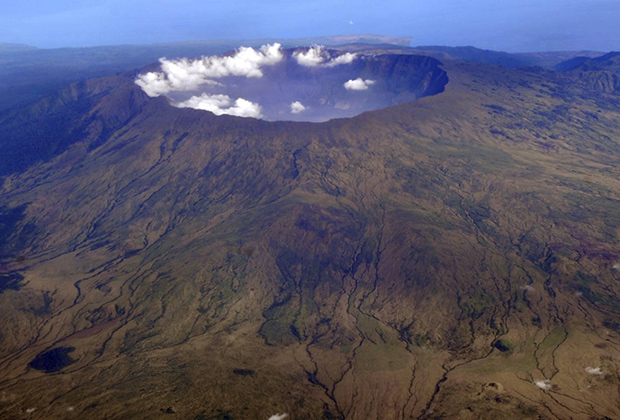 Three island Kingdom of Pekat, and Tambora Sangar — disappeared from the face of the Earth. It was destroyed by a culture together with their language — tamborski perhaps the most Western of the Papuan languages. Archaeologists have unearthed on the site of the eruption the entire village, where more than ten thousand people. I found an unusual house on stilts with bamboo walls, plenty of utensils and tools.

Due to the volcanic ash scattered throughout the world, in England there has been a long twilight and sunsets. The twilight sky near the horizon was usually orange, red with purple or pink. It even affected the painting at the time — in the paintings of those years was dominated by these shades.

Judging by the latest works of scholars, such a catastrophe could be repeated. Tambora itself is no longer such a threat as before. After the eruption of 1880, no increase in seismic activity here was not recorded. However, within the main Caldera and around the parasitic cones are constantly carrying out inspections, developed a plan for prevention and liquidation of possible emergency situations.

North Korean volcano was a source of grave danger
Now the greatest attention of researchers is attracted by Korean extinct volcano Pektusan. Specialists from the DPRK, together with Western colleagues also examined data on the volcanic winter of 1816, and came to the conclusion that the eruption of a volcano on the border of North Korea and China can be even scarier than the explosion of 200 years ago.

After analyzing pumice, volcanic crystals and their inclusions, scientists have calculated the volume of gases contained in the earth’s crust before eruption Pektusan in 969, which allowed to estimate the amount of released sulfur dioxide. The maximum rating of the amount of sulfur emitted during the eruption, exceeds that hit the atmosphere after the explosion, Tambora. So Pektusan can cause a volcanic winter even more severe than in 1816.