The Amazon was much older than was thought 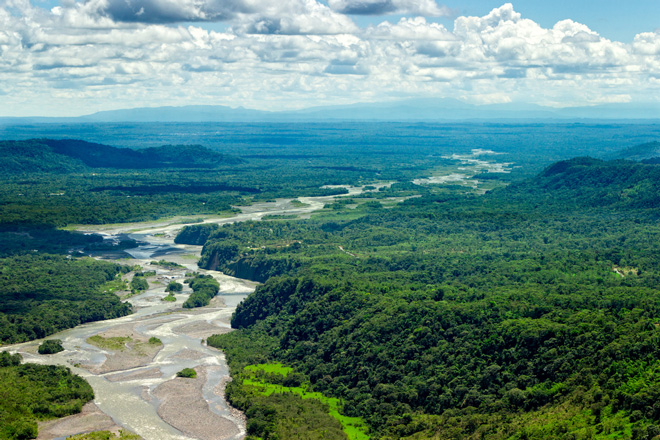 An international group of researchers representing the University of Amsterdam and the University of Brasilia (Brazil), conducted new calculations, specifying the period of formation of the Amazon River. Scientists have estimated the age of the main water artery of Brazil at 9.4 – 9 million years, which is much more than previously thought. Previous studies have estimated the age of the Amazon in just 2.6 million years.

The study, whose results recently appeared in the scientific journal Global and Planetary Change, included a geochemical and palynological analysis of sediments obtained from a depth of more than 4.5 kilometers below sea level from a well drilled during oil and gas exploration.

Analyzes carried out using the latest equipment revealed a distinct change in the composition of silt sediments and residual plant matter in the late Miocene (from 9.4 to 9 million years). These data indicate a certain change that occurred in the source area of ​​the river, which, according to scientists, “is a diagnostic sign of the onset of the transcontinental Amazon River.” It is silt sediments, according to one of the researchers Farid Chemal, “accurately record the evolutionary history.”

Among other things, this study allowed scientists to take a fresh look at the general changes in plants in the Amazon basin. In particular, the analysis of grass residues suggests that the rise of mountain ranges and climatic changes during the Quaternary period strongly influenced the landscape of the Amazon basin and, probably, opened new places suitable for the growth of grasses.

Dr. Karina Horn, lead author and researcher from the Institute for Biodiversity and Dynamics of Ecosystems at the University of Amsterdam, stresses that the use of new high-precision equipment has enabled scientists to make a real scientific discovery.

“Our new data confirm the ancient age of the Amazon, and also indicate the expansion of grassland during the Pleistocene, which was not previously known,” the researcher said. At the same time, she stressed that further research on land and on the seabed could give new sensational data, but to continue scientific research will require investments for drilling and sampling at great depths.

Note that the Amazon is the source of one-fifth of the total freshwater of the world’s oceans. It has the largest catchment area in the world. The emergence of this river is the defining moment in the reorganization of the paleogeography of the South American continent. The water artery is both a bridge and a divider of flora and fauna in the region.

The history of the Amazon and its basin is not easy to study, as the continental evidence of its evolution is small and fragmented. The seabed hides a more complete picture of the evolution of the river and its biota.