The ancestor of people may not be of Homo genus 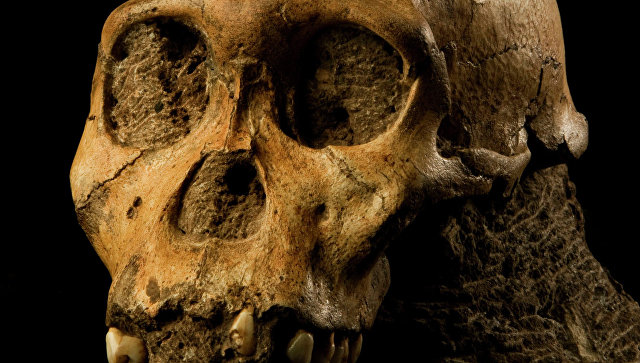 Australopithecus sediba, considered today the main candidates for the role of a “lost link” in human evolution, is actually closer to Australopithecines than to the genus Homo, paleontologists said at the conference of the American Association of Anthropologists held in New Orleans.

“The individual Berger and his colleagues found is a teenager, the equivalent of a modern seventh grader, and our calculations showed that he will be closer to African Australopithecines than to humans by the time he grows up.” Accordingly, we do not believe that Australopithecus sediba have a unique relationship with the genus Homo, “said William Kimbel of the University of Arizona in Tempe, USA, whose words are the news service of the journal Science.

Almost a decade ago, the famous paleontologist Lee Berger from the University of Witwatersrand (South Africa) made a surprising discovery – he, or rather his 9-year-old son and dog, found in the Malapa Cave the bones of a previously unknown species of ancient protolyuds, Australopithecus sediba ), Who lived on Earth about two million years ago.

This australopithecus is unusual in that its remains are a kind of mosaic of the traits of the more ancient Australopithecus and representatives of the genus Homo, including the typically human structure of the hands and feet that were probably adapted to work by implements of labor and upright walking. For this reason, Berger and many other paleoanthropologists believe that Australopithecus sediba is the most ancient human ancestor.

Kimball and his colleague Yoel Rak from the University of Tel Aviv (Israel) state that Berger and his supporters are mistaken. According to Israeli and American paleontologists, their colleagues misinformed that the specimen they found is not an adult “man,” but a teenager with characteristic “childish” features of anatomy.

Having scanned the skull and bones of Australopithecus sediba, Kimbel and Cancer created a computer program that artificially “aged” their owner and showed how he should look in adulthood.

What happened, says Kimball, was not like a human or our closest ancestors in the form of upright or skillful people (Homo erectus and Homo habilis), but the “ordinary” African Australopithecus living in Africa at the same time as the real Ancestors of man. Therefore, according to both paleontologists, the australopithecines of sediba are considered to be the relatives of late Australopithecines, and not the “lost link” in the evolution of humans.

Berger’s supporters disagree with this and, according to Science, their version of such computer calculations showed directly opposite results. According to them, the only way to truly “topple” Australopithecus sediba from the throne of a supposed ancestor of people is to find the remains of an adult, which is what Berger’s team is now engaged in.