The ancestor of the tyrannosaurus showed an unusual evolution 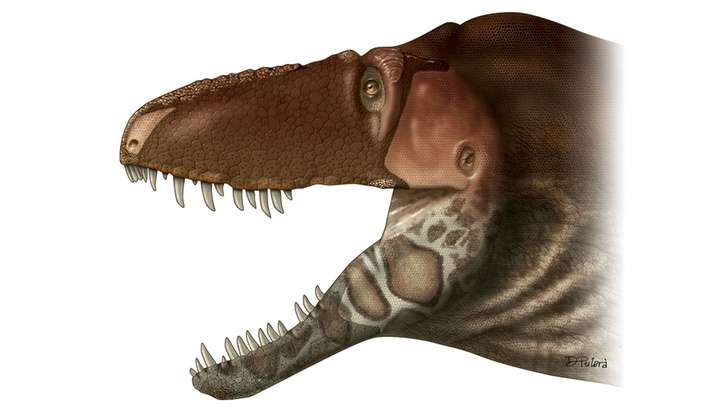 A few discoveries were made by the international team of paleontologists in the course of studying the remains of the ancient ancestor of tyrannosaurs.

A new species belonging to the genus Tireks was named Daspletosaurus horneri in honor of the famous American paleontologist Jack Horner, who became famous not only for many discoveries, but also because he became a consultant to the film “Jurassic Park”.

The remains of the lizard, whose age is estimated at 75 million years, were found in the territory of Montana (northwest of the USA). Paleontologists were lucky to find a well-preserved skull, according to which they restored the true image of a tyrannosaurus relative.

“Montana remains a great place to explore the Cretaceous,” says Professor David Varricchio of the University of Montana. “Some specimens are perfectly preserved, and they can reveal details of the appearance of these giant carnivores, and draw conclusions about the evolution of tyrannosaurs” .

The first important discovery in the study of the remains was the fact that D. horneri originated directly from an older relative, dasplotosaur (D. torosus), and this is a rare form of evolution called anagenesis. In the course of anagenesis, one species gradually turns into another, instead of evolving into similar species coexisting during the same period.

According to the co-author of the research of Thomas Carr (Thomas Carr) from the College of Cartages in Wisconsin, the work is a prime example of how slowly evolutionary processes have affected large dinosaurs. In this case, radiocarbon analysis helped to establish that the process of transition from one species to another lasted 2.3 million years. 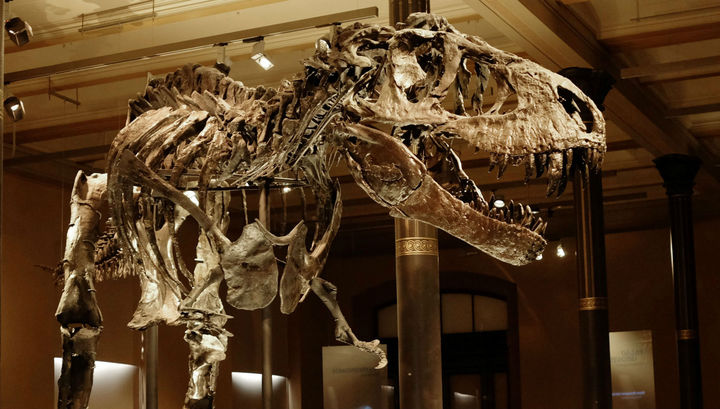 The second surprise for paleontologists is the texture of the skull, which changes the current ideas about the appearance of the fossilized pangolins. Since the skull and jaws of D. horneri were perfectly preserved, the team was able to study all of their structures and determine which kinds of soft tissues covered the dinosaur’s face.

Like the modern crocodiles, the skull of the tyrex relative has many holes. Today, reptiles through these holes are nerves and blood vessels that provide sensory perception of the skin. Thus, it can be concluded that D. horneri muzzle, first, was covered with flat scales, and secondly, it had sensitivity.

Evolutionary biologists compared the skull of a raptor to the skulls of crocodiles, birds and mammals. “Most of our research went beyond field paleontology: we built on comparative anatomy in the laboratory, based on the similarity of the facial nerves and arteries, we were able to restore the appearance of the tyrannosaurus,” explains Jayc Sedlmayr of the University of Louisiana.

Thanks to the modeling, specialists established that between the scales on the muzzle of the lizard there were small sections of armor-like skin, and the lips of the thyrex were absent altogether, since the coarse scaly structure extended to the very row of teeth. Right above their eyes, they had small horns, probably covered with keratin.

As for sensitivity, scientists believe that in this sense the lizards can be compared with today’s crocodiles and alligators. Thanks to the nerve endings, they feel the vibrations that help them capture prey, and also look for relatives. According to Thomas Carr, tyrannosaurs and their relatives had the same ability: their muzzles “worked” like a giant sensitive fingertip.

By the way, palaeontologists have also established the approximate dimensions of D. horneri: two meters in height and nine meters in length from the muzzle to the tip of the tail. This species was not so large and more primitive than tyrannosaurs, but this did not stop him from being the king of the food chain of that time

“A terrible scene: a tyrannosaurus the size of a bus and with a face covered with ugly scales, sniffs at you and senses your movements with the help of your receptors,” paleontologist Stephen Brusatte of the University of Edinburgh fantasizes.

Most of all scientists were interested in the sensory network that covers the muzzle of the lizard. The fact is that the facial components of the trigeminal nerve in D. horneri are in some sense a mirror image of the same system in humans. As noted by Jake Sedlmayr, the trigeminal nerve has an extraordinary evolutionary history of “turning” into completely different “sixth senses” in various vertebrates. To trace the history of its development is important for modern medicine.