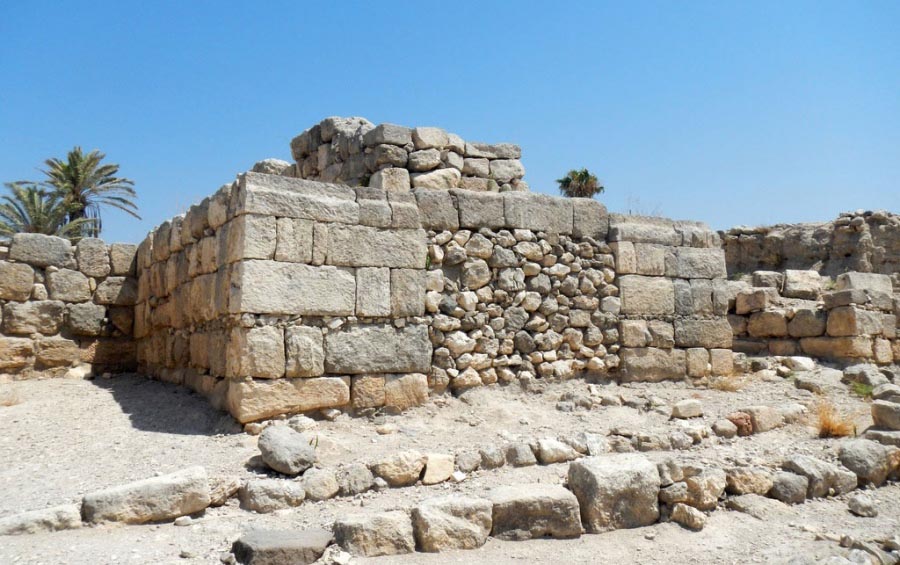 Tel Megiddo, the biblical city of Armageddon that was destroyed in the distant past as the result of the super-high fire, which consumed all the buildings of this village of ancient people in just three hours.

The city of tel Megiddo, located in the North of modern Israel, was one of centers of civilization in the distant past. Current estimates of archaeologists, the first inhabitants of the slopes of the hill of Megiddo, where is this metropolis of ancient times, appeared about six thousand years ago and about five thousand years ago, he became the most important centre of Egyptian influence in the middle East.

However, the main reason for his fame today is that his Hebrew name har Megiddo – became the basis for the Greek word Armageddon refers to a battle during the end of the world. In accordance with the revelation at tel-Megiddo must occur last battle between good and evil at the end of the world.

Mathilde Forget and Ruth Ruth Shahack-Gross from the Institute of science Weizmann in Rehovot (Israel) found that the tel Megiddo has managed to survive the original Apocalypse about three thousand years ago, studying the fragments of mud bricks, which were built almost all the houses in the town of Armageddon.

As the scientists explain, the construction in the middle East at that time were built of simple bricks that the ancient builders were obtained by mixing straw and clay and leaving the mixture to dry in the sun. The art of manufacturing of bricks in baked clay appeared much later.

Therefore, the discovery that the bricks from tel Megiddo was burnt, was a big surprise for Forge and Shahak-gross. The chemical composition of the bricks pointed to the fact that they were inside a very hot fire, whose temperature reached 600 degrees Celsius.

This led archaeologists think that the bricks could be burnt not extremely advanced builders, Megiddo, and to be singed by the lights of fire.

Scientists checked out this idea and tried to calculate the duration of a fire in the city of Armageddon in an original way. They made several versions of their own mud bricks and burned them in the furnace. They were interested in how changes the chemical composition and concentration of organic inclusions in the bricks, which were carried out in a furnace with different amounts of time.

These experiments showed that the speed of roasting bricks, and the degree of heat depends on their composition and the presence or absence of straw, but only on the dimensions and volume of brick. Accordingly, knowing the dimensions and the temperature at the center of ancient brick, you can calculate how much time he spent in the fire furnace or fire

Following this idea, researchers have shown that the bricks from tel Megiddo has really been in lights giant fire, which lasted only 2-3 hours. This fire, which destroyed most likely, the whole town, occurred in the first Millennium BC, in the era of the conquest of Canaan and Judea, dynasty 22 pharaohs of Ancient Egypt.

Why the city burned so quickly, scientists do not yet know, but they assume that the Armageddon was due to the fact that rooftops in the ancient near East and their furnishings were mostly built of straw, wood boards, fabrics and other combustible materials.

The opening of this Armageddon, as scientists believe, suggests that many other cities of the ancient world could be destroyed just as quickly. The study of bricks and clay products from other dead settlements of antiquity will help us to understand, whether so it actually, make Forge and Shahak-gross.