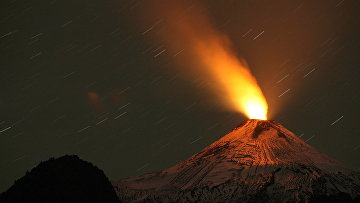 The reason for the decline of the quaint Hellenic-Egyptian civilization of the Ptolemies in Egypt was not the rebellion of slaves, but the eruptions of volcanoes that brought down the agriculture and economy of the ancestors of Cleopatra, says an article published in the journal Nature Communications.

“When the floods in the Nile floodplain were strong enough, its valley was one of the most fertile and rich places in the entire ancient world, but the rivers are known to be capricious.” It turned out that volcanoes in Ethiopia were directly related to the absence of these spills in the time of the decline of the Ptolemaic Empire, “said Francis Ludlow of Trinity College, Dublin, Ireland.

The last independent ruler of Ancient Egypt, according to the legends of the times of antiquity, was the famous queen Cleopatra, after whose death in 30 BC Rome eliminated all the remnants of independent power and made Egypt another province of the emerging Empire. In fact, as Ludlow notes, the decline of Egypt began much earlier, around the middle of the 3rd century BC, when Egypt waged constant wars with another Hellenic “superpower” of that time, the Seleucid state.

Initially, the Ptolemaic empire triumphed in this struggle – by the year 245, Pharaoh Ptolemy III had managed to defeat most of the Seleucid army and approached the walls of Babylon, but for some unknown reason he refused to completely defeat Selevka II, the killer of his daughter and her children, and returned his armies to Egypt and Syria.

The unexpected retreat of the Egyptian armies, historians believe today, was the beginning of the end for Egypt, since the Ptolemy empire was later struck by the dynastic crisis, as well as a series of Egyptian uprisings against the “Greek occupation.” Literally 50 years after the triumph of Ptolemy III, the rulers of Egypt were forced to become actual vassals of Rome in order to protect themselves from the attacks of the Seleucids and their Macedonian allies.

Ludlow and his colleagues revealed the possible cause of all these strange things associated with the decline of Egypt, studying records of ancient Egyptian nilometers – special officials monitoring the water level in the Nile during its spills – and comparing them with how the climate in north-eastern Africa changed at that time in general.

Information on the Earth’s climate in the long-past epoch, as scientists explain, can often be found at the bottom of various lakes, seas and other water bodies. For example, the proportions of oxygen isotopes can tell us about temperature fluctuations on Earth, the concentration of “heavy” carbon – about the traces of mass extinctions, and the proportion of calcium and a number of other metals – about the acidity of water and other properties of the world’s ocean.

Comparing all this information, scientists drew attention to one interesting thing. Mass uprisings that forced Ptolemy III to return from the campaign began at the same time as the two other events – the water level in the Nile was extremely low for several years, and in Ethiopia at that time massive volcanic eruptions took place.

Such a strange coincidence led scientists to ponder how these three far apart things could be related. Turning to climatologists for help, historians tried to find out whether volcanic eruptions and related climate changes could affect the nature of the water movement in the Nile or cause crop failures in some other way.

As climatic calculations have shown, volcanic eruptions in the middle of the 3rd century BC should have thrown out huge amounts of sulfur oxide in the air over Ethiopia, which reduced its temperature and changed the nature of the monsoon work off the eastern coasts of Africa. As a result, the summer rains, which filled the Nile’s sources in the mountains of Ethiopia and forced it to leave the banks in the lower part of the river, almost completely ceased for several years.

The decrease in the Nile level by several tens of centimeters in the first two years after the eruption, according to historians, led to the fact that the crop decreased several times and there was a famine. This, as the chronicles show, took advantage of traditional priests and nobles who did not recognize the Greek “invaders” and constantly urged the people to rebel against the power of Hellenes who did not speak or write in the ancient Egyptian language.

Similar eruptions, as noted by scientists, occurred in the aftermath, in 160 BC and in 44 BC, and they were also accompanied by massive uprisings and defeats of Egypt in the wars with the Seleucids. According to scientists, volcanoes could serve as the main “gravediggers” of the most ancient civilization of the Earth, whose role remained hidden from us until today.