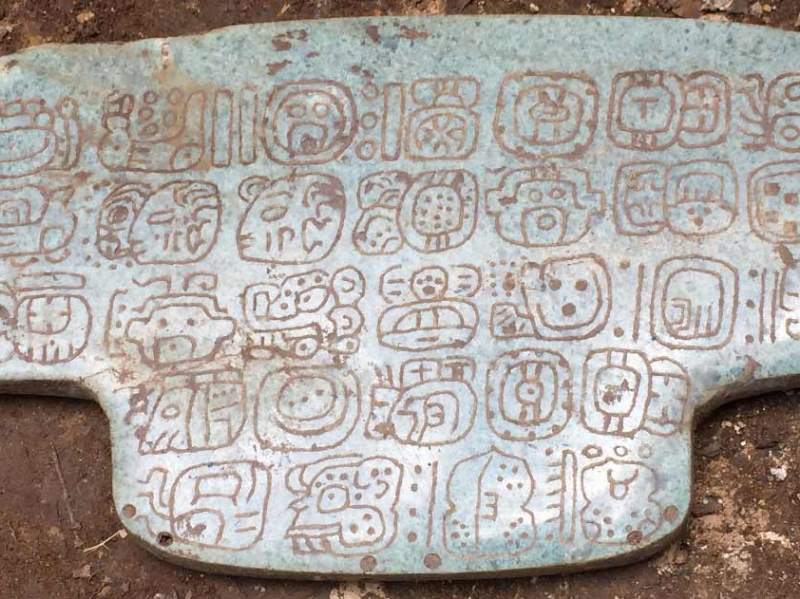 In Belize in the ancient Mayan city archaeologists have discovered a jade pendant with cut out logograms on it. Apparently, it was worn by the local ruler during the weather rituals. An excavation of the Mayan settlement was conducted by anthropologists from the University of California at San Diego. Discovering the pendant in the underground tomb, they handed it to an expert from Germany, who is currently continuing to decipher the inscription on the “royal” pendant, the official website of UC San Diego.

The jade pendant is similar to the letter “T”, its width is about 19 cm, the height is 10 cm and the thickness is 8 mm. On one side of the pendant there are cut out 30 logograms, on the other side – a sign signifying “wind, breathing”. Apparently, the pendant is dedicated to the god of the wind, and the decoration itself belonged to a ruler named Janaab Ol Kinich, who ascended the throne in 652. 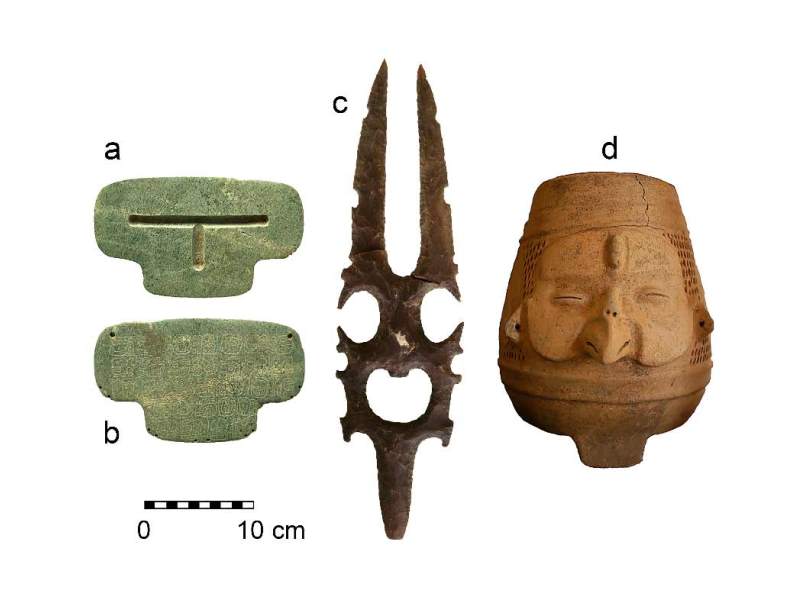 The reigning persons at that time were responsible for the weather. To ensure adequate weather conditions for a good harvest, the Mayan leader regularly participated in religious ceremonies and prayed to the god of the wind who brought the rains. During the ceremony, he wore a “wind pendant” around his neck. This is indicated by figures carved on stelae in the Mayan settlement and depicting rulers with a pendant around their necks.

Among the other most interesting finds in the underground tombs, archaeologists found a stone-an “eccentric” with an image of a devil (such stones were used for ritual purposes) and a clay vase in the form of a man’s head with a bird’s beak. Perhaps this was the image of the god of the wind of Hurakan.