The ancient settlement of Urartu was found in Eastern Turkey 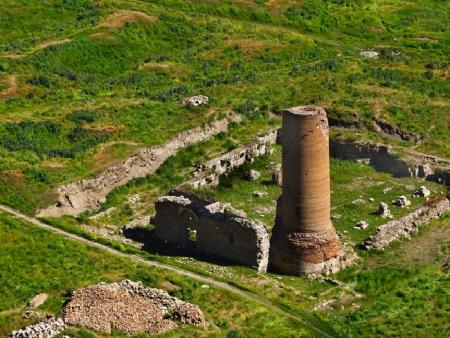 A Turkish archaeologist and researcher, Omer Faruk Lkaya, began excavations at a site located in the Turkish Eastern Province of Erzurum, after being inspired by the treasure hunters who conducted searches in the city of Dumloo district.

His investigation revealed rock tombs, temples, settlements and a water tunnel belonging to the ancient civilization in the region.

The ancient city goes back to the Urartian kingdom. This is Van Castle in Urartu, which was built in the capital of the state of Urartu, Tushba, in the ninth century BC. The castle is a great tourist attraction. 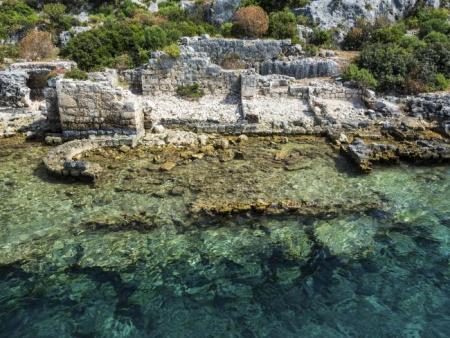 K? Z? Lkaya believes that a rock tomb may belong to an ancient king, a high-ranking person or a religious figure.

“This is the place where his funerals were held by kings or people who are highly regarded by the public. We think that there is a grave here that belongs to either the king, the ruler or the religious person.

It is applied to the local culture and tourism management about the recognition of the territory of the protected facility.

“This is an important direction relating to antiquity, the place where the ritual was performed. We see rock tombs. This site should be taken under the protection of detailed research “Daily Sabah quotation Lkaya.

Urartu was the Iron Age of the kingdom, located near Lake Van and mountain plateaus between Anatolia, Mesopotamia, the Iranian highlands, and the Caucasus Mountains.

The Kingdom was created around 860BC and was conquered around 590BC by the ancient Iranian people of the Medes. Found ruins from the kingdom are already popular tourist attractions.

But this is not the first time that an ancient city was discovered in Turkey, one of the oldest ever populated regions of the world.

The ancient Lycian sunken city of Simena, Kekova is expected to become a popular tourist destination when it opens up for holidaymakers.

The sunken ruins of the ancient Simena, which was destroyed by the earthquake in the second century, lie not far from the coast of the mainland province of Antalya.

After being closed to visitors for three decades, the historic site is expected to bring in large tourist dollars plans now open to holidaymakers.

Underwater research was banned in 1986 as part of a series of measures to protect the lost city heritage, but the mayor of Antalya wants to lift the ban and open it for a growing alternative tourism market.

“Not only nature, but the entire coast of Antalya is rich in terms of archeology. Our efforts to diversify tourism alternatives have begun to bring results and interest in diving tourism has increased, “- said the mayor.