The Apothecary at the court. Who treated Ivan the terrible, Napoleon and Louis XVI 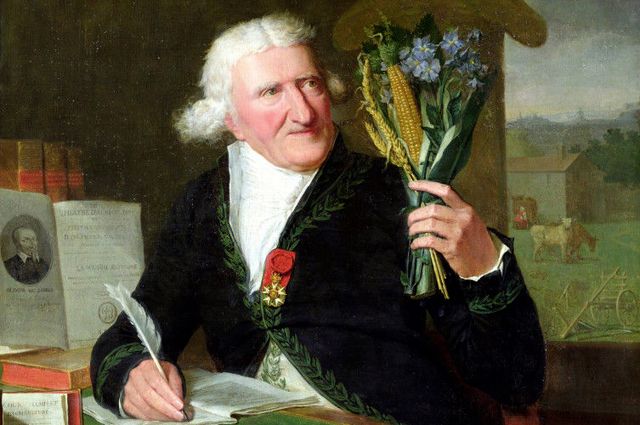 They occupied some of the most honorable places in Royal lakes. But these privileges were given to them. The slightest mistake could lead to the collapse of their career, the final point which would not reprimand or dismissal, and death. After all, at stake was the life of the first persons of the state. The court apothecaries – what do we know about them?

The activities of the doctor and the Apothecary began to differentiate much later. And while they all just called the healers, although many of their functions were purely pharmaceutical.

In 1360 pharmacist Angelo from Florence was awarded the mercy of the king of Bohemia Karel I and answered only to his court. In addition, his house and garden with all the adjacent buildings were spared from all taxes.

Garden Angelo was the first Botanic garden in Central Europe. Court of apothecaries” in the Fruit market had its own pharmacy, which can be called the very first at the Old Place and do in Prague. In addition to the drugs in the pharmacy sold different things, even treats, so pharmacists performing the work of confectioners and bakers.

Regular customers of pharmacies were Prague to the nobility and the high clergy, because good practice was considered to medicines here.

Centuries pharmacy Angelo, which exists now, had the best reputation and is now among the most advanced. Pharmacies retain the memory of the first Prague druggist the fact that on their signs placed the image of an angel is called “angel”, “guardian angel,” etc., because Angelo translates as “angel.”

Michel Nostradamus, more famous for his many prophecies, the achievements in medicine and pharmacy, lived and worked at the court of Catherine de Medici, anywhere thanks to their predictions.

From 1564 he received the official status of a Royal physician and astrologer. He was not the only Apothecary at court, but to another of his colleague, Ambassador Rene, for healing, probably very few people have applied for the simple reason that he became famous as a skilful poisoner.

As for Nostradamus, he is known for having invented the famous “pink pills.” Looks mixed based on rose petals and rich in vitamin C they were at the moment the most effective remedy for plague, allowed in 1546 in Provence to bring up 30-40% of terminally ill citizens.

Peru Nostradamus owned a number of books, among which worth mentioning “Universal cure for the plague” (1561) and “Useful pamphlet on the many excellent recipes” (1572).

However, the inscription on his tombstone again makes the emphasis on his ability as a prophet: “Here lie the bones of Michel Nostradamus, one of all mortals deemed worthy to report and record his almost divine pen on the influence of the stars on future events that must happen in the world”.

French James arrived in Russia to the court of Ivan the terrible in 1581 as part of the British delegation, together with the court physician of Queen Elizabeth and Robert James. He was not the first foreign expert at the Russian court. Prior to his pharmacy career has already worked pharmacist Mathias (Matushka-pharmacist) and the Dutch aren’t cool, who served forty years in the Grand Ducal pharmacy.

In the Kremlin chambers was established pharmacy, which was used by the Royal family and a narrow circle of courtiers. Luxury interiors of the first Royal pharmacy was harmoniously combined with silver cabinets and pharmacy supplies of gold and silver contained in perfect order. Foreigners who’ve never met before nothing like this, poured out their enthusiasm in letters, which became over the centuries a source of valuable information about the origins of pharmacy in Russia.

French, James joined the pharmacy stocks brought from England by medicines. It was mostly foods of plant origin: fruits, flowers, herbs, roots, and bark, and gums, resins and essential oils. Working day the Englishman was apparently irregular, as completely subordinate to the needs of the Royal family. In addition, in an atmosphere of General mistrust and suspicion had developed a very strict system of in-store preparing of control. The pharmacist prepared the medication only in the presence of a special clerk, and ready means alternately tried first to the court and the manufacturer and only then the king, in principle, exclude the possibility of error.

Apparently, this system worked smoothly, and the career of pharmacist from distant England was successful, as none of the documents of the time are the successors of Frenemy not mentioned.

Antoine-Auguste Parmentier, a French pharmacist and agronomist of the Enlightenment, inspector-General of health under Napoleon, who worked on the sanitary condition of the French army and held in 1805, the first in the history of the campaign of vaccination against smallpox, invented the technology to extract sugar from sugar beets, founded a school of baking and have made a contribution to the study of the ways of freezing and preservation of food, in memory of descendants remained as an active promoter of potato cultivation in Europe. In his honor, even called a few dishes, the main ingredient is potatoes.

Thanks to the efforts of Parmentier Paris medical faculty announced in 1772 the potato edible.

The French immediately took the mysterious tubers. And surrendered only when Parmentier drew on his side of the Royal couple. Louis XVI liked a variety of dishes made from potatoes, and the Queen, like a true woman, the flowers of this plant. Decorating your dress, it made offspring Parmentier unheard of advertising. After which the potatoes immediately came into fashion, but only as decoration for a costume. So the resourceful scientist had to go to the trick.

Potato plantation at the request of the Apothecary began to guard the king’s soldiers. But only a day to give the possibility intrigued by the French to steal under cover of night a mysterious tubers. What they did, and with great zeal. Because, as you know, there’s nothing sweeter than forbidden fruit.