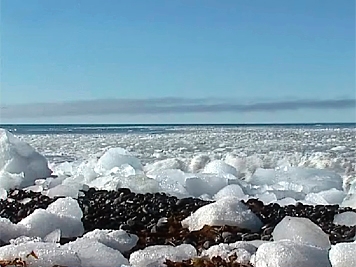 The Siberian Arctic was suitable for human life and existence of successful populations for the last 50 thousand years, scientists of Institute of history of material culture of RAS declared.

Archeologists came to such conclusion, researching the finds and materials found in 2016 in the Siberian Arctic. They testify to the high level of culture and abilities of the people inhabiting the Far North of modern Russia 21 thousand years ago before a glacial maximum, the press service of Institute specifies.

The age of finds exceeds 30 thousand years. By means of them scientists reconstructed the sequence of climatic changes of a late pleistocene in the north of Yana-Indigirka Lowland.

“Accumulations of bone residues the pleystotsenovykh of the animals serving by production of ancient hunters are found in point Northern Yanskoy in case of excavation of a field season of 2016. Numerous bones and their fragments were warehoused by inhabitants of the parking in lowering of a relief, in the boggy place near the living area. The rich site of an occupation layer with the center is nearby found small on the area, but. Level of a manned surface is visible distinctly, including thanks to abundance of bone residues”, – the head of the Yano-Indigirka expedition of institute Vladimir Pitulko told.

The studied area constitutes about 25 square meters. In case of further excavation separate spots of an occupation layer can meet.

“There are all bases to claim that an environment of this area for the last 50 thousand years, including an era of the last glacial maximum, was acceptable for existence of successful human populations. At the same time, their number, undoubtedly, changed”, – Pitulko notes.