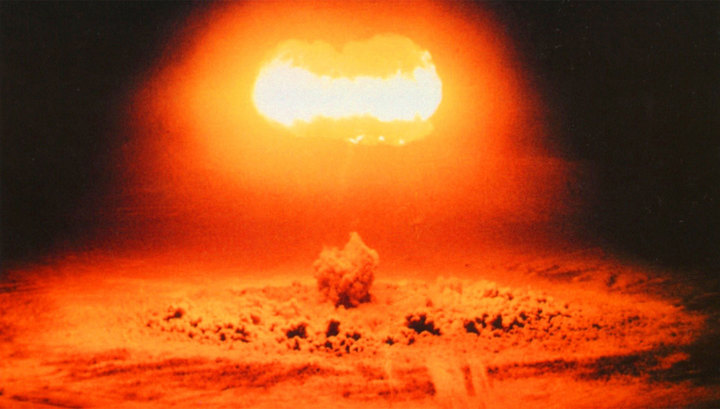 A German pensioner was found in the mountains of Thuringia atomic bomb Hitler threatened Europe with nuclear disaster. Former engineer Peter ENT sure that he found in a mountain tunnel, dug out by the Nazis toward the end of the war, the atomic bomb.

When this ENT has warned that it will soon begin the decay of nuclei that portends for Europe’s nuclear disaster similar to that experienced Chernobyl.

Seventy-year-old pensioner from Germany Peter ENT says that he discovered five large metal objects in the mountain tunnel, dug out by the Nazis in the Jonas valley in Thuringia. According to Laura, at least two of the findings of the atomic bomb.
The former mechanical engineer has no doubt that he found the weapon of mass destruction created by the Nazis near the end of the Second world war. Form was found in a mountain tunnel objects, according to ENT, matches the shape of the atomic bomb.

Thus the pensioner warns that dangerous discovery could lead to a nuclear Holocaust.

“These metal objects were here 71. At some point the collapse will happen the kernel, and then we will have a second Chernobyl,” warned Peter LOR.

Towards the end of the Second world war Jonas mountain valley, where retired and made his discovery, became a platform for the construction of classified military installations, casting a glance at the history of the Daily Mail. To dig mining tunnels in the area has forced thousands of concentration camp prisoners. The purpose of the tunnels is unknown, because this idea of the Nazis to carry out not in time.

In April 1945 the valley Jonas was liberated by American troops. Since then, all the Nazi documents relating to the Thuringian town of Ohrdruf were classified by the Americans for a period of at least 100 years.

Rumors about atom bombs in these places pop up not for the first time, noted British newspaper. Last year, the documentary program “In search of atomic bomb Hitler” were given quotes from the reports of the interrogations of scientists of the Third Reich and the testimony of witnesses, according to which the Nazis were close to developing weapons of mass destruction.