The authenticity of the “bag of St. Francis bread” 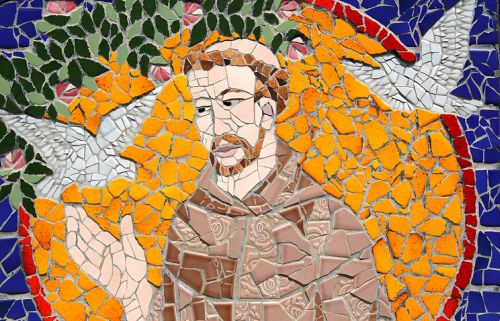 Scientists in Italy confirmed the authenticity of one of the wonders of St. Francis. This is an episode when Francis of Assisi, who lived in the 13th century, saved the lives of his Franciscan brothers from starvation.

According to the belief, the case was in the winter of 1224, when the monks were threatened with starvation and cold death. Filled with snow in a monastery near the town of Avvelino, the Franciscans prepared for the worst when they heard a knock at the door, after which they found a bag full of bread. It is believed that it was laid by Saint Francis. For three centuries, the monks carefully stored the cloth in which the bread was, covering the altar. Then the fabric was cut into many pieces, which as a relic were sent to different churches. The monastery, founded in 1222, still exists and is considered a national monument.

Specialists from the University of Pisa and the National Research Council, led by the Danish chemist Kaare Lund Rasmussen, conducted a radiocarbon analysis that confirmed that the tissue is at least 700 years old. As they indicated in the specialized journal “Radiocarbon and Archeology,” the pieces of fabric date from 1220-1295. Moreover, the scientists managed to find out that in the sack of this fabric bread was really stored. Thanks to microbiological analysis using the latest technology, researchers have isolated traces of yeast.

“Initially, I was quite skeptical about this project, because all the organic substances evaporate completely over time, but in our case, the traces of the organic remained, because the tissue absorbed them.” Their safety is explained by the fact that the fabric was stored in a place protected from light and moisture “, – explained the Italian researcher Ilaria Degano from the University of Pisa.

Francis of Assisi is one of the most revered saints in the Apennines and is considered the patron saint of Italy. He was famous for being adherent to the ascetic lifestyle and founded a mendicant monastic order, even though he himself was a descendant of a wealthy family. The present Pope of Rome, Bergolo, took the name, ascended to the throne, in honor of Francis of Assisi and became the first of 266 Roman high priests with this name.