The bed of Tutankhamun was an ancient miracle 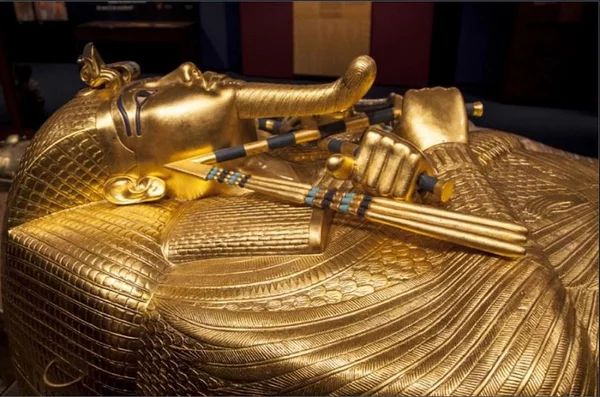 King Tutankhamun, the pharaoh who ruled Egypt more than 3,300 years ago, slept on the precursor of our modern camping bed.

British archeologist Howard Carter discovered a unique three-layer bed made of light hardwoods – when he entered the treasury of King Tut’s tomb in 1922.

This piece of furniture was smaller and was closer to the ground than the other five ordinary beds found in the burial chamber of King Tut. Nevertheless, it had a remarkable level of comfort, with a fairly elegant design, as well as sophisticated technology.

The study showed that the bed, folded into the Z shape, thanks to an ingenious mechanism. This is the only large camping bed that has ever been found. None of the other pharaohs, except King Tut, had such a bed. 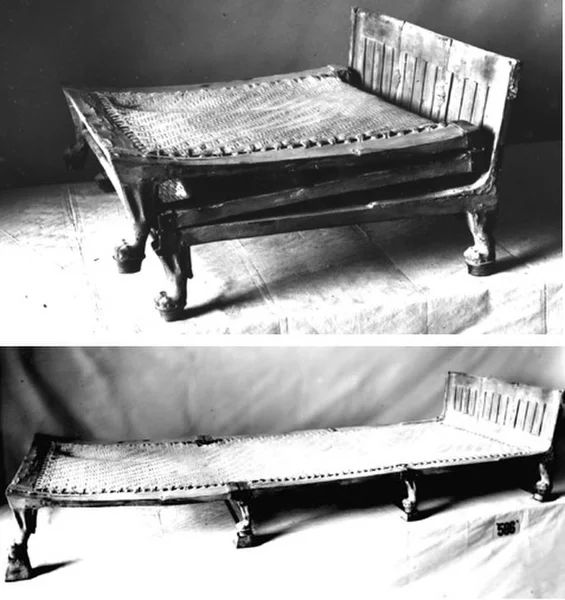 The model of the double bed from Egypt in Egypt, which measures about 5 inches by 12 inches (13 by 30 centimeters) and dates back to the 18th dynasty, suggests that two or more beds can exist or at least have been designed before , as the camping bed of King Tut appeared.

But the three-fold bed of the boy-king was revolutionary, the researchers say, adding that it is more stable, convenient and much more compact than a two-folded bed.

Studies show that the artisans of that time did not have a sample of a similar bed and it was specially created for Pharaoh Tut. 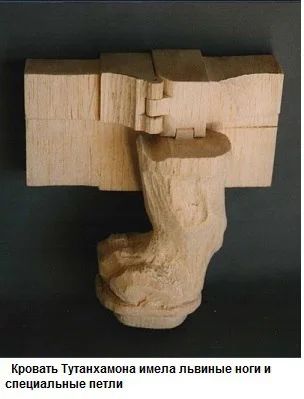 Studies of the technical features of the clamshell showed a unique interaction of form and function. The result was a convenient hybrid system from a wooden frame, bronze hinges and a weaving mat.

The bed consists of four wooden “lion’s” legs (paws), which are supported by copper plates that support the weight of a person.

However, given the complex shape of the legs, folding the bed was difficult. To solve this problem, ancient artisans developed some ingenious loops and placed them on four auxiliary legs. Thus, the legs lifted the tension from the hinges when the bed was used.

For a complex folding system, two different types of hinges were required: single hinges with plugs were used on the middle and final pairs of legs near the footrest, and a double hinge system was designed for the front pair of auxiliary legs. Bicuspid legs can be turned inward at the same time when the bed is folded.

Stretching over the frame from end to end, the rug was woven into three thin slings. You can see holes around double hinges, they were made in order to place slings there, but they were not used. Actually, the bed could not be folded if slings were passed through these holes. 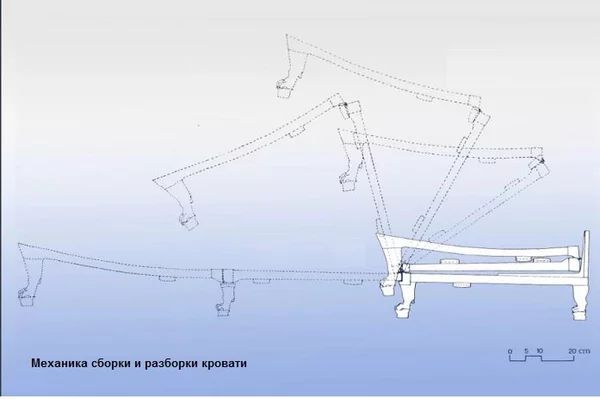 This process of trial and error clearly shows that this three-layer bed was made for the first time. The bed not only shows the high level of skill of the ancient Egyptian artisans, but also gives an idea of ​​the preferences of the young Tutankhamun.

Despite the fact that the fragile young king may never have participated in long and exhausting expeditions, he nevertheless loved hunting and camping. (The researchers suggest that the boy king suffered from malaria and a clubfoot, so he had to use a cane) .

His bed was a work of art, but in fact it’s a clamshell.