The biblical city of Dan destroyed the drought 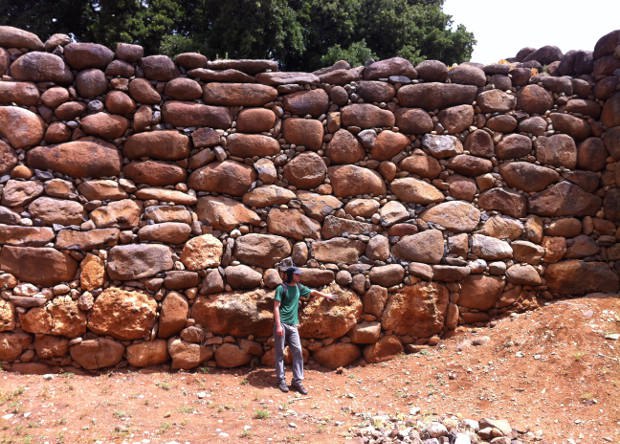 Droughts and water shortages repeatedly led to the decline of the biblical city of Dan, which was in the north of modern Israel. The researchers found a link between the drop in the water level in the tributary of the Jordan River, which supplied the city with water, and periods of its decline.

The ancient city of Dan, which was located at the foot of the Hermon mountain range, apparently was founded at the end of the Neolithic, about 4,500 years before Christ. He is repeatedly mentioned in the Bible (in particular, in the Book of Judges) under the name Lais (or Laish). According to ancient Egyptian sources, written about 1800 BC, he was at the intersection of trade routes from Mesopotamia to Phoenician cities. This is confirmed by archaeological excavations. According to the Bible, Lais was conquered by Jews from the Danovo tribe and burned to the ground. On the site of the destroyed settlement they built the city of Dan. At the beginning of the first millennium BC the city was captured by the Aramaic tribes. This is evidenced by the remains of a stone stela, found during excavations of Dan. In the middle of the VIII century BC the city was first destroyed by an earthquake, and then – captured by the Assyrians. Approximately in 500 BC, Dan, apparently, lost its importance and was abandoned. Later people lived there periodically, but in small settlements.

The ancient city was in a marshy area at the same river – the main tributary of the Jordan River and its main source. The Dan River, in turn, was fed by numerous streams that appeared in the spring, during the melting of snow in the Hermon mountains, and also during the rains. Residents of Dana built an irrigation system that supplied fresh water to both people and crops. Written sources from Dan did not survive (or the city dwellers did not), so researchers do not know what happened in the city in droughty years. However, studies have shown that droughts and climate change in neighboring Syria, Mesopotamia and the southern Levant led to conflicts and migration of residents.
French and Israeli archeologists and environmentalists, led by David Kaniewski of the National Center for Scientific Research, analyzed fossilized pollen and plant remains found in the ancient city. So scientists calculated to determine whether moisture-loving or drought tolerant plants grew here at different times, and accordingly, when the water level in the river fell, and in the city there was a lack of water. Also, researchers followed how the region developed agriculture, including the cultivation of olive trees. Although the olives are quite resistant to drought, due to lack of water they can not bloom less and give less pollen. Then, using archaeological evidence, they estimated the population density and the area of ​​settlement of the city at different times and compared them with paleobotanical data.

It turned out that the population of the city decreased several times, approximately in 2500-1950, in 1050-840 BC and after 550 BC. During these same periods, the agricultural activity of the inhabitants of this place also decreased. At about the same time, the water level in the Dan River decreased (in the years 2150-1900, in 1050-850 BC and after 550 years).
Researchers believe that a decrease in the water level in the river led not only to its shortage for people and plants. Standing water turned the surrounding terrain into a swamp. The inhabitants left the city, and there was nobody to support the irrigation systems in working order. The diversion channels and reservoirs with water were clogged and also turned into hotbeds of diseases, mainly malaria, from which the people left in the city suffered.

Previously, American researchers found that the death of the largest settlement of North American Indians, Cahokia, which existed in the VII-XII centuries, was a flood.