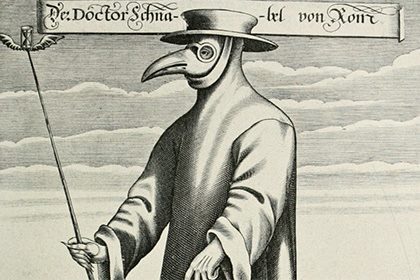 With thousands of shards, dug out by British enthusiasts, the scientists were able to objectively assess the damage caused to the population of the country the Black death — a catastrophic epidemic of the plague of the XIV century.

Simple pottery shards from broken dishes is often falling archaeologists items. The abundance and ubiquity of these pieces makes them a valuable indicator of population density. If on the territory of the settlement to dig a pit (with a certain interval), and then count and compare the number of shards of different eras of these holes, it is possible to get a more accurate picture of the demographic history of this area.

This work took thousands of volunteers who conducted excavations in 55 villages in six counties of East Anglia. Carenza Lewis (Carenza Lewis) from Lincoln University and his colleagues studied about two thousand shards of the XIV-XV centuries.

Historians of the twentieth century was sceptical of mortality from the plague: in their view, the authors of medieval Chronicles exaggerated the number of patients and burial of dead from this disease archeologists almost never find. However, the conclusions of Lewis confirms the correctness of contemporaries of the epidemic— on average, the population declined by 45 percent. In some counties, the mortality rate reached 65 percent, for example in Norfolk.

Lewis notes that these figures are understated, as the volunteers were digging in the settlements, was abandoned in the XIV-XV centuries, whose inhabitants plague destroyed completely. Also, the archaeologist underlines how devastating the Black death was for small communities. For example, in Cottenham (Cambridgeshire) died, 33 out of 58 people.

Lewis recommended that his method of data collection for the study of the scale of the Black death in other regions of Europe.