“The book of the People” of the Maya 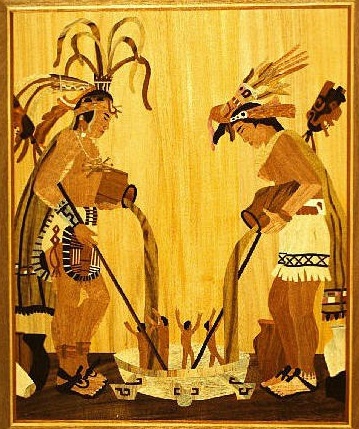 The Maya left behind not only the ruins of once majestic cities and pyramids made of different metals. In inheritance to the descendants they gave a wonderful book, which tells about the creation of the world and about the history of the mysterious people.

“The book of the People” and the difficulties of translation

Actually it’s amazing that the “popul Vuh” (translated as “the Book People”) managed to survive to the present day. But even now, researchers are not able with certainty to say, when and by whom was written this literary monument. Most likely, it was created roughly in the 16th century, presumably in Santa Cruz Quiché. And for the “base” the author took the many tales of late of the Indians quiche Maya, whose culture at that time almost extinguished.

A century later the creature found a monk of the Dominican Francisco Ximenez, who at the beginning of the 18th century, was rector of the Church in the Guatemalan town of Santo Tomas-Cavila (the Indians called this settlement Cizikas-tenango). We can say that future researchers of Indian culture lucky. After all, friar knew the quiché language and, in General, strongly interested in the past. Therefore, Francisco realized that the artifact represents a historical value and the translation he made as accurate as possible.

As often happens, the literary legacy of the quiché no one paid attention. Only many years later, Austrian Karl Scherzer found the translation a monk in the Guatemalan University of San Carlos. And only after that the researchers seriously interested in the manuscript.

Soon, the French scholar Charles étienne Brasseur de Bourbourg has translated historical document into French. In 1861 he published a translation with the original. His work the French called “the Popol Vuh. The Holy book and the myths of American antiquities”. Only after that, about the literary heritage of the Maya-quiché learned around the world.

And, as they say, rushed. Everyone was more or less confident Explorer of Central and South America considered it their sacred duty to do their own translation, and were taken as a basis the work of de Burbure. But, by and large, all of them were a failure because the translators are very loosely belonged to the original (indeed, many moments from the book were just strange). To this list, unfortunately, includes the translation by K. Balmont, which was published in the journal “Snake flowers”. Only three researchers were able to translate an Indian manuscript of this scientific treatment is Frenchman Jean Reynaud and the Guatemalan A. Recinos. But the best translation, according to scientists, it belongs to the German Sulze-Foam.

What is valuable in the book?

In the “Popol Woche” there are several mythological cycles, which have different origins. Some were created by the Indians at the very beginning of their cults, others somewhat later, when the Maya came into contact with the Nahua peoples. But most of all is reserved for the most ancient legends, which tells of the origin of the world and the heroic adventures of two twins Hun-Ahpu and Xbalanque. 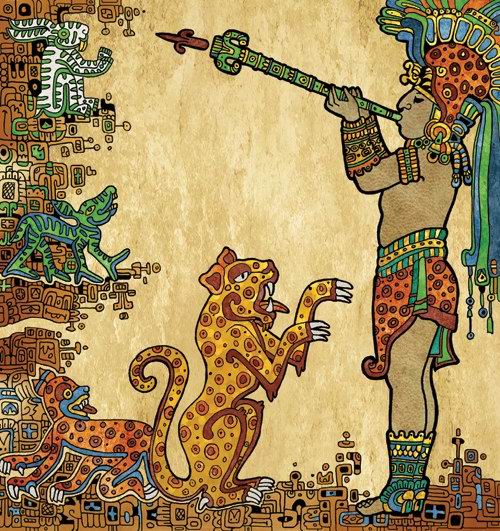 In this, we can say, the Indian “Bible” has four parts. The first two and the third piece talk directly about the creation of the world, but also about the confrontation of good characters against the forces of evil. In the last section, all the attention paid to the misadventures of the Indians. The book tells in detail about their ordeal, about how they got to the land of modern Guatemala, founded the state and fought heroically with multiple opponents. I wonder what he original text is written uninterruptedly, without any separation. The first book introduced parts and chapters already mentioned the Frenchman Brasseur de Bourbourg. 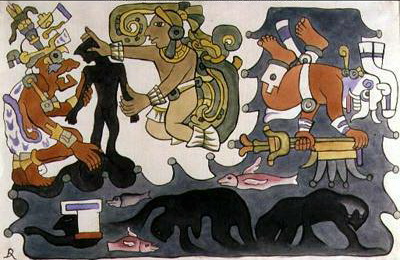 The original “the Popol Vuh” created a rhythmic prose that features a certain, the same number of accented syllables in a paragraph. So the alignment of the text “dabbled” in the time of ancient Egyptian and ancient Babylonian poets. Also the “popul Vuh” is endowed with a special “key words”, which are the main carriers of semantic loading. Simply put, every new proposal is built as parallel, as in the form of opposition to the previous phrase. But “key” is repeated. But if its not, there is always a semantic contrast. For example, “day-night” or “black-white”.

And yet the main character of the book is, of course, Indian people. What is remarkable is how the book ends: “More about the existence of the people of quiché nothing to say…”. After all, the main purpose of creation is the story of a great past civilization. And, as the worldview of that time, the “great” refers to the victorious war, burned enemy towns and villages, captured slaves, annexed the territory, human sacrifice in favor of bloodthirsty gods, and so on. 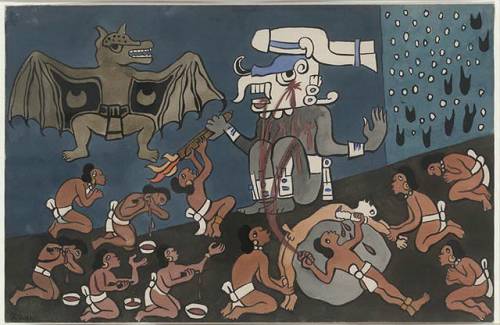 The Creator of the book avoids those moments that can in one way or another to discredit his people. So in “the Popol Woche” there is no word and numerous internal strife, which successfully used the enemy Nations. For example, kaqchikel. Not in the book and references to the collisions with the Spaniards, because they sort of kitsch nothing to brag about. But in the book clearly stated that the quiche Maya originally lived in Central Mexico, likely in the neighborhood by the Toltecs. But then something happened, and they were forced to seek new territory. So the quiche was in Guatemala.

Thanks to “the Popol Wuhu” it became known that the Indians considered themselves natives of the North caves, the land was called Tulane. And the entrance was guarded by a bat. It was a kind of mediator between the worlds of the living and the world of the dead. So, if you believe the Mayan legend, their ancestors once managed to escape from hell and live on a living earth.