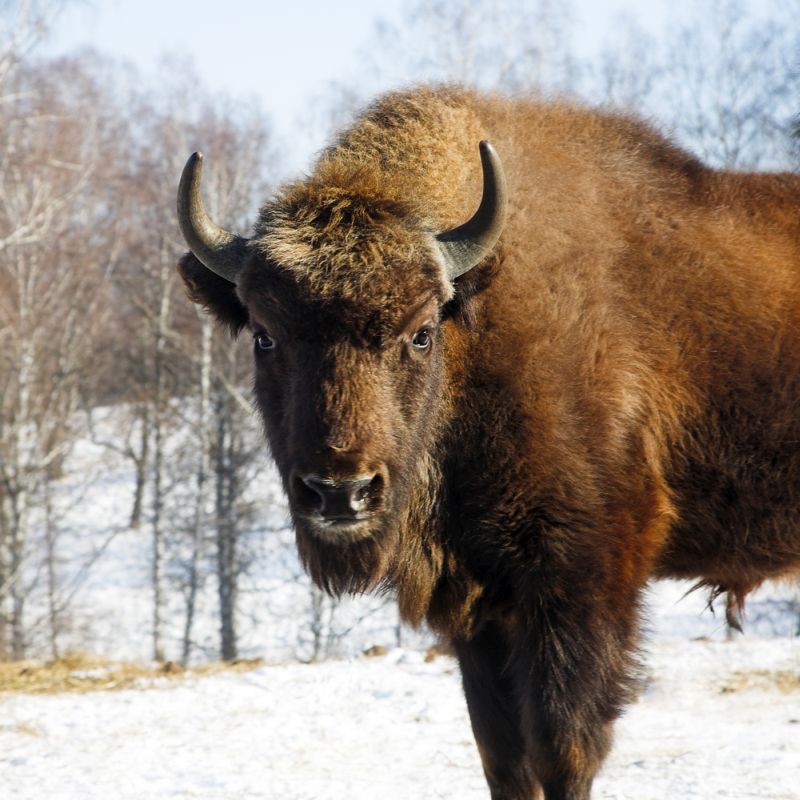 Paleontologists were aware that the American bison (Bison bison) came to North America from Siberia by the land bridge existing in the Pleistocene epoch on the site of the current Bering Strait.

A new study made it possible to establish more accurately when this migration occurred.

Specialists in molecular biology from the University of California at Santa Cruz and from the University of Alberta in Canada used more than forty bone samples found in Canada, Siberia and Alaska to extract the ancient DNA. They belonged not to the modern American bison, but to their ancestors – to the steppe bison (Bison priscus), which through the chain of species-descendants gave rise to the current bison.

A genetic analysis of the surviving tissue samples of the ancestors of the current bison showed that the bison migrated to North America from 195,000 to 135,000 years ago, that is, bison appeared in America 120,000 years earlier than humans. For 20,000 years the bison has spread through its territory, and this is much faster than previously thought. In the course of this spread, the bison changed, adapting to the new conditions of life, resulting in new species of animals, including the giant long-legged bison, as well as the modern species of the bison.