The cause of mass extinctions on Earth could be supernova explosions 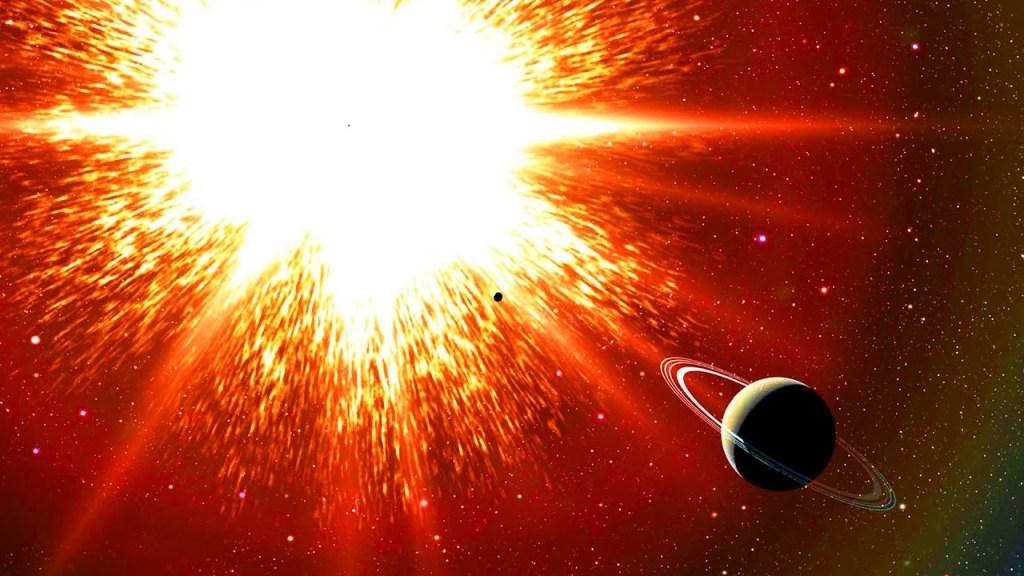 Two and a half and eight million years ago, near us (by astronomical measures), two supernovae flared up, which could lead to depletion of the Earth’s ozone layer and numerous undesirable consequences for life. Especially a serious blow could be a supernova of two and a half million years. Pliocene, the hot and mild epoch, ended, and the Pleistocene began, the era of glaciation and glacial age. Natural variations on the Earth’s orbit and rocking would probably explain the climate change, but the supernova event that occurred just in this period would do better.

It is believed that the supernova broke out in 163-326 light years from us (50-100 parsecs). For comparison: our nearest star neighbor, Proxima Centauri, is 4.2 light years.

Consequences for the Earth

Supernovae can sterilize any inhabited planets in the neighborhood if they find themselves on the path of ionizing radiation. Could these supernovae chaos the existing biology of our planet? Dr. Brian Thomas, an astrophysicist at Washburn University in Kansas, decided to figure this out for sure and modeled the consequences for biology on the surface of the Earth, based on geological evidence of outbreaks of two supernovae, 2.5 and 8 million years ago, respectively. In his latest work, Thomas studied the progress of cosmic supernova beams through the atmosphere to the surface in order to understand their effect on living organisms.

Looking at the fossil record during the Pliocene-Pleistocene boundary (2.5 million years ago), we see abrupt changes in fossils and global covering of the soil. Thomas notes that “there have been changes, especially in Africa, which have shown the transition from more wooded to meadow soil.” At the same time, the geological record shows a global increase in the concentration of iron-60, which is a radioactive isotope formed during a supernova explosion.

“We were interested in how exploding stars could affect the earthly life, and it turned out that several million years ago life had undergone a major change,” says Thomas. “This may be due to a supernova.”

For example, on the Pliocene-Pleistocene border, there was a change in the number of species. Despite the fact that large mass extinctions did not occur, higher rates of extinction were observed in general, the species themselves changed and vegetation changed.

How could a supernova nearby affect life on Earth? Thomas dissatisfiedly notes that supernovae are often exposed in such a light that “the supernova flares up and everything dies”, but this is not entirely true. It’s all about the atmosphere. The ozone layer protects biological life from harmful, changing the genetic background of ultraviolet radiation of the sun. Thomas compiled global climate models, atmospheric chemical composition models, and radiation transfer (radiation propagation in the atmospheric layers) to better understand how a cosmic ray burst of supernovae could affect the Earth’s atmosphere, in particular the ozone layer.

It is worth noting that the cosmic rays of supernovae will not incinerate everything in its path. The intergalactic medium acts as a kind of screen, slowing cosmic rays and “radioactive iron rain” (from iron-60) for hundreds of thousands of years. High-energy particles will be the first to arrive to Earth and will interact with our atmosphere not like low-energy particles that will arrive later. Thomas simulated depletion of the ozone layer in 100, 300 and 1000 years after the first supernova particles began to penetrate the atmosphere. Curiously, depletion reached its peak (26%) in 300 years. 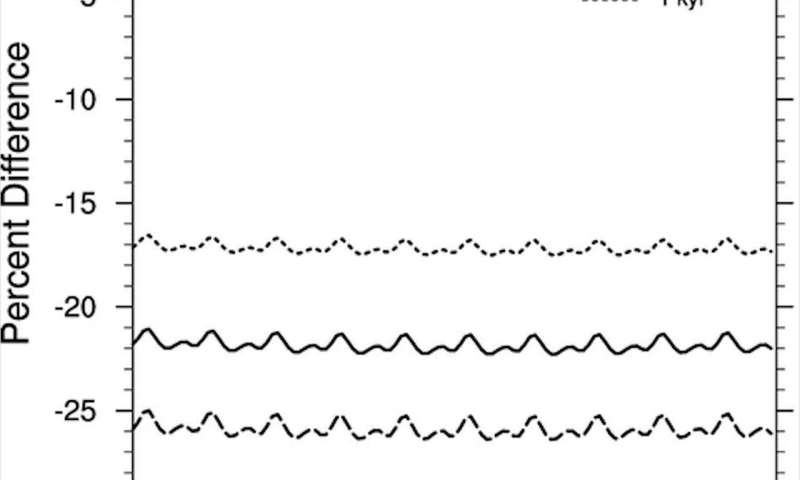 Depletion of the ozone layer is a serious threat to life on the surface.

Thomas studied several possible devastating consequences for biology (erythema, skin cancer, cataracts, slowing down photosynthesis of marine phytoplankton and damage to plants) for different latitudes as a result of an increase in the intensity of ultraviolet radiation caused by a decrease in the ozone layer. The increased damage has appeared in all directions, increasing with breadth and corresponding to the changes preserved in the fossil record. However, not all effects were equally flawed for organisms. Plankton, the main producer of oxygen, suffered minimally. In addition, there was a small increase in the risk of sunburn and skin cancer among people. 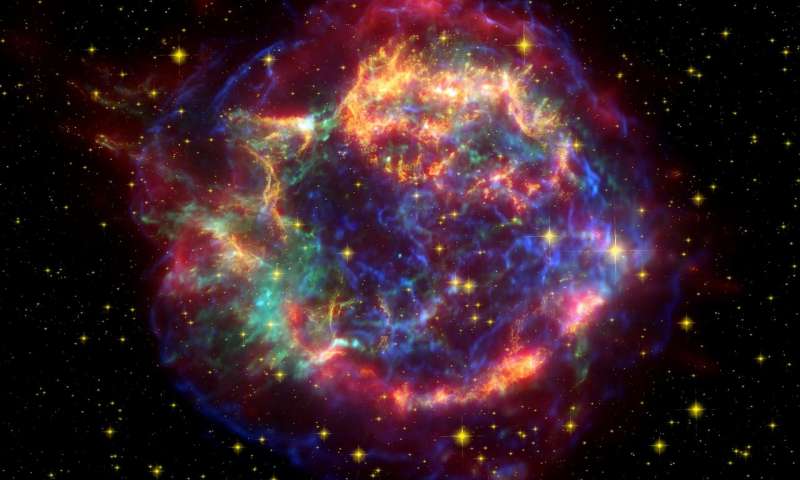 So, could a supernova close to lead to mass extinction? Looking from which side to look, Thomas says: “There is a subtle difference between” the destruction of everything and everything “and the suffering of individual organisms. Some plants were added to the crop, like soybeans and wheat, while others were lost in productivity. ” And this is also reflected in the fossil.

But how supernovae could affect the evolution of man – this issue, Thomas will take up his next job.