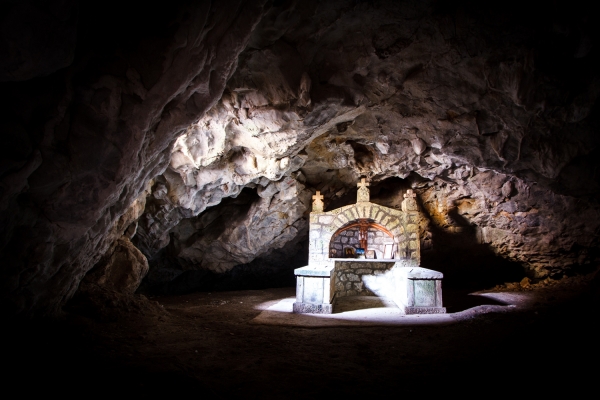 In the West of Serbia, near the town of čačak, is the cave Kadjenica. In total, the country has dozens of caves, but Kadjenica — not so much natural as a historical monument.

In the early nineteenth century, the Serbs suffered from the oppression of the Turks, and in this cave, which lies on the right Bank of the river Western Morava, hiding women, children and the elderly. However, the children crying attracted the attention of the enemies; they found the entrance to the cave, laid it with straw and set on fire. All the people died.

In 1936 the remains were interred in two stone sarcophagi. In memory of the martyrs of the cave itself (previously unnamed), and erected in it a Church called Kadjenica: from the Serbian word for “incense”.