The curse of the tomb of Tutankhamun 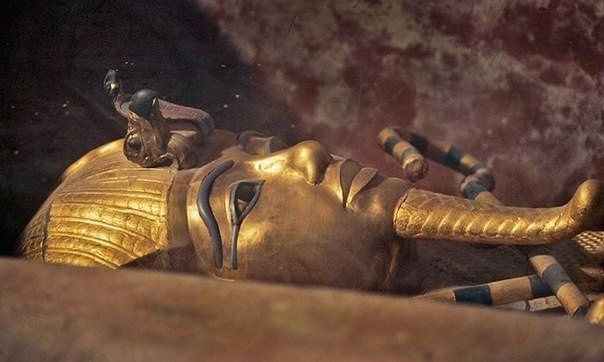 Tutankhamun – Pharaoh of Ancient Egypt from the XVIII dynasty of the New Kingdom, ruled around 1332-1323. BC. e. Entered the throne at the age of 10. For him ruled elderly courtier Eyé and commander Horemheb.

In childhood was named Tutankhaton, in honor of Aton’s god of the cult of his father Akhenaten. But after the death of his father and the abolition of this cult, he took the name of Tutankhamun.

Since the discovery of his burial in 1922, disputes have not ceased around the reign and death of this ruler.

Amenhotep III – the father or grandfather of Tutankhamun (depending on various interpretations of sources), was a powerful pharaoh and ruled for nearly four decades, during the golden age of Egypt.

After him, his son Amenhotep IV ascended to the throne. The time of his reign is one of the most mysterious periods in the history of Egypt.

The new Pharaoh planted the worship of Aton, the god of the Sun disc, soon changed his name to Akhenaten, which meant “servant of Aten”, and moved the capital from the old Thebes to the new city of Aachenaton, now known as Amarna.

But that’s not all. The country was awaited by new shocks: the pharaoh took up arms against Amon, the chief god of the Egyptians, and ordered to destroy his images and close the temples dedicated to him.

After the death of Akhenaten, the power passed to a mysterious ruler named Smenkhkar, of whom little information remained.

Then the very young Tutankhaton ascended to the throne. From the text of the great stele erected by him, or rather on his behalf, in the main temple of Amun – Karnak, it is known that he returned to the cult of the former gods and returned to the priests of Amun all their rights and heritage. True, the restoration did not happen immediately. The first three years after the accession to the throne and, apparently, under the influence of Nefertiti, Tutankhamen still continued to stay together with the court in Ahetaton. And only after the death of Queen Nefertiti, supporters of the former religion finally prevailed.

It is possible that the pacification inside the country, achieved with the young king by his closest associates, led by Aye, contributed to some strengthening of the external situation of Egypt. Apparently, in the reign of Pharaoh Tutankhamun, the great military leader Horemheb, the future Pharaoh, won the victory in Syria, in connection with which, in Karnak portrayed the arrival of the royal vessel with the Syriac in a cage.

Under Pharaoh Tutankhamun, the building was reinforced, and the sanctuaries of the former gods, which had been neglected and destroyed at Ehnaton, were restored. Not only in Egypt, but also in Kush (Nubia) found traces of his activities; for example, the temples in Cava (Gempaaton) and in Faras.

The gods are dedicated to new statues. But later, Eeye and especially Horemheb mercilessly washed Tutankhamun’s cartouches and usurped everything that was built under him.

The tomb of Tutankhamun for more than three thousand years kept its secrets in the Egyptian Valley of the Kings. There is hardly an event in the history of archeology, comparable in importance to the discovery of the tomb of this pharaoh, made in 1922 by Howard Carter. Despite the fact that even in ancient times, the robbery penetrated the burial chamber, it turned out to be unreplanted. In it were found a huge number of items of ancient Egyptian use, untold treasures and absolutely untouched mummy. The most valuable exhibits produced a revolution in Egyptology.

Tutankhamun was not the most famous person in the history of Egypt, but thanks to this discovery, it was he who became the torch of the culture of the disappeared civilization. His tomb is the only royal burial that has come down to us intact. Due to this Tutankhamun became one of the most famous lords of Ancient Egypt.

However, the value of this discovery far exceeds the value of gold found in the tomb. Thanks to excavations, people were able to see the complexity and magnificence of the ancient Egyptian funeral rite, the notion of the scale of the state cult of the pharaoh and the funeral Egyptian ritual was enlarged. The stunning contents of the tomb aroused interest in the life of Tutankhamun and his mysterious death – an interest that has not faded so far.

But this story, like any discovery, also has negative aspects. These are legends that were born during the research. This find gave birth to many mysteries and questions. One of such mysteries is the unusual deaths of two dozen people who took at least some part in the excavations.

Already at the first stage of research a legend about the “curse of the pharaoh” appeared. Some time after the discovery, G. Carter found a clay tablet in the tomb, which said that over everyone who dared to disturb the peace of the pharaoh, death would spread its wings. And, as you know, the pharaohs and their priests did not throw words into the wind. At one time, a similar inscription was found in one of the tombs. There, apart from this message, two bodies were found. The first is a mummy, and the second is a robber. At that moment, when the thief reached out his hand to the treasure, a stone fell on the ceiling.

Talk about this “curse” appeared after the April 5, 1923 Lord Carnarvon died. Then other deaths, no less mysterious, followed. Soon, one by one, the wife of the lord, his stepbrother, the woman caring for him, the doctor who X-rayed the mummy and other people who had direct or even indirect relation to the discovery, suddenly died. By 1930 only G. Carter remained of all witnesses. Until now, there are rumors about whether this chain of death is accidental, whether there is a connection between them. The official version of the mysterious deaths, expressed by Carter himself, seems not entirely convincing. According to him, modern people can not believe in such mystical nonsense as “the curse of the pharaoh”. The chain of deaths, in his opinion, is just an accident. But is it possible to believe that the death of one after another of twenty-one scientists, who together with him explored the tomb – is just a fateful coincidence of circumstances? And this is not the only mystery of the tomb.

The malignant priests could well have sprayed something poisonous in the tomb in order to practice the curse in practice. The priests enjoyed great authority in Egypt and specialized in black magic. Even the sorcerers of Atlantis came to Cairo to practice their terrible art. Especially their Egyptian colleagues managed to curses. According to legend, the priests also possessed telepathy, foresighted the future, controlled the weather.

In the light of the above, the most sensational explanation of the Tutankhamun phenomenon is not so surprising: the priests, who for a long time anticipated all the world physics, learned to split the atom! In 1949, atomic scientist Luis Bulgarini said that they “suspected the power of uranium and used radiation to protect the sanctuary.” The ceilings could well have been covered with uranium and dislodged in radioactive rock. And radiation, as is known, can, if not kill a person, then severely harm him. Researchers died from unknown diseases, suffered from unexplained weakness, brain damage. But uranium ore is mined in Egypt today … 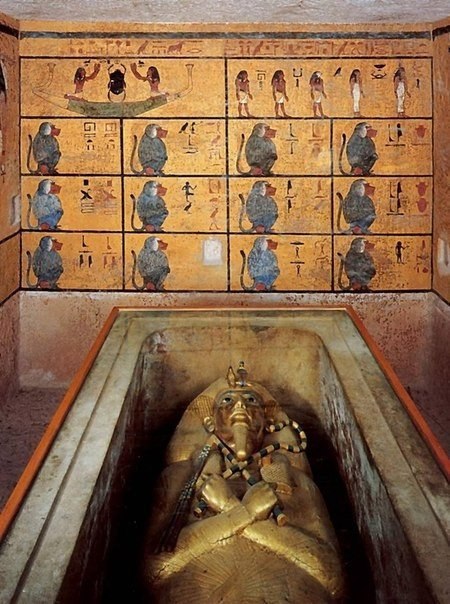 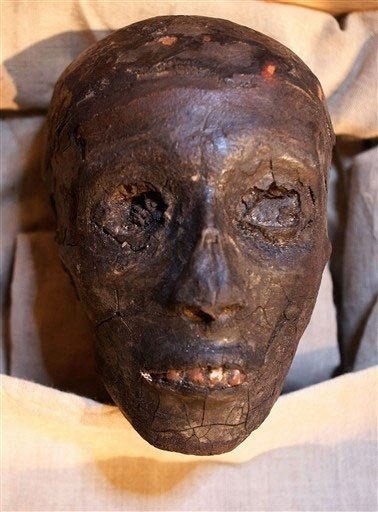 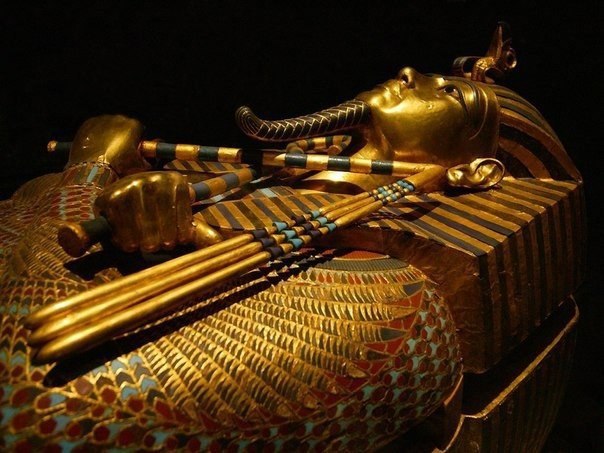 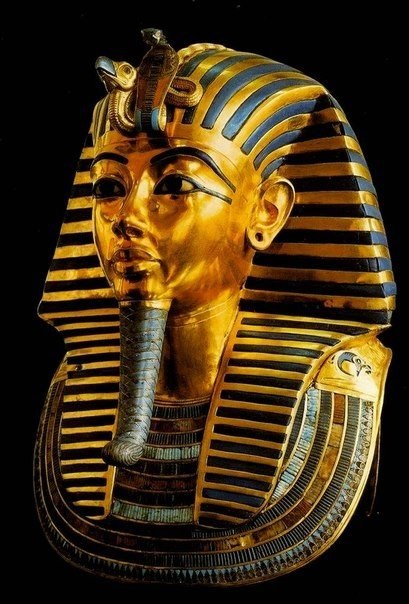 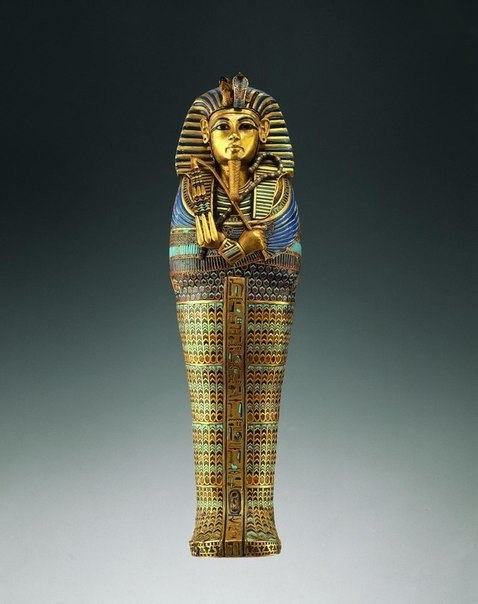 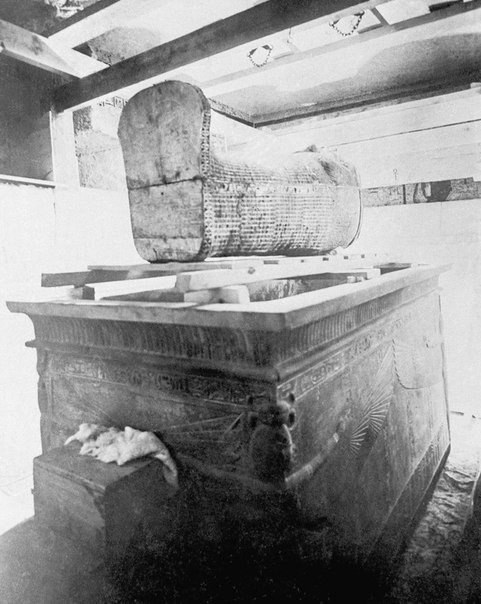 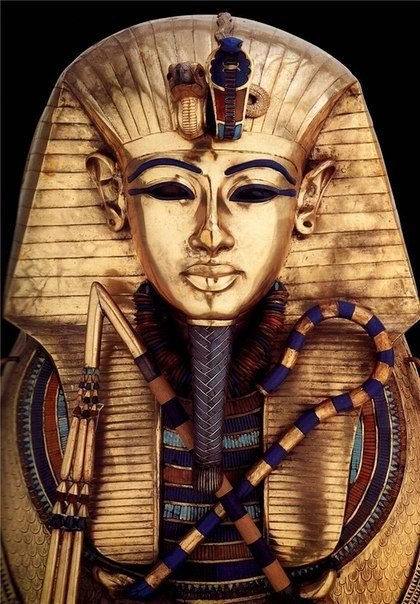 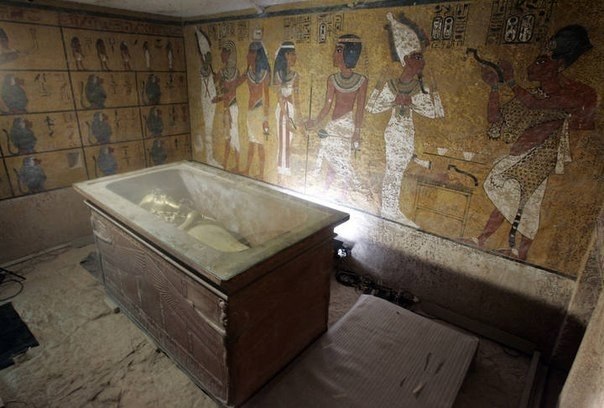 Truly unique exhibits were extracted from the tomb of Tutankhamun. It is a stone coffin with traces of sawing, a dagger of a pharaoh made of stainless steel and two small pipes. What is unique about these items? The dagger was made of an alloy of the highest quality – the masters of Ancient Egypt, his secret could not be known. There is also no doubt that the sawing on the tomb was made by a circular saw. But the most amazing exhibit are two pipes, which are made of a silver and copper alloy. One of these pipes can simultaneously enter into the trance of thousands of people. And the second is able to turn off the electricity. One of the archaeologists in 1954 blew into it, and in Cairo immediately turned off all the electricity. This incident was repeated in 1974 as well. Such findings suggest that in due time Ancient Egypt was visited by representatives of a very civilized world, which, perhaps, was located outside the solar system. And these gifts are from them.

In the treasury of the tomb were found containers on which was depicted the god Osiris. Inside these tanks was the Nile sand, sown with grain. Sprouting, the grain pierces the shoots from the body of Osiris, which means that death gives birth to life. Perhaps this is a message through the millennium, to make it clear that nothing is missing without a trace. In the tomb were also found a lot of original items – original even by modern standards. One of such items is a lamp – a gift to the pharaoh from the wife Anchesamon. If you light a fire inside this lamp, you can see through the translucent walls of the young ruler and his wife.

The discovery of the tomb of Tutankhamun was an important event in the history of mankind. She gave the modern man not only a large number of interesting things and beautiful treasures, but also a huge number of secrets that until now remain unsolved.