The Day Police Dropped a Bomb On Philadelphia 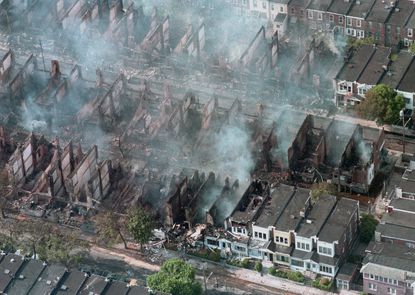 In this episode of “I Was There”, VICE meets with Ramona Africa, one of the only survivors of the police bombing in a residential neighborhood of Philadelphia in 1985. The bombing was a result of a conflict between the Philadelphia police department and the MOVE organization, the black liberation group in which Ramona belonged. The targeted house was the headquarters of the MOVE group, which had garnered complaints from their neighbors in the predominantly Black neighborhood.