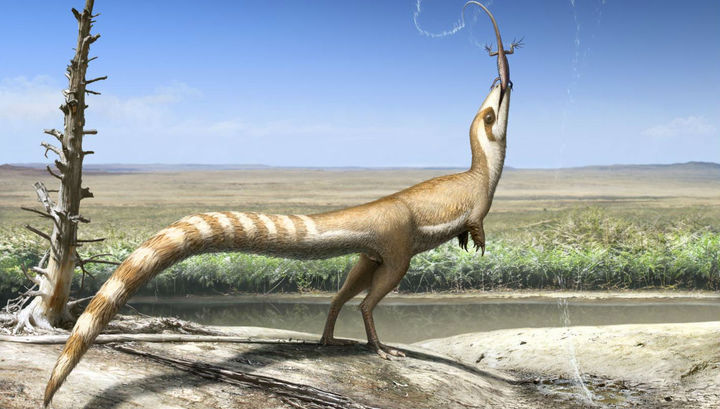 Analyzing the bones of a small fossilized dinosaur known as sinoosauropteryx, paleontologists have finally figured out what its true color was. It turns out that the ancient lizard had a streak in his eyes, which scientists joked compared to the bandit mask. Something similar can be seen in some of today’s mammals (raccoons) and birds.

For the first time, sinozaropteryx (the name means “the wing of the Chinese dragon”) was discovered in China in 1996, and he became the first dinosaur to have found evidence of the former presence of feathers. Later, scientists determined that dinosaurs could be feathered before they were divided into carnivores and herbivores and even suspected of wearing the feathers of the giant tyrannosaur king.

In a study published in the scientific publication Current Biology, it is said that a small synosauripteryx that lived on our planet about 130 million years ago, there were even several types of camouflage. For example, protective coloring (light bottom, black up), striped tail and the same “bandit mask”, like in raccoons and skunks.

Researchers from the University of Bristol, using a special technique, created images of fossils of sinozavropex in high resolution. Fossilized plumage is retained only if they are pigmented. Thanks to this, scientists, comparing the presence and absence of feathers, were able to find out the color of the ancient lizard.

By the way, before the beginning of this study, paleontologists studied another sample, finding small and round melanosomes – light-absorbing pigments found in skin and feathers. Their presence indicates the brown color of the animal. 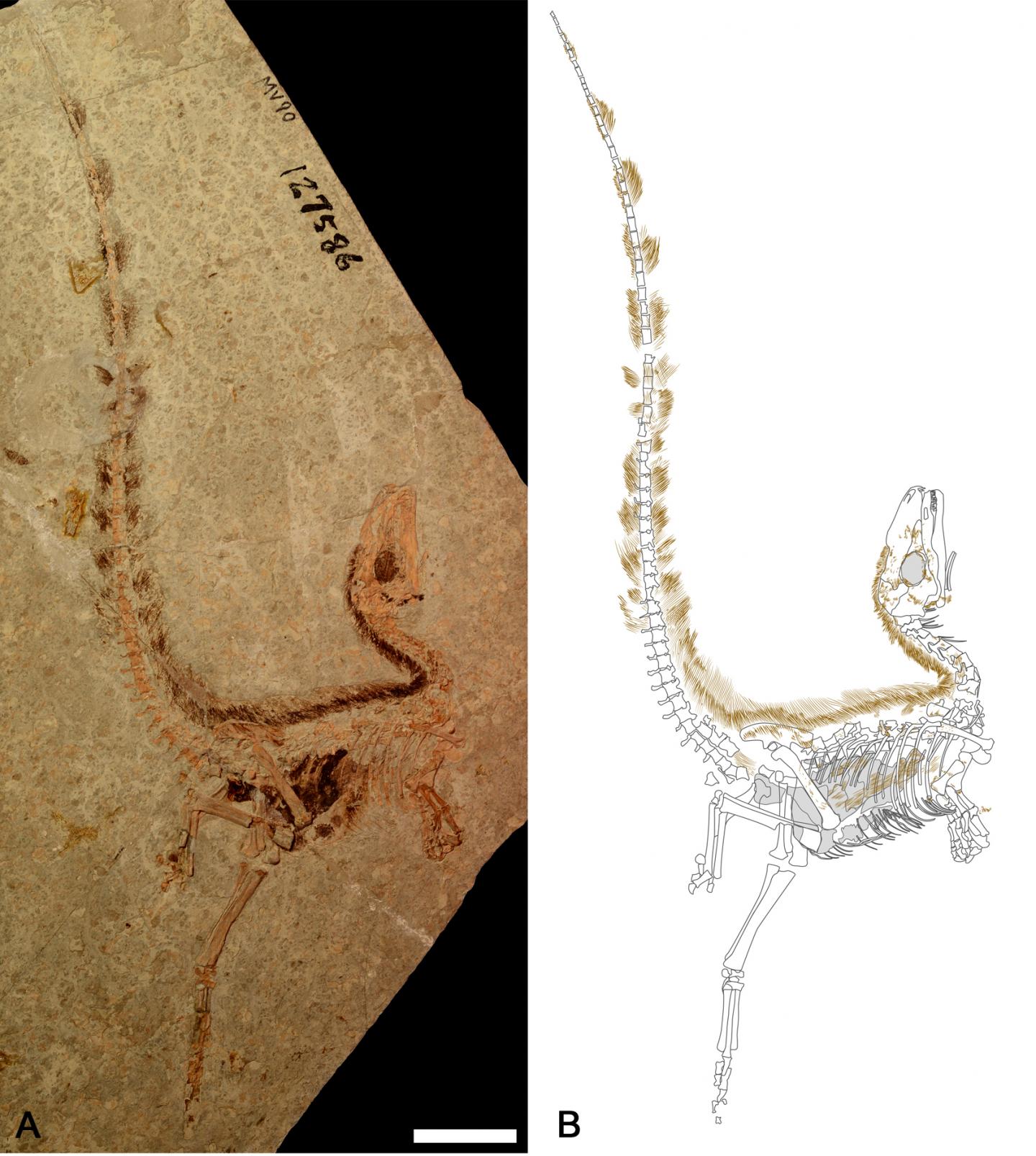 “The mask of the bandit has certainly become the most exciting discovery,” says one of the authors of the study, Jakob Vinther, “It is very common among current animals.” The exact function of this coloring is still subject to discussion, but now we can show that dinosaurs was such a drawing. ”

Most likely, the gangster mask had not one function: it reduced glare from the light (some players for this purpose draw under the eyes of black circles) and hid their eyes from predators.

“In today’s mammals, gangster masks are commonly found among small predators and serve as a kind of warning signal to larger animals,” explains Winter. Although, he said, the mask of dinosaurs served them, most likely, just like today’s birds.

Experts believe that the facial mask of a small bird of the genus Shrike allows them to hunt in the bright sun. 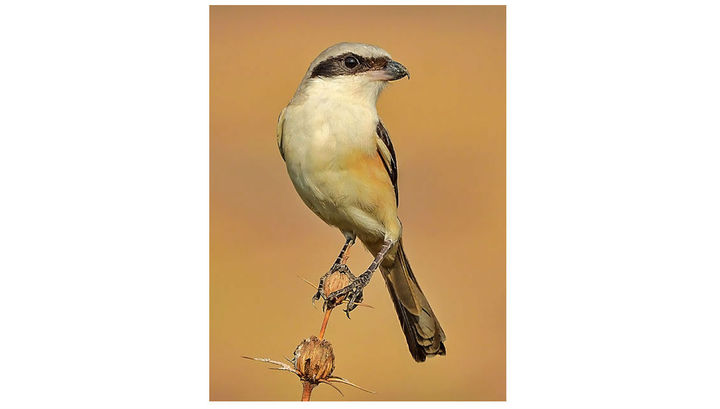 Also, paleontologists found that the tail of the sinozauropteryx was striped. And that’s not all: this ancient lizard was equipped with another protection, in which the color of the back of animals – dark, and the belly – light. According to scientists, the animals disguised in this way do not stand out particularly against the background of the environment.

Experts say that it is not surprising that dinosaurs developed sophisticated methods of camouflage, which, by the way, also implies their good eyesight.

And indeed, the small ancient lizards, like no other, needed to be camouflaged. Still, sinozauropteryx was a relatively small dinosaur, adjacent to the terrible predators. From one species of Tyrannosaurus rex, many even today can tremble their knees.

So camouflage sinozavropteksa served him a good service, I think experts. He helped not only to effectively hide from enemies, but also to sneak up on unsuspecting prey – small lizards, for example.