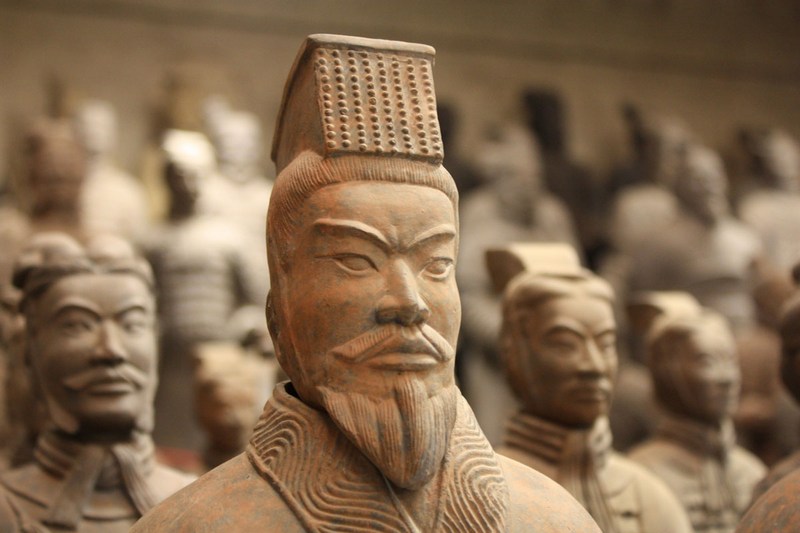 According to archaeologists, before Polo visited China in the XIII century, this country and the Western world had contact for more than 1.5 thousand years. To such conclusion scientists have studied the burial site of Chinese Emperor Qin Shi Huang in XI’an.

In 1974 the tomb was discovered more than eight thousand terracotta figures of Chinese warriors made a life-size. It is known that before in China the tradition of such statues did not exist. Usually the height of figures should not exceed 20 centimeters.

Scientists believe that the statues may have been created by Chinese artisans under the influence from the outside. Sculptors could help Greek masters in the III century BC.

I believe that the Greek sculptor may have been in China and trained local residents – said Professor Lukas Nickel of the University of Vienna.

Another group of researchers found in the Xinjiang Uighur Autonomous region in DNA samples that also suggests that immigrants from the West could live on these territories during the Qing dynasty.

To date, the Italian traveler Marco Polo (1254-1324) is regarded as the first European to visit China. The story of his journey, he presented in the famous Book about the diversity of the world. The accuracy of the facts stated in it, have repeatedly been in doubt. According to one version, the Polo might never been to the far East. To such conclusions previously reached by the Italian scholars, who spent archeological excavations in Japan.

Not less than skeptical about the stories of Marco Polo and the British scholar Frances wood, released in 1995 a book called Marco Polo Travelled to China?. In it she claims that Polo probably never been East of the Black sea, and his Book on the diversity of the world is not the work of one person and the database of medieval Europe to the far East.