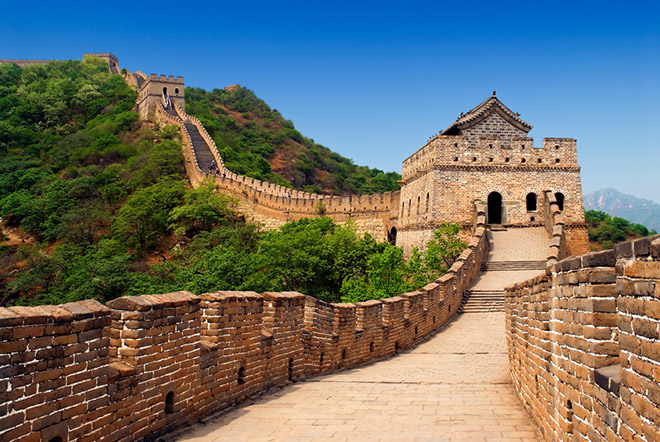 The “lost” part of the great wall rose from the waves after forty years “water prison”. Ancient ruins once again saw the light, thanks to the drought in Hebei province in Northern China, where the reservoir Pensaco.

A huge artificial reservoir created in 1978 to provide water to Tianjin and Tangshan. Part of the great wall of China slid from the hills straight into the tank for a long time “hiding” underwater.

Local news media showed video of brick masonry walls, which are crowned with almost untouched turret. Architectural structure was built during the Ming dynasty more than 500 years ago.

The place has become popular among divers who dubbed the flooded part of the wall “Chinese Atlantis.” Legendary ruins, however, appeared briefly. When in Hebei province will end the drought, the wall will once again disappear beneath the waves.

The great wall of China reaches 21195 km in length. The wall was built 1000 years. Construction was begun in the Qin dynasty (259 BC — 210 BC) to protect China from enemies to the North. The construction of the wall continued during the Ming dynasty (1368 — 1644) to protect themselves from Mongol tribes.