The Egyptian mummy of “falcon” was the child’s mummy 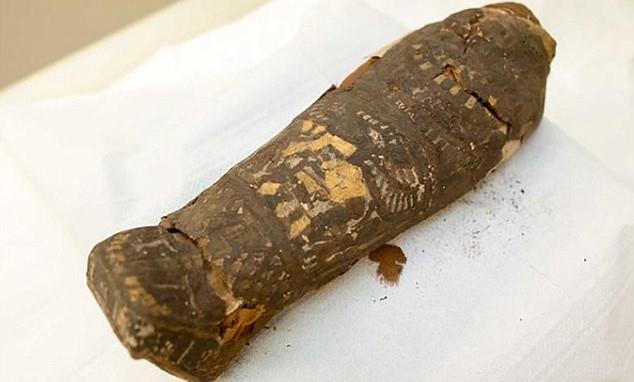 The British museum is stunned with new opening – in the scanned mummy of a hawk there was a child. The mummy belonged to the museum The Maidstone and many years carried the name “the mummified falcon”, but the carried-out scanning showed that it is not a bird at all, and the child, is more faithful an abortion, presumably an age in 20 weeks.

By means of computer scanning conducted examination of the mummified parcel who was considered a hawk earlier and Ptolemeev the period was classified as a mumifitsirovanny hawk with linen and cardboard articles (305 g BC to 30 g BC) ʺ in which revealed the child that became for all a surprising surprise.

Tentative scientific experiences let know that it is a 20 weeks fruit which is the youngest mummy of the person in all history.

Earlier in the Egyptian Luxor found a mummy which buried during Tutmos III’S government.

Remains of a mummy were wound by a huge layer of the fabric decorated with a huge number of bright patterns. The tomb as researchers believe, was a part of the temple complex erected at the time of Tutmos the Third government — the famous Pharaoh conqueror.