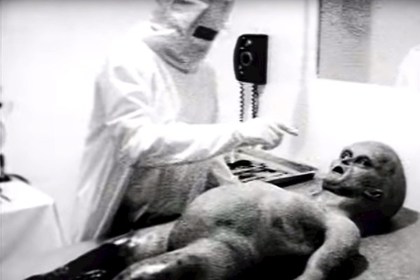 The US Air Force engineer Raymond Zymanski, who retired after 39 years of service, wrote a book “50 shades of gray”, which tells about a secret jail for aliens allegedly located in underground tunnels of the Wright-Patterson air base in Ohio.

According to Zimanski, he learned the secret in the first week of service from his mentor, who is called Al. He allegedly said that after the crash of a flying saucer in New Mexico, known as the Roswell incident, the car and its inhabitants were delivered to this base. During the following decades, Zhimanski repeatedly participated in conversations that confirmed the words of Al. “And no one has ever said -” you’re crazy, we do not have any extraterrestrials! ” Many smirked, but no one denied “, – the author of the book emphasized.

ZHIMANSKI added that he personally did not see any dungeons or aliens, but several times he met on the basis of characters similar to the heroes of the film “Men in Black” dressed in dark suits and hats even on hot summer days. In his opinion, these were employees of the government special service, who were engaged in concealing evidence.

Gray in ufology is called one of the alien races. They are described as anthropoid beings without obvious sexual characteristics, with a smooth gray skin, a disproportionately large head and large black eyes.