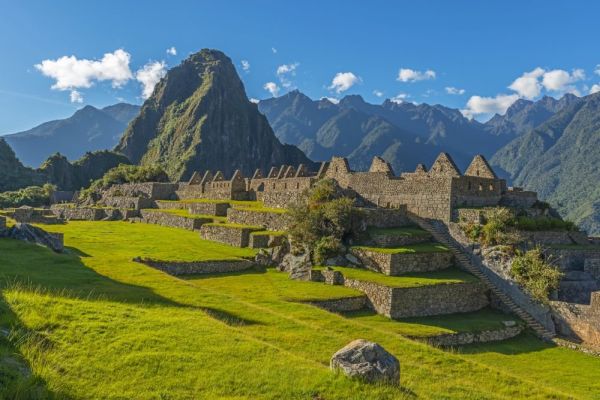 Polish architect Anna Kubicka from the Wroclaw University of Science and Technology presented a study proving that the Incas used two systems of measures when planning buildings in the famous city of Machu Picchu in Peru.

According to Nauka w Polsce, Anna Kubicka published the results of her research in her doctoral dissertation. She conducted field research in the mountainous city of Machu Picchu.

In her opinion, the Incas used two types of measures in the planning of buildings. For one of them, the base length was 42 cm, and for the other – 54 cm. Scientists had guessed about the existence of the first of them earlier, but the second type of measures was a complete surprise for them.

Until now, studies of the Inca system of measures have been based on the chronicles of the 16th-17th centuries created by the Spaniards, as well as on their interpretation of the Quechua language. These sources contain information on anthropometric systems of measures, that is, on indicators determined, for example, based on the length of the forearm. However, no one knew exactly what numerical value these measures had.

“Scientists have suggested that the average height of the Incas was about 1.6 meters, therefore, their elbow could be from 40 to 45 cm – says Dr. Kubicka. – However, so far there has been no research that would analyze the size of buildings and their elements Such calculations would allow finding the basic module. ”

The required field measurements at Machu Picchu were made in 2010-2017 using laser scanning technologies. Dr. Kubicka then performed a metrological analysis using the cosine quantogram method. It was developed by British explorer Kendall in 1974 to analyze measures of length in megalithic structures.

Kubicka found that the Incas used two modules (or two so-called quanta) to plan their buildings. The base length was 42 cm and it corresponded to the length of the elbow. The second type, 54 cm long, remains an unknown quantity. It is only clear that it was not the result of a direct copy of the length of any part of the human body.

Dr. Kubicka in her work called it “the king’s elbow” because it was a unit of measurement used in the construction of structures for people of higher rank. Thus, the “royal elbow” was used to plan the palaces and houses belonging to the Inca elite.

The study also confirmed the hypothesis that the city of Machu Picchu was built in the first half of the 15th century. Previously, scientists determined that different styles of masonry were used during its construction. This made it possible to assume that the Incas used the labor of representatives of other peoples living in the territory of the empire, who followed their building traditions.

The new work proves that although many building styles have been found in the city, all buildings were erected using only two types of measures. Kubicka considers this as evidence that the layout of the city of Machu Picchu was under the strict control of the imperial architects, who used exclusively their system of measures.

The question now arises as to whether a similar system of measures was used in other Inca cities in Peru? Until now, no one has considered it. It is possible that the units of measurement me