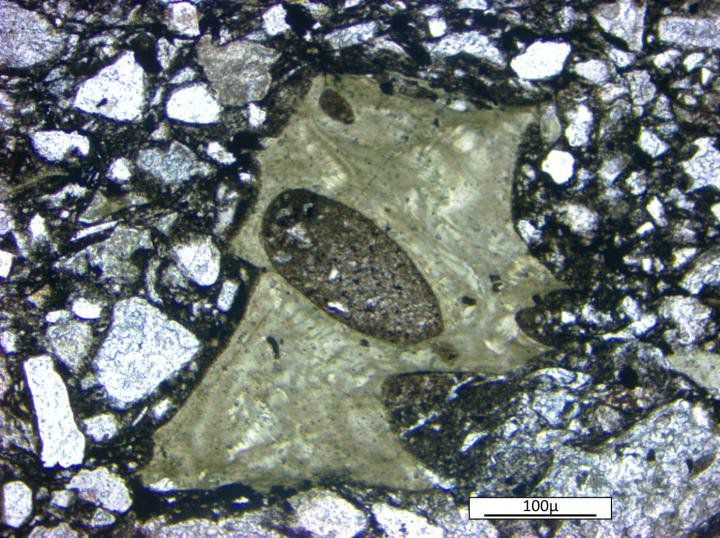 Meteorites bombarding the Earth’s surface could respond not only to the formation of craters – they could also stimulate volcanic activity, which had a big impact on the surface of our planet and the climate on it. These findings were made by a team of geochemists from Trinity College (Dublin, Ireland), who discovered that the fall of large meteorites on the surface of our planet was accompanied by powerful, prolonged and explosive volcanic eruptions.

In its work, the team studied the rocks that fill one of the largest surviving impact craters on our planet, located in the city of Sabery, Canada. The meteorite responsible for the formation of this funnel, crashed into the surface of our planet 1.85 billion years ago.

The key finding of this study was the discovery of the fact that the composition of the material filling this crater changed over time. Immediately after the collision, volcanism was directly related to the melting of the Earth’s crust. However, over time, volcanic activity began to be supported by magma, which comes to the surface from deeper layers of the Earth.

Professor of Geology and Mineralogy from Trinity College Balz Kamber said: “These are very important findings, as this means that the source of magma for volcanoes has changed over time. The significance of this discovery is that large collisions of asteroids with the early Earth could have had a much greater impact on our planet than previously thought. “