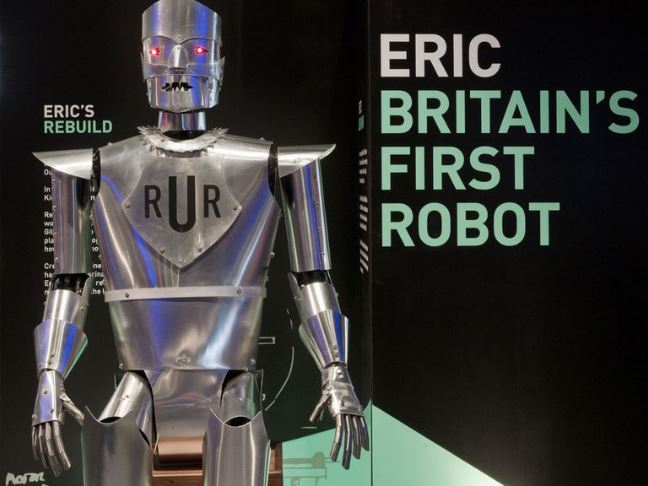 Eric was built in 1928 and was able to stand upright and to move the hands. Science Museum of London has restored a robot named Eric and now it will be on display in an exhibit within the larger Exhibition of robots.

Nobody knows where did the original Eric. Perhaps the terrible red eyes and sharp metal teeth “knight in shining armor” led to the fact that they got rid of him quietly, so as not to injure the fragile psyche of his contemporaries.