The first community was driven by women 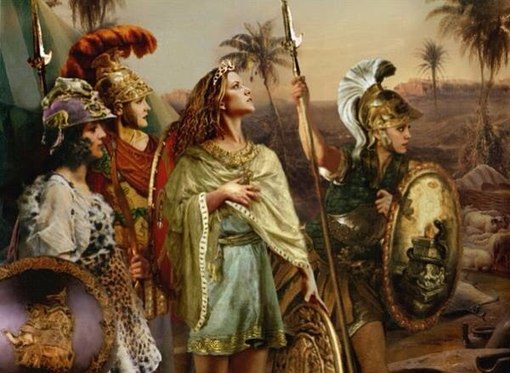 The researchers found proof of the theory, claiming that ancient human societies were characterized by matriarchy. Around the mid-nineteenth century, many anthropologists began to actively talk about what the first community of people that emerged after the collapse of primitive society, ruled by women. This theory was developed by the classics of Marxism: according to them, large groups are generally very difficult to establish paternity. Now most of the scientists skeptical of this version. Researchers believe that the “absolute” of matriarchy did not exist in any of the periods of human development.

Now, however, a group of archaeologists came to unusual conclusions. American Douglas Kennett (Kennett Douglas) and his colleagues analyzed the burial places of the Indians, previously discovered in the United States. We are talking about the graves of notable representatives of the tribe of Pueblo. This group of Indian peoples living in the southwest USA. Scientists have analyzed the fragments of the genomes of dozens of notable representatives of the Pueblo tribe, who lived approximately 1130-800 years BC and was buried in the canyon of the Chaco. All these people have the same mitochondrial DNA, which was a clear indication of the existence of the “parent” of the dynasties.

The fact that mitochondrial DNA is passed only from mother to her children and male sex cells do not contain mitochondria. In other words, the power transmitted through the maternal line, and the ruling dynasty, judging by the age of the remains found in the cave could exist for centuries. Only one female line, as it turned out, lasted 330 years and played an important role in the culture of the Pueblo.

The experts, however, do not rush to draw far-reaching conclusions, believing that we can talk about some local phenomenon, not affecting the main part of the ancient human communities.