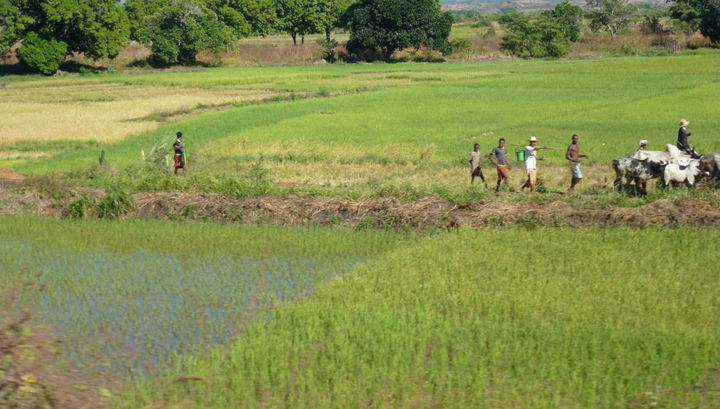 For millennia, Madagascar was left untouched Paradise to baobab trees, strange birds and unique group of primates – lemurs. But about 1000 years ago the first people arrived on the huge island located near the Eastern coast of Africa.

Recently scientists at Oxford University have found the first archaeological evidence that the first inhabitants of Madagascar, may have come to the island from South-East Asia.

According to this version, the first man arrived on the island not from Africa, from which Madagascar is approximately 480 kilometers, but from a much more distant places.

So, archaeologists discovered the remains of mung beans and rice, which the first settlers brought with them during their journey across the ocean – a distance of over 6000 kilometers.

These findings confirm the surprising findings of genetic research. Then it turned out that the people of Madagascar have family ties with residents of Malaysia. It also explains the incredible fact that the islanders speak the Malagasy language, which is unique to South Asia.

Dr. Boivin Nicole (Nicole Boivin), an archaeologist from Oxford, says that’s probably austronesia (Austronesians), made a trip to Madagascar about a thousand years ago, brought back grain that grew in their homeland.

In her opinion, it was the inhabitants of South-East Asia brought grains, characteristic of their native places, and began to cultivate them, when he reached Africa.

“This means that archaeologists can use leftover grains as evidence of insights about the island’s history,” says Boivin. — There are many things that we still do not understand about the past of Madagascar, it remains one of the biggest mysteries. But what is amazing is the fact that we finally got a way to open a “window” in the mysterious story of the island”.

The researchers analyzed plant material 18 ancient settlements in Madagascar and the neighbouring Islands. They studied about 2500 plant residues and found significant differences.

Typical African crops such as baobab, sorghum and millet were distributed mainly on the East coast of Africa and Islands adjacent to Madagascar, such as Mafia and Zanzibar.

But in Madagascar and the neighbouring Comoros grains were clearly of Asian origin. The data show that the Asian grains appeared here between the eighth and tenth century ad.

Dr. Alison Crowther (Alison Crowther), an archaeologist at the University of Queensland said that scientists were particularly surprised by the presence of Asian crops in the Comoros.

“This was a complete surprise to us. So how do people in Comoros speak African languages, and they don’t look like they have Asian roots, ” she says. – We were surprised when she identified the contrast that arose between crops of the Eastern coast of Africa and offshore Islands with those that were in Madagascar and Comoros”.

Boivin concludes: “It’s very interesting how much we have to learn about this fascinating migration.